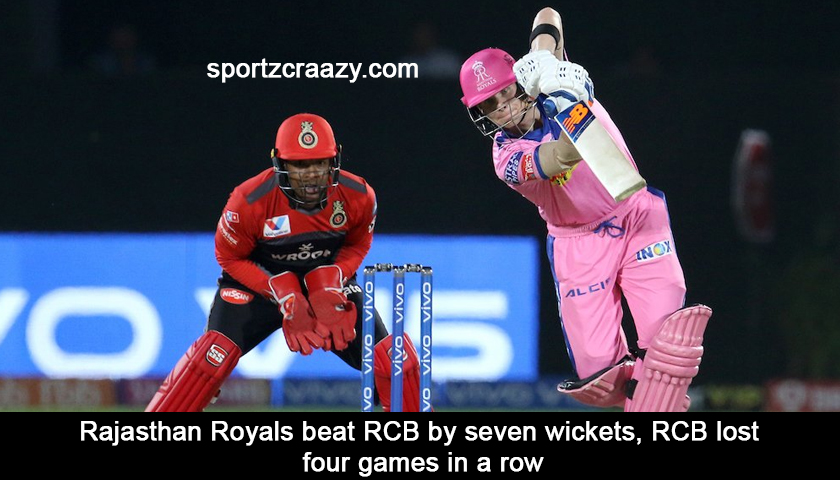 Chasing a below-par 158, England’s wicket-keeper gave Royals a blistering start, even as Ajinkya Rahane played as a second fiddle. Jos Buttler continued his good form, smacking 59 runs off 43 balls. His match-winning innings included eight fours and a six, while Rahane made sure he held his wicket at the other end.

Kohli didn’t bring Chahal until the eighth over, as the Royal’ duo reached 50-run mark in just 6 overs. RCB biggest bet, Yuzi Chahal did give RCB some respite, claiming both Rahane and Buttler’s wicket

However, Steve Smith and Rahul Tripathi made sure they won’t suffer collapse much like the other day with Delhi Capitals as the duo steered his team through before Smith lost his wicket in the penultimate over on 39 off Siraj.

Perhaps, it was too late for RCB as Rajasthan won the contest in the end by seven wickets. 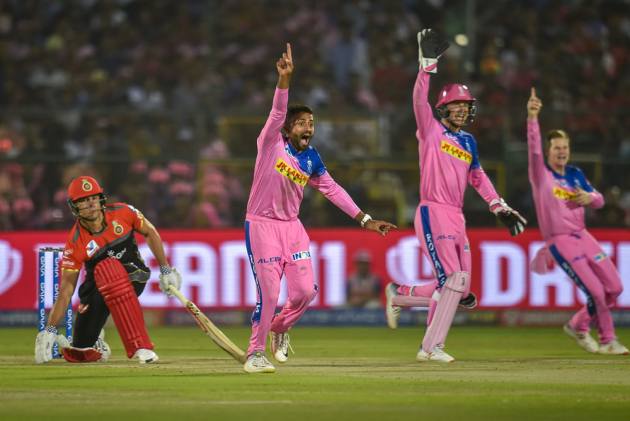 Virat Kohli’s uncharacteristic inning of 23 runs off 25 just never got set. A strange inning you would call it, the pressure has now taken a toll on his batting as well as RCB miseries continue to sparkle.

While Parthiv Patel was holding the wicket together at one end, wickets kept flowing at the other. De Villiers fell cheaply on 13, even as Shimron Hetmyer failed to reach double digits for the fourth time in a row.

Playing for the first time in the tournament, Marcus Stoinis made sure he bat through the innings, as he along with Moeen Ali help RCB go past 150-mark in the end. While Marcus played just over run-a-ball innings of 31 off 28, Moeen Ali struck two fours and one six in his 9-ball cameo of 18 runs.

Rajasthan best speedster Jofra Archer went for plenty of runs, going at over 11 in his quota of four overs. He conceded 41 runs, while his ally Ben Stokes gave away 29 runs in three overs.