KKR vs DC Match Summary: Once again after playing a good inning in a run-chase, Rishabh Pant lost his wicket in the death overs only to cause tension in the dug-out. However, an adamant Shikhar Dhawan made sure he is there till the end at the crease who played arguably his best knock of the tournament, and in the process, helped his register seven-wicket victory over KKR on Friday.

Shikhar Dhawan anchored the run-chase for Delhi Capitals, scoring an unbeaten 97, an innings that will surely be remembered for long. Dhawan’s knock included 11 fours and two sixes. The southpaw played some stylish cover drives and cuts in his match-winning knock on Friday. The left-hander smashing the ball to Prasidh Krishna over cover for a six was certainly the shot of the match.

Rishabh Pant also played a good hand in his knock of 46 off 31 as the duo combined together to put on a match-winning 95 run partnership to beat the number two side in the tournament at Eden Garden with seven balls left in the end.

Earlier, Shubhman Gill also played a masterclass inning of 65 runs off 39 balls on Friday. With Narine not being in the side, Shubhman Gill was offered the chance to open the innings as the right-hander grabbed it with both hands, hitting as many as nine boundaries in his stay at the crease.

While the top-order batsmen kept coming and going, Gill held his innings together and made sure he keep the run-rate going at over eight an over.

A super performance in Eden Gardens as we do a double over the Knights! 🐯#ThisIsNewDelhi #DelhiCapitals #KKRvDC #IPL #IPL2019 pic.twitter.com/USfXjnQkjO

Having said that, Delhi seamers bowled a lot better than what the scoreboard suggested at the end. Ishant Sharma bowled a brilliant opening spell in the power-play overs. The right-hander leaked just 17 runs in his first three overs including a wicket-maiden over. Sharma bowled as many as thirteen dot-deliveries in his quota of four overs.

Chris Morris also displayed his class in the death overs while getting the most-important wicket of Andre Russell in the 19th over. KKR’s total could have reached over 200, had Russel stayed there till the end. Credit to Morris who trapped Russel with a well-planned fuller delivery outside off which went straight to deep cover only to send an in-form Russel back to the pavilion.

Shubhman Gill lost his wicket in the fifteenth over after making a well-made half-century, even as Andre Russel took it from there to continue the muscle-mania. It has been a Russel show right from the start of the tournament, and once again, the all-rounder went hammer and tongs to Delhi bowlers, showcasing his act of power and class.

Andre Russell scored a quick 21-ball 45, which included four sixes and three fours in a late flourish, as KKR posted 178 at the end of twenty overs in the first innings. 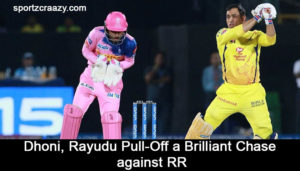 Dhoni, Rayudu Pull-Off a Brilliant Run-Chase against RR, Win the Match by 4 Wickets 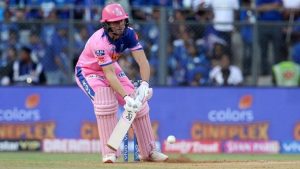 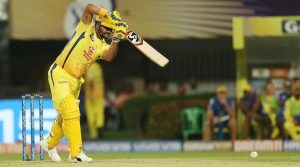 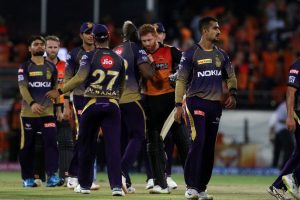 SRH Cruise to a Nine-Wicket Victory over KRR
Join us: