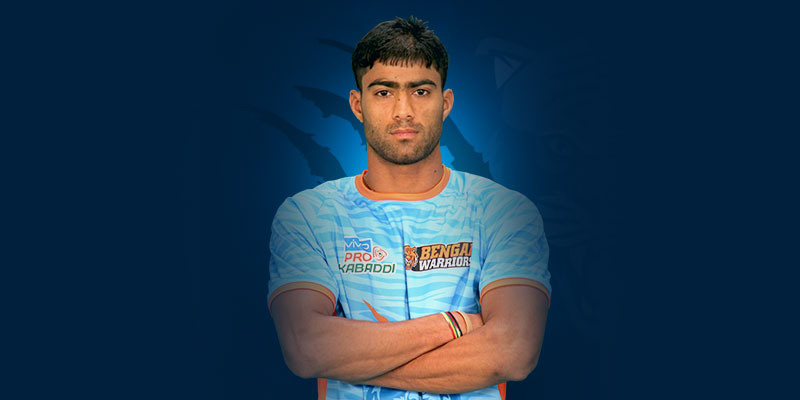 He got into Kabaddi and made his debut in Season 4 of Pro Kabaddi League, playing for Bengal Warriors. Bengal warriors selected Ravindra through the new young player category.

Ravindra joined Bengal Warriors through the New Young Player category during Pro Kabaddi Season 4. He spent the season mostly on the bench but was one of the important strength points for the team. Bengal warriors retained him for the next season as well as he continued to work on his Raiding skills.

Pro Kabaddi Season 5 saw Ravindra getting a number of chances as he started getting picked up in the starting squad of the team. He went on to play a total of 12 matches and scored 42 points. His ability to contribute in the defense led him to be a helpful player in the team and he also went on to become back up all-rounder for Bengal Warriors.

Bengal Warriors trust in him continued further as they retained him for Pro Kabaddi Season 7 for an amount of Rs. 12.5 lakh. With important players like Maninder Singh, K Prapanjan, and Sukesh Hegde. Ravindra saw again himself sitting on the bench more than he would have asked for. He played just four matches and scored eight points.