Portland Trail Blazers’ guard CJ McCollum who has led the side along with his Damian Lillard has opened on the current season’s fate and how the players need to get back in shape if the season resumes at any point of the summers this year.

One of the stars of the Portland Trail Blazers, who had decided of not building a basketball gym in his house, as he always got the access of the team’s practice facility whenever he wished to. But the pandemic was inevitable, has brought the sporting world to the standstill. 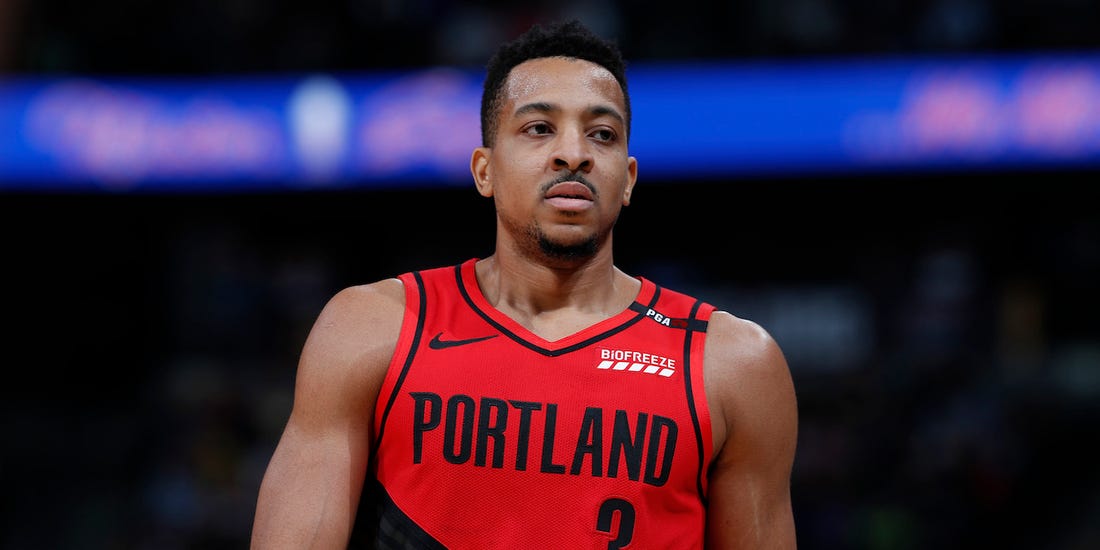 Despite the lockdown, McCollum emphasized that the players shall continue their practice even at homes as he said, “I think the first thing we would have to do is get in shape. Game shape — obviously, we are all trying to work out. We’re trying to do what we can at home. Some people are going on runs, maybe riding bikes. I have a stationary bike.”

And as per the reports, the only Trail Blazer players who are currently allowed to enter the practice facility are Jusuf Nurkic, Zach Collins, Rodney Hood as they are still receiving the rehab.

McCollum also said he believes that the teams were drafting plans of getting through this phase and able to transition swiftly to getting back and competing in full-court scrimmages. The 28-year-old guard said that he hasn’t taken a basketball shot in the last two weeks and mostly spending his time on conference calls, and still hoping the season to resume as early as possible.

“I’m trying to stay as close (to game ready) as possible, but it’s hard,” McCollum said. “It’s hard to train in a way that’s effective when you don’t have all the resources. I’m not complaining about it. This is the situation I’m in, I’m cool with it, but to actually be able to shoot would be great.”  McCollum said.

Before the season was suspended, The Blazers were in ninth place in the Western Conference standings with 16 games left in the regular season before the postseason.