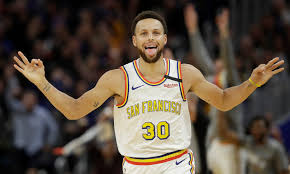 Former Basketball Player Rashid Philips feels the success of Stephen Curry is not an underdog story. He is a star player and he was born to succeed.

When Curry was drafted first time in NBA Draft no one thought he will make it big one day as compared to all other players.  However, after a few years, he proved his mettle and became one of the most successful players in the league.

Curry was born to Dell, who was a former NBA player and Sonya, who herself was a sportsperson during her school days.

A lot of credit for Curry’s success deservingly goes to his parents as they supported his child throughout and saw the spark in him and through his dedication and hard work he has made his name in NBA.

“Steph isn’t as an underdog story as u want it to be. Isn’t he great? Yes. Is he legendary? Yes. Did he change the game? Yes. He was born to play this game. Father former NBA sharpshooter and mom volleyball player. Curry was built for success and there’s nothing wrong with that,”.

He further tweeted that the success of Curry is an inspiration to several children in America.

“Steph’s rise to greatness is how we try to raise our children. Suburban neighborhoods, no financial stress, good schools with perfect surroundings for them to chase their dreams. Steph Curry is the American dream. The older I get I see it. His parents deserve so much credit,”.

Talking about his stats in NBA, he has been associated with global basketball league for the last 11 years and currently, is a three-time NBA Champion along with two times NBA’s most valuable player.