Krylya Sovetov are placed at the bottom of the league table with just 22 points from 24 matches. They suffered three consecutive defeats against Zenit St Petersburg, Akhmat Grozny and FC Tambov. They are eying to avoid the relegation zone. Their new head coach Andrey Talalaev will need to change their formation and improve their defense skill against Lokomotiv. In the previous 5 outings, Andrey Talalaev’s side has picked up four points. Talalaev is still searching for the first victory as a new head coach.

Krychowiak is the leading scorer for Lokomotiv Moscow. He has performed high in defending role and netted 9 goals this season.

Miranchuk has been pivotal this season for Lokomotiv. He has netted 8 goals and provided 3 assists in the league this season.

Sobolev is Krylya Sovetov Samara’s top scorer. He has scored 10 goals and provided 3 assists in the league this season.

Zinkovskiy has been impressive in the midfield line for Krylya Sovetov. He has provided 7 assists in the league this season. 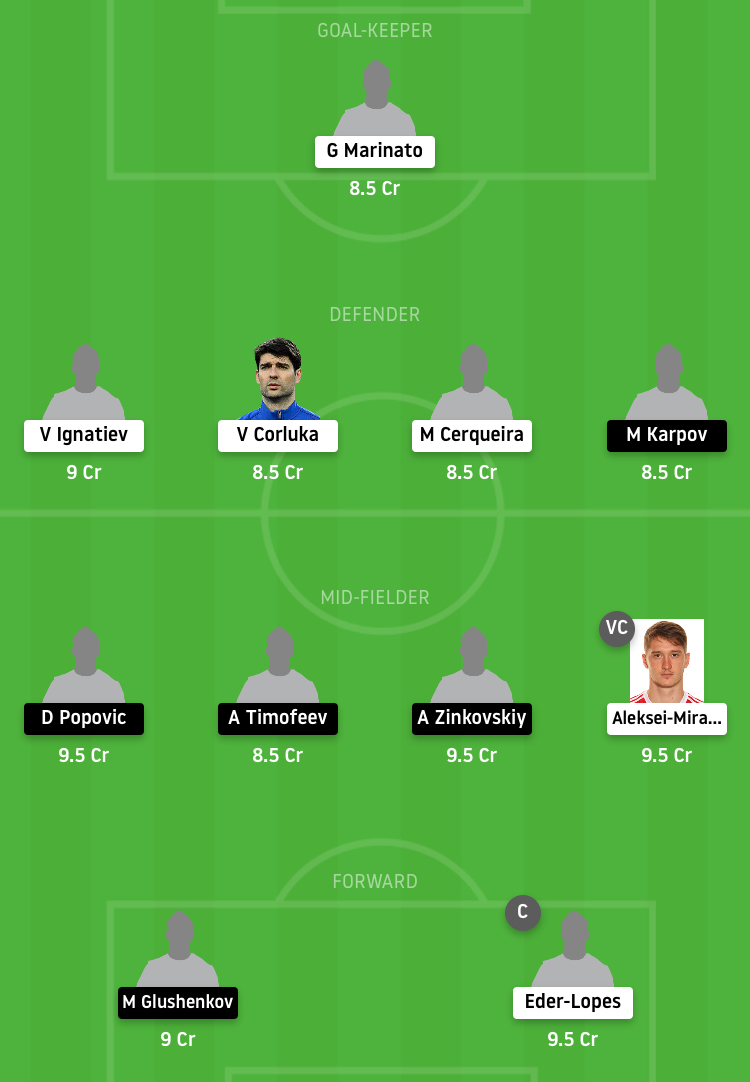