Football is the most popular sport in the world and thus it is bound to have a rich history. It is believed that the first written association football rules were compiled over 150 years ago in the year 1863.

These rules effectively marked the start of football as an official sport. There have few tweaks and turns in the rules of the game, however, majorly the rules have remained the same as the sport has evolved significantly. Today, football is played in almost all countries with almost vast array of professional leagues and tournaments.

A countless number of games have been played in these soccer competitions. And, as one could imagine, there would have been countless moments that have left their mark on the history of sport forever.

Thus, it will be a truly impossible task to create a complete list of all the moments in soccer history that have been memorable for one reason or another. That is the reason why Team Sportzcraazy have brought forward 5 top moments that according to us we feel should be mentioned for everyone to have a special look at.

Here is the list of 5 Most Memorable Football Moments:

#1. Maradona’s Hand of God and Goal of the Century

The 1986 Mexico World Cup has often been referred to as the most exciting World Cup. Led by the magic of talisman Diego Maradona, Argentina lifted the title by beating West Germany in the final. The competition was full of dramatic games, but all one will remember will be the quarterfinal clash between Argentina and England.

This match highlighted the best and worst of Maradona. The South Americans dominated the first half but failed to score a goal. They started the second period brightly as well and went ahead just six minutes after the interval.

However, the problem is that this goal should have never stood. As Maradona found himself one-on-one with the keeper in the box, he looked like he wouldn’t be able to get to the ball first and this is when he used his hand to score and started celebrating instantly.

The linesman and the referee both missed the blatant handball as the goal was given. The English players went furious and protested fiercely but couldn’t do anything. Maradona later described this as a divine intervention, which is why this goal is now often referred to as ‘The Hand of God’.

Four minutes later, Maradona got the ball around the middle of the park and dribbled through a bunch of English players before finding the net for the second time.

His dribble and the sublime skills displayed in the process made this goal to be called ‘The Goal of the Century’.

Gary Lineker pulled one back for the European nation but England didn’t manage to force extra time, so Argentina won 2-1 and then went on to win the World Cup.

Another controversial goal in the history of the sport that brought England the World Cup in 1966. England were the hosts of the World Cup and reached the final with strong displays on the pitch beating the likes of Argentina in the last eight, as well as Portugal – led by Eusebio – in the semis.

They were up against a strong German team who defeated the likes of Uruguay and the Soviet Union on the road to the final.

The two rivals met at the legendary Wembley Stadium in what is perceived by many as one of the most entertaining finals in World Cup history.

The Germans struck first before Geoff Hurst equalized, both of the goals scored inside 18 minutes of the game. The draw remained intact up to the 78th minute when the drama unfolded as Martin Peters helped England lead the match 2-1 However, the Germans found a way to equalize through Wolfgang Weber just a minute before the end of regular time which made the match head towards extra time.

In the 101st minute, Geoff Hurst received a ball in the box and found space to shoot after a great first touch. His effort hit the bar and fell somewhere around the line. As per the referees, it was behind it and the goal was given. This broke the Germans, as Hurst completed his hat-trick at the end of extra time, with England lifting the World Cup for the first time.

One of the tragic moments in the history of the game, this memory still haunts soccer fans around the world.

Liverpool were playing Nottingham Forest at Hillsborough Stadium in Sheffield on April 15 1989, in an FA Cup semi-final match when suddenly one of the stands with Liverpool supporters collapsed, killing 96 people and injuring another 766.

This incident led to numerous changes in the safety regulations at English stadiums. Initially, the English police used the hooligan issues at the time as an excuse for the accident, however, after years of investigation and two independent inquiries, the truth prevailed.

The case occurred due to the gross negligence by the police, the ambulances that were supposed to help and also due to the stadium’s architecture.

#4. The Miracle of Istanbul 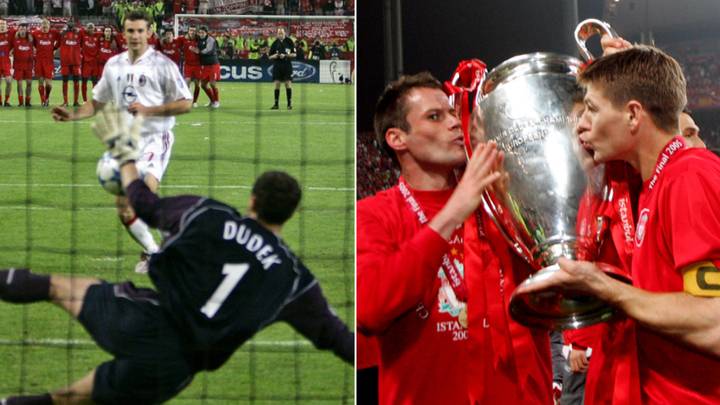 No other UEFA Champions League final match has been such exciting and memorable than the one played in Istanbul in 2005 where Liverpool met AC Milan. With the likes of Paolo Maldini, Andrea Pirlo, Cafu, Kaka, and Andriy Shevchenko, all believed Milan to win easily.

The Italians dictated the tempo from the word go, opening the opposition’s defense wide open almost at will as their skipper Paolo Maldini gave his team the lead in the very first minute. Crespo added two more goals towards the end of the first half, as the game now looked all but over with Milan leading 3-0 in the first half.

However, Liverpool bounced back. A long-range strike by captain Steven Gerrard brought some hope to the Reds’ fans five minutes after the restart. Vladimir Smicer added another goal in a similar fashion, and the game was tied within only 10 minutes when Xabi Alonso scored another in the 60th minute.

The match ended in a stalemate at the end of the final period as the game went to extra time. Jerzy Dudek then displayed his heroics as First, the Polish goalie made an absolutely stunning double save off Andriy Shevchenko’s strike to keep his team alive.

Later, as the match headed into the penalty shootouts, Dudek started getting into the minds of his oppositions as he started making weird movements with his arms and legs in an attempt to distract them.

The move worked wonders, as Serginho blasted the first penalty for the Italians over the bar while the shots of Pirlo and Shevchenko were saved by Dudek.

This was enough for the Reds to win, since Hamann, Cisse, and Smicer found the net in their respective chances. Liverpool won the penalty shootout, and the Miracle from Istanbul was complete. It remains one of the most beloved moments for soccer fans from all over the globe. 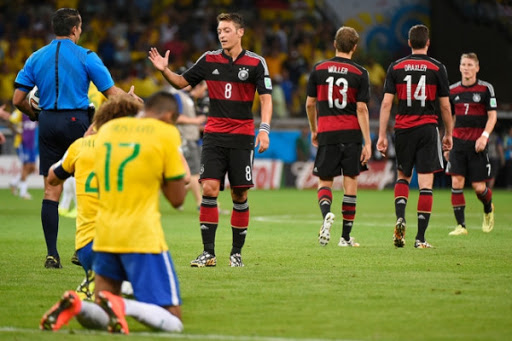 Brazil had a tremendous run up to the semis with their star-forward Neymar playing exceptionally well scoring a lot of goals. However, he got injured in the quarterfinals against Uruguay and thus was out of the semi-finals clash against Germany. Further, the hosts also lost their best central defender and skipper Thiago Silva due to suspension.

This proved to be a major episode for the hosts as they lost to the eventual champions Germany 7-1 which made a number of fans remember the Maracanazo (Spirit of National Shame) match which Brazil had unexpectedly lost the 1950 FIFA World Cup on home soil to Uruguay and thus this game was named Mineirazo.

The score was 5-0 before the 30th minute, and one could say that Germany actually stopped pushing that hard afterward. The eventual champions had one of their best games in history, destroying their opponent with devastating counters and finding the net at will.

It was the biggest humiliation in Brazil’s soccer history and a game we as fans will never forget.