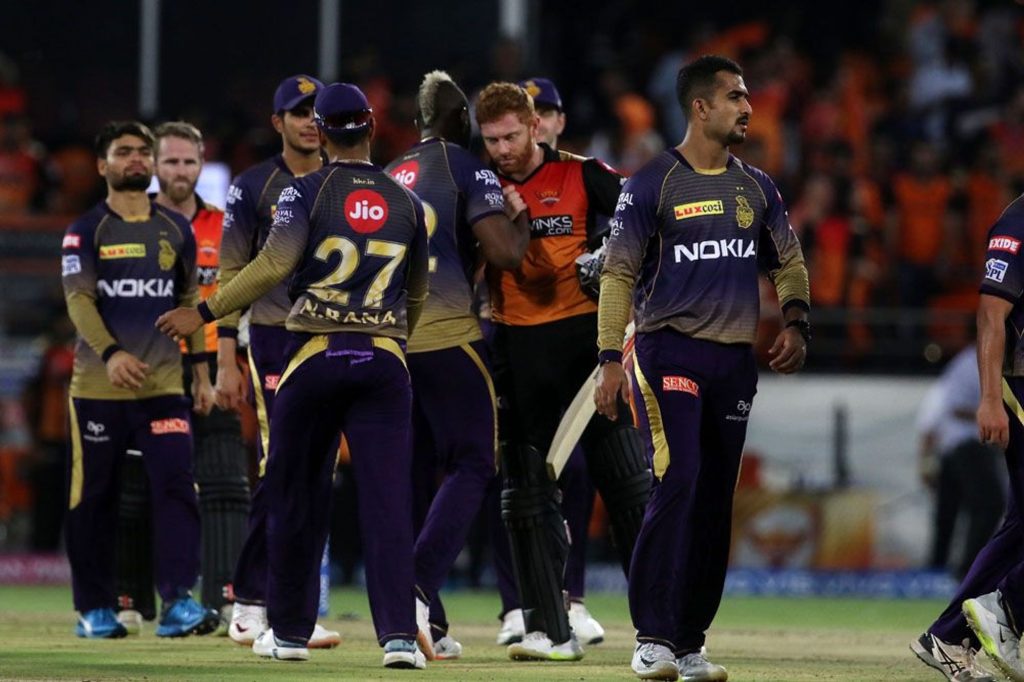 KKR vs SRH Match Summary: KKR rode to a quick start, however, lost their way in the middle as they were restricted to 159 for 8 in the first innings. Some smart bowling changes by the captain, good fielding and not the best batting enabled the below-par score. Sunrisers Hyderabad kept picking wickets at regular intervals with Khaleel Ahmed picking three.

Sunil Narine gave KKR a flying start with his quick fire 8-ball 25, however, wickets after then just kept falling at regular intervals. The middle order collapsed once again as the likes of Shubman Gill, Nitish Rana, and Dinesh Karthik went for 3, 11, and 6 respectively.

However, Chris Lynn made sure the runs kept coming at one end as continued his good form in the tournament, notching 51 runs off 47 deliveries, including four fours and a six.

KKR again missed the trick by not sending their best batsman, Andre Russell early in the innings. The West Indian all-rounder came in at the 18th over of the innings.

Russell hit Bhuveneshwar Kumar for a couple of sixes before he hits a low full toss straight to deep mid-wicket on 15. 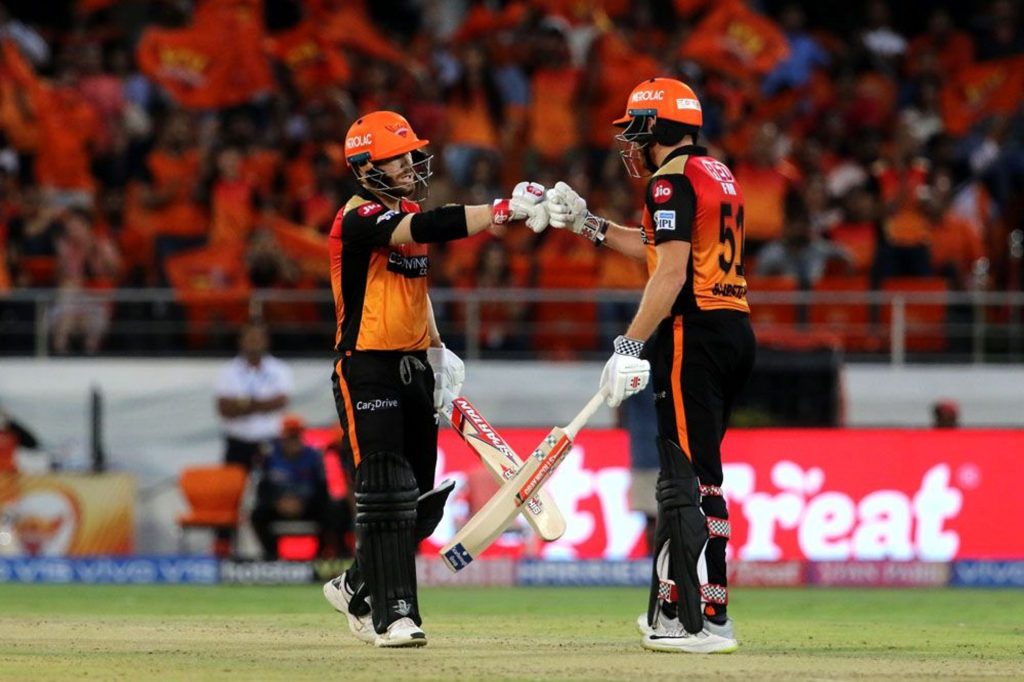 KKR vs SRH Match Summary: Warner-Bairstow duo once again made a chase look like walk-in-the-park, putting on the 131-run partnership between them for the first wicket as SRH cruised to a nine-wicket victory over Kolkata Knight Riders on Sunday.

Jonny Bairstow remains unbeaten at 80 off 43, while Warner notched up 67 runs off 38 deliveries. The duo didn’t get to a flying start but made sure they stay to the crease as long as possible.

Sunrises have now come ahead of Kings XI Punjab, having 10 points in total nine matches. While KKR riders would like to forget this match as they are now at the sixth position with only four wins in ten matches.

Khaleel Ahmed is adjudged the Man of the Match award for his game changing three wicket haul ?? pic.twitter.com/2vq7gNX1GZ