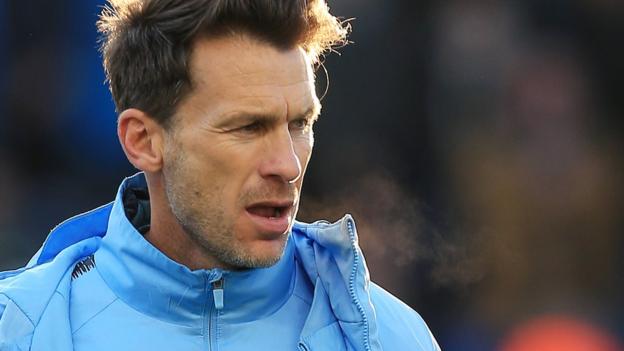 Manchester City on Thursday announced the appointment of Gareth Taylor as head coach of the club’s women team. Taylor has appointed the coach on a 3-year contract as he previously leads City’s under 18s for the past three seasons.

Taylor has succeeded in the role of Nick Cushing who also started his coaching carrier with Manchester City for six years before switching to New York City FC. After his appointment was confirmed he said I am excited about this as I will be working with a talented lot which has huge potential all they need is the right direction.

He talked about his excitement and happiness in detail where he said: “I am delighted to join Manchester City Women’s team and I am extremely excited about the challenge ahead with a very talented group of players and staff who have enjoyed a lot of success in recent years”. It was quoted on the club’s official website.

He further added that “I am honoured that I have been given this role and I can’t wait to get started with our preparations for another thrilling and competitive FA WSL season in 2020-21”.

On his appointment, the Head of Women’s Football Gavin Markel said “I am delighted to welcome Gareth into the role of Manchester City Women’s Head Coach. Not only his ability to train individuals but his ability to lead the group is simply phenomenal and that is something that we all admire about him and also the experience that he brings to the table is valuable especially during Major Championship”.