The javelin throw is a unique game that involves both the usage of track and field.  Javelin is a spear of around 2.5 m or around 8 feet in length. The thrower has to throw the javelin powered by the rhythm got through running within a specified area. 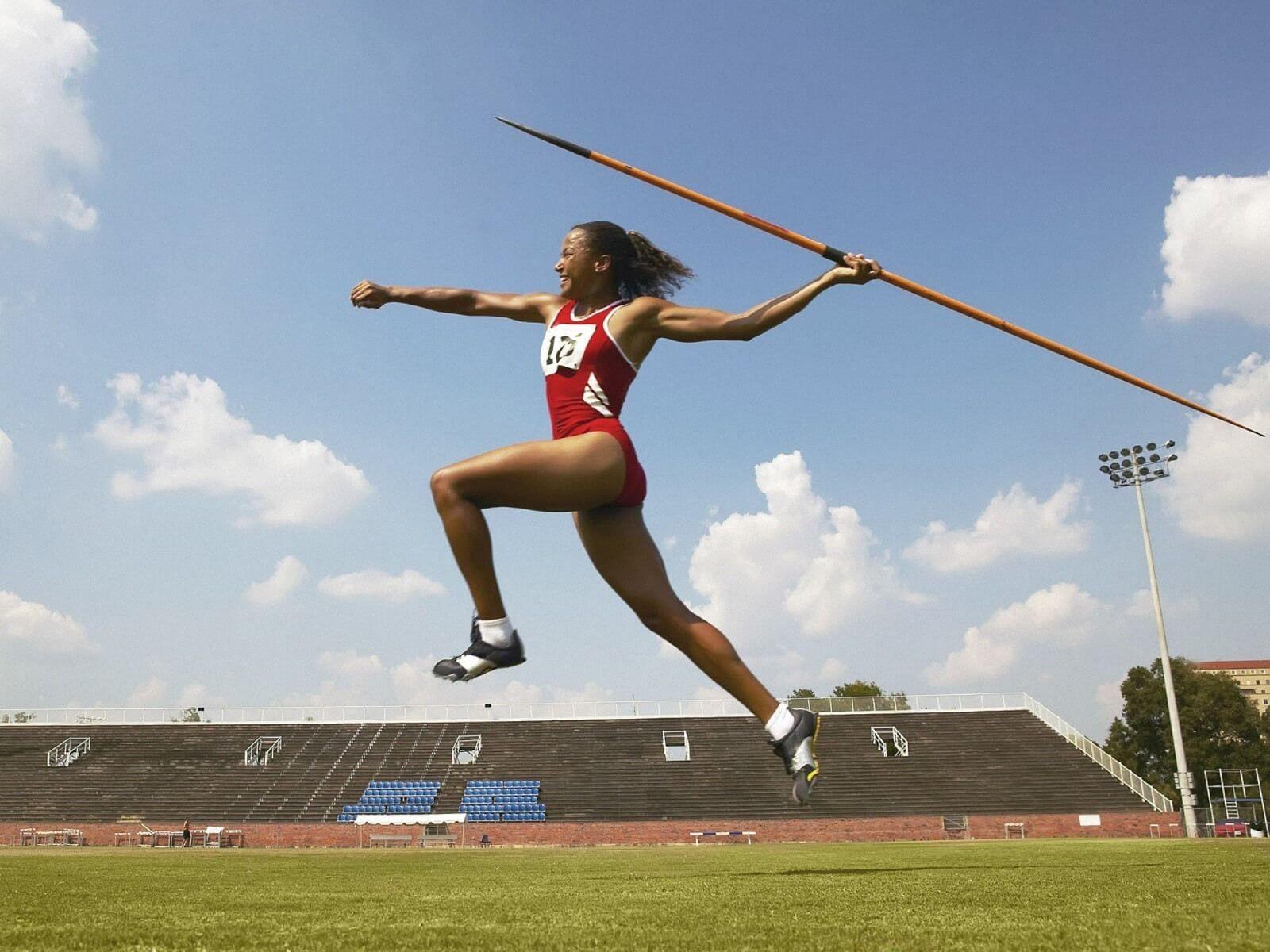 Javelin throw game is an ancient game that is being played since 708 BC. It used to be thrown through the support of a thing that used to set around the center of a shaft.  The modern-day structure of javelin was started being used in Germany. Around 1880, the competition of Javelin throwing was already started in European nations with new rules. However, it is true that the rules have been getting modified ever since.

Specifically, maximum modifications in rules were done during the early 90s. Initially, Javelin used to be thrown without any initial running momentum. It was then compulsory to hold Javelin through the center. In 1890, for the first time, run-up rules were added in Javelin. Though the run-up was limited during initial days, it made infinite later on. The first world record of Javelin’s throw was under the name of Eric Lemming of Sweden. 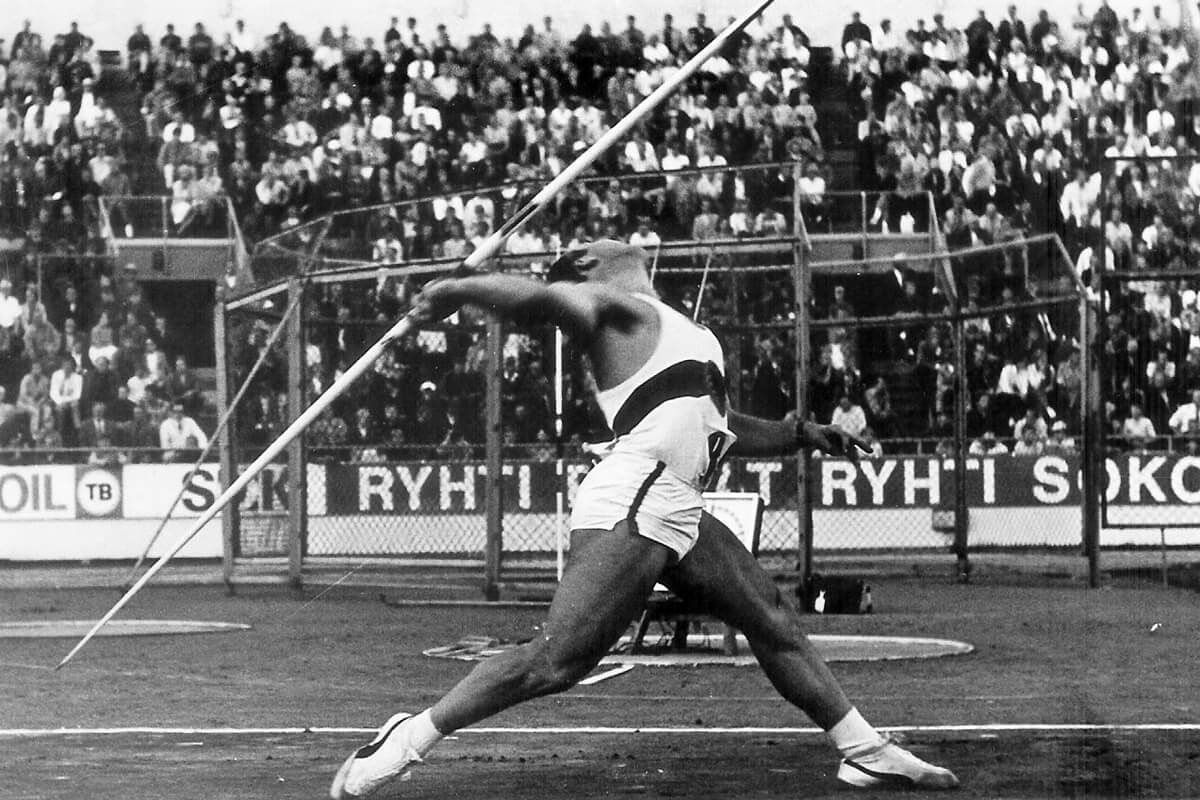 He created the record by throwing Javelin to more than 49 meters. Lemming created the record in 1899. He was like the undisputed champion of the game up to 1912. The event of men’s Javelin was introduced as an Olympic event for the first time in the year 1906 during the Intercalated games. Here too Lemming became the champion by winning it over a margin of more than nine meters. Through the process, he broke his record.

In fact, Sweden was established at the top four positions. However, it is claimed that Sweden remained the top 4 places as the top players from Finland were absent. It was not more popular than in any other nation of the globe as well. Challenge for players based in Sweden and Finland grew with time. Still, Lemming managed to be at the top of the Olympic Games in 1908, as well as in 1912.

He broke his own record by throwing 62.32 m, though after 1912 event. In fact, this is considered the first record to be acknowledged by the global association of athletics federations. As said above, the rules have been consistently evolving for the game called Javelin. By the 20th century, the Javelin throws were conducted double-handed. Here the implement had to be thrown distinctively through the right and left hand.

It means the top score or the distances covered through each of the hands was recorded and added later. In only a very few occasions the best hand throws were taken into account. Talking about the Olympics, Javelin throw based on both hands was organized only once in the year 1912. In that year, Finland dominated over all other participants. However, since then the popularity of dual hand throws started diminishing. 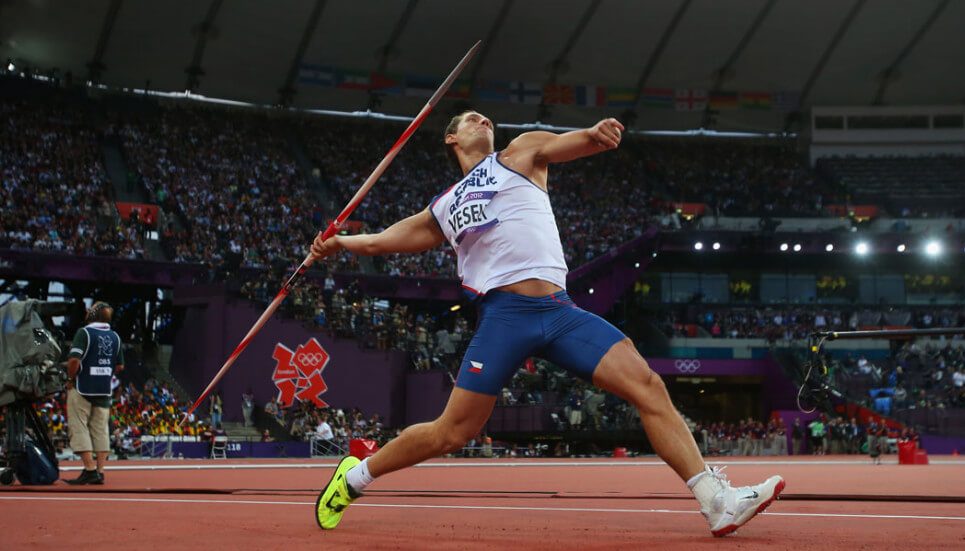 It is here to mention that Yngve Hackner of Sweden holds the world record for both hand Javelin throw. He holds the record of throwing 114.28 meters. In fact, this throw in the year 1917 is considered the final both-hand Javelin throw world record. A lot of global levels of events were organized during those periods for freestyle Javelin as well.

Interestingly, it occurred one year prior to Lemming made the same record, though with the traditional grip. The first-ever record for women’s Javelin was made in the year 1909. Though initially, the women used to throw similar Javelinas of men, a comparatively lighter and smaller version was brought in to picture in the year 1920. For the first time, women’s Javelin throw event became a part of the Olympic game in the year 1932.

In this category, Mildred “Babe” Didrikson holds the record of the first-ever champion in this edition of the event. Coming to the construction of Javelin, it used to be made up of tough woods with a tip made up of steel. Bud Held of America first introduced the void inside the type of Javelin constructed with advanced aerodynamic principles. His brother Dick made it. This type of Javelin was brought in to action in the year 1950.

With time, the wooden Javelins stopped being used gradually. The complete metallic Javelins were used later after that. Though complete steel Javelins remained in use for quite a few years, it was not transparent regarding delivering outcomes. So, the process of modifying the same was initiated by the early 80s. Finally, the experts came up with a design that resulted in flat landings almost negligible, though minimized the distance as well.

Such models were started being used in 1986 for men. The world record for these Javelins remains with Uwe Hohn for reaching 104.80m. The next record in this category remains in the name of Petra Felke at 80.00 m. The present record (up to 2017) in the men’s category is in the name of Jan Železný at 98.48 m. In women’s category, Barbora Špotáková holds the world record at 72.28 meters, which she made in the year 2008.

A total of 69 Olympic medals have been awarded in the category of men’s Javelin. Interestingly, 32 among these are under the names of competitors from Norway, Sweden, and Finland. In fact, Finland had bagged the whole medals in the year 1920, as well as in 1932. In fact, Finland had swept off the medals in the 1912 Olympics as well; though it was an event of the two-handed Javelin throw. In the event held in 1920. Finland had conquered the top four places itself. This record is not possible to be broken any more as the total number of places possible these days is only 3. However, there is no such record in women’s category though for Finland. 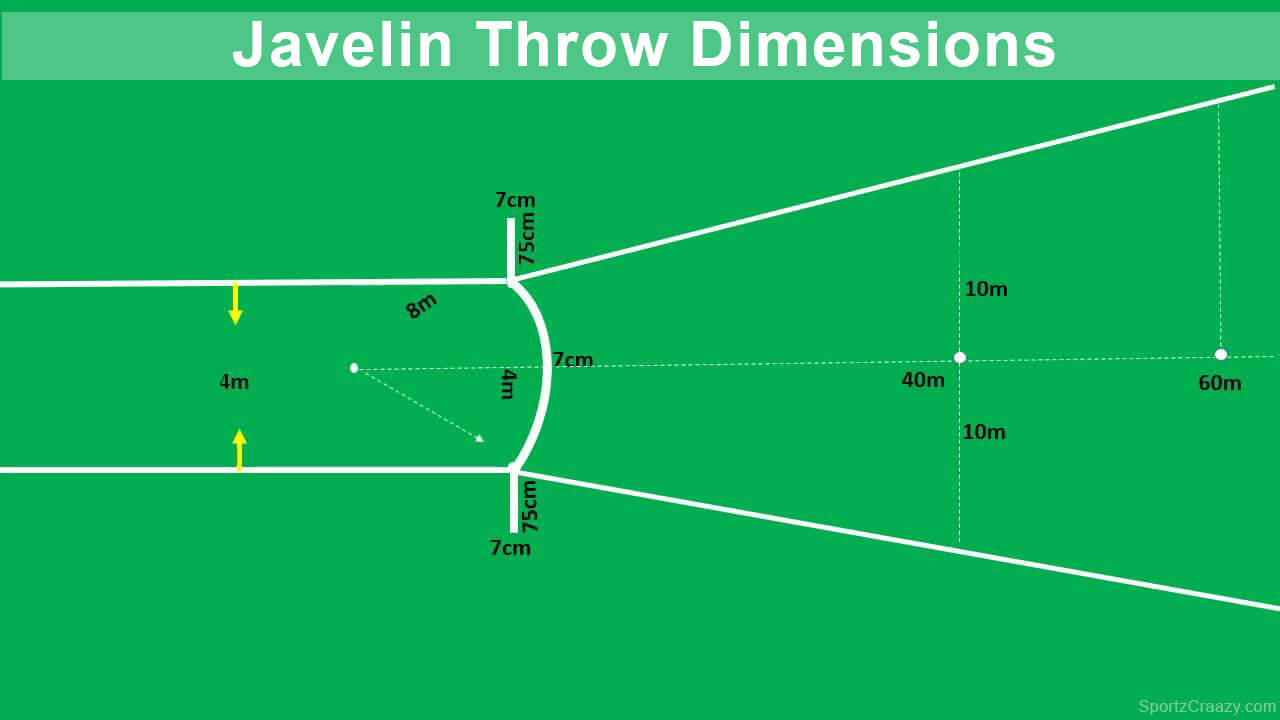 The guidelines of IAAF set each aspect regarding the dimension of Javelin. When it comes to global rivalries, men Javelins vary between 2.6 meters to 2.7 meters. The weight of the Javelins remains 800 grams. Women’s Javelin varies between 2.2 meters to 2.3 meters in length, the weight of which remains around 600 grams.

As per the rule, Javelin grips have to be 150 mm. It is generally made up of cord and its position in the middle of the Javelin.

Techniques often vary for Javelin in comparison to other games based on throwing. Most importantly, no untraditional or out of box techniques are not allowed in this game. It is mandatory for a player to hold the Javelin through its grip, and they have to throw it over the shoulder or upper arm.

It is also not allowed for a player to turn back entirely, which means the back of the player can’t remain in the direction of the throw. This makes the athlete stop spinning the Javelin in sidearm style, as it is witnessed in the case of discus throws. Rules of such were introduced only after some players started using a similar spinning technique often touted as the freestyle technique.

The difference between the Javelin throw game and other discus throw is that here the momentum zone is not limited within a circle. Rather, the players have to cover a runway of around 4 meters wide, which is a minimum of 30 meters in length. The zone ends in a curled arch, from where the measurement of the throw is done. 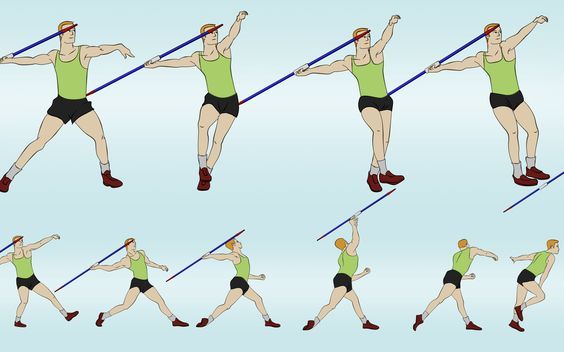 The players for gaining momentum can use this distance. However, like the other throwing based games, here too the player is not allowed to cross the confined area prior to the Javelin lands on. This rule is meant to test the control of a player in the game. In general, the Javelin is thrown along a zone that covers an angle of around 29 degrees, which stretches exteriorly from the arch at the terminal point of the confined zone or the runway zone.

Most importantly, a legal throw is considered to be the one where the tip of the javelin remains within the set zone as explained above. At the same time, it is important for the player to ensure that the tip of the Javelin touches the ground prior to any other part of it meets. The distance thrown is the distance between the throwing arc and the point where the terminal end of the Javelin meets.

After various modifications as explained above, the rules for most of the events in modern times is pretty much constant. However, the number of rounds often varies from 3 to 6, depending upon the rule set of competition.