The Super Overcame back to haunt New Zealand once again as they crumbled under pressure from a winning position to give India the series at the Seddon Park in Hamilton. After sending India to bat first, the hosts had things in their control in their run chase of 180, with skipper Kane Williamson leading the way with a fine 95 off 48 balls.

However, with just 9 needed for a win, Mohammad Shami rose to the occasion, producing a sensational final over as he gave away just one run in the final four balls to help India to a tie. 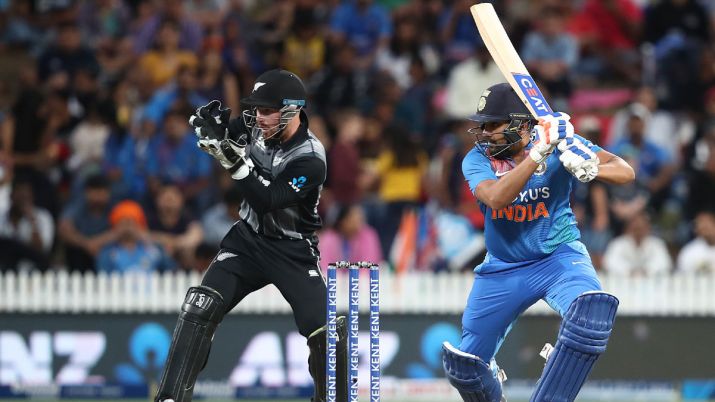 In the Super Over, the Kiwis would have hoped for a different result than their ICC World Cup final result, and they seemed well on course for a win as they got 17 off Jasprit Bumrah, who had a rare off-day and had given 45 runs in his 4 overs earlier in the match.

Tim Southee got 17 to defend and started well as well, but with 10 needed off the last two balls, the pressure got to him as he allowed Rohit Sharma to hit a couple of sixes. The twin strikes helped the Men in Blue win their first Super Over and their first series win against the Kiwis in New Zealand.

Earlier, the Indian innings was a tale of two halves as they got off to a flying start but stuttered in the middle before a flourishing end took them to 179. The opening duo of Rohit Sharma and KL Rahul piled on 89 for the first wicket, before Rahul was dismissed off the bowling of Colin de Grandhomme.

Rohit, however, did not stop as he got a quickfire 65 off just 40 balls with the help of six fours and three sixes. It laid the foundation for the other batters to follow suit, but some tight bowling by the Kiwi spinners stalled the run flow as the middle order from India could not fire.

Though Virat Kohli smashed 38 in 27, it failed to increase the momentum, and it needed a small cameo from Ravindra Jadeja and Manish Pandey, in the end, to help India to a challenging score.

India took an invincible 3-0 lead with two games to go. The next match will be played on Friday.