First Subcontinent Team to Win Test Series in Australia:- Jubilant India played their maiden test against Australia in the year 1948 post-independence to announce their arrival in a grand fashion but took a thrashing 4-0. It looked a contest between high skilled professional cricketers and gully cricket boys, since then India has toured Australia 11 times before 2018-19 tour and lost the series on all the occasions.

A normal government employee retires at the age of 60; this is the amount of time India took to win the first test series in Australia. Before the 2018-19 tour, India won only 5 tests in 60 years, out of which 3 victories came from 1975-1981, and the rest wins came in the 21st century. The greats like Sunil Gavaskar, Kapil Dev, Sachin Tendulkar, and MS Dhoni have every achievement possible under their belt, including the World Cup, but Virat Kohli broke all the shackles and became the first Indian captain to win the historic test series in Australia in 2019. 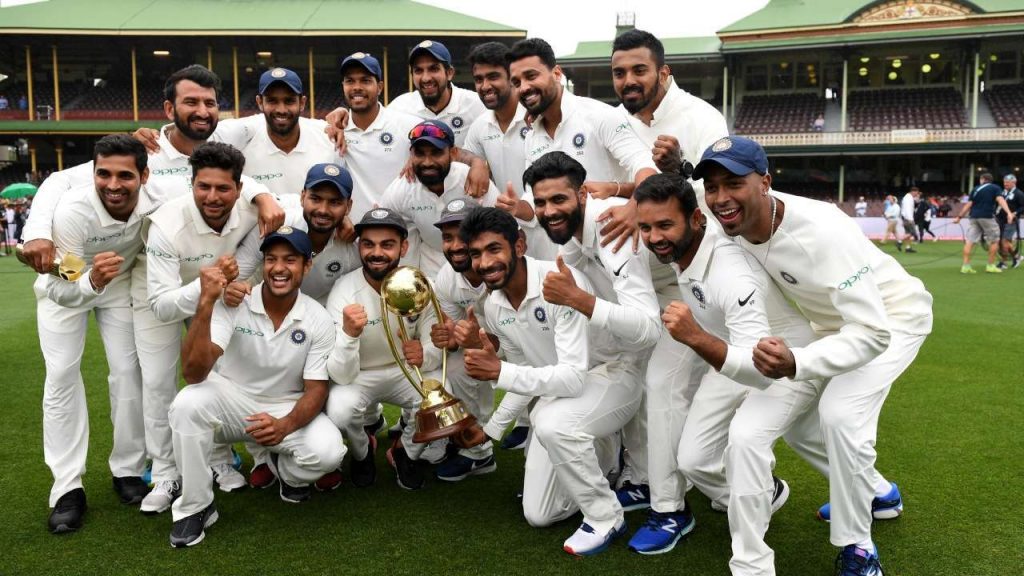 First Subcontinent Team to Win Test Series in Australia:- Leaving every Indian subcontinent team like Pakistan, Sri Lanka, and Bangladesh miles behind, India became the first Asian team to win a test series in Australia till date. In 2019 India ended the 71 years drought and clinched the Border Gavaskar trophy 2-1. India looked undisputed in all the three departments (batting, bowling, and fielding) and penned their own winning script.

Every time overhyped Australian pacers tried to invade the Indian batsman Cheteshwar Pujara countered them with an unshakable defensive mechanism and looted the runs with ease. He was by far the pick of the batsman for India in the series. He scored a total of 521 runs in 7 innings with the help of 3 tons at an impressive average of 74.42. His highest score was 193.

Jaspreet Bumrah was the leader of the bowling battalion with 21 wickets in 4 matches at a staggering average of 17.00. His best bowling figures were 6/33. Rishabh Pant became the first Indian wicketkeeper to score 2 overseas centuries (114 at Oval and 159* in Sydney), the previous highest scores were 92 by MS Dhoni.

A new opener in the form of Mayank Agarwal was discovered and experimented; the opener emerged as the winner with flying colors after scoring 2 back to fifties in the last two tests. India was looking geared up to win the Sydney test after posting a mammoth total of 622, but rain spoiled the plan and the visiting team had to settle for 2-1.