The Indian U19 team is ready to lock horns with Afghanistan U19 side in the 1st Match of 5 match ODI series. Fahran Zakhil will lead the young Afghanistani side, while Priyam Garg will carry the responsibility of the Indian team on his shoulders. Afghanistan team are coming here on the back of a decent performance in U19 Asia Cup where they qualified for the semi-finals. They, unfortunately, had to suffer a wash-out in semis, while the Indian team were crowned as champions. Last time when both teams faced each other, the Indian team got the better of Afghanistan, winning the match by 3 wickets. Nevertheless, Indian youth side will start as favourites.

The 1st Match of Youth ODI Series between India U19 and Afghanistan U19 side is scheduled to take place on 22nd November at Ekana Cricket Stadium B Ground, Lucknow. The match will commence from 9:00 AM (IST) onwards. Live Streaming not available in India. Scoreboard details will be available on Official Websites.

Yashasvi Jaiswal is one of the most consistent players in the Indian U19 team. 17- year-old Jaiswal has amassed 677 runs in 9 List A games at a splendid average of 84.62. Moreover, the stalwart holds the record of the youngest player in the world to score list A double century. He achieved this feat against Jharkhand in recently concluded Vijay Hazare Trophy.

Arjun Azad is another player to watch out for India. Azad has 219 list A runs to his name in 8 matches. Azad was in sublime form in recently concluded Youth Asia Cup where we smashed a ton along with some good scores inspiring India to win the title.

Farhan Zakhil, the Afghani Skipper, is the key player for his team. The 16-year-old Zakhil has 929 first-class runs under his belt in 13 innings. Although the skipper was not at his best in Asia Cup, his form will be a key factor for Afghanistan to give any sort of fight to men in blue. 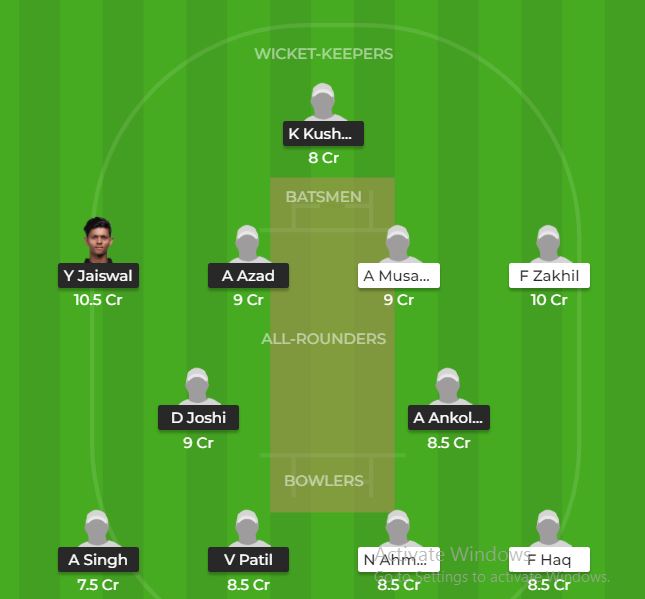