IN-Y vs AF-Y Dream11 Prediction: Afghanistan U19 came in to play this series after playing well in the U19 Asia Cup, but their performance has been disappointing so far in the Youth ODI series against India U19 as they are in brink of a series defeat. The hosts look confident to seal the series in the third game. However, their last victory didn’t come easy as they clinched a two-wicket victory in a low scoring thriller. Series at stake for Afghanistan U19 and everything to play for between the two sides.


The third match of the Youth ODI Series between India U19 and Afghanistan U19 side is scheduled to take place on 26th November at Ekana Cricket Stadium B Ground, Lucknow. The match will commence from 9:00 AM (IST) onwards. Live Streaming not available in India. Scoreboard details will be available on Official Websites.

Yashasvi Jaiswal has been in terrific form lately and is regarded as one of the consistent players of the India U19 side. He is yet to be dismissed in this series. He scored an unbeaten hundred in the first game and played a match winning-knock of 38* in the last game against Afghanistan U19.

Tilak Verma is another vital player for the young Indian side. He can make a crucial contribution both with the bat and the bowl and it was evident in the last game as well. Tilak’s 2/6 and 29 with the bat played a major role in clinching the narrow victory.

Shafiqullah Ghafari hasn’t yet performed at his best in India, but he picked up 9 wickets in the Youth Asia Cup and was also handy with the bat. Ghafari’s all-round performance is much needed for Afghanistan U19 to stay alive in this series.

Noor Ahmad, the 14-year-old chinaman is Afghanistan’s go-to bowler. He is a wicket taking option and his 4/30 against India U19 in the Youth Asia Cup proved that he can trouble the Indian batsmen really well. 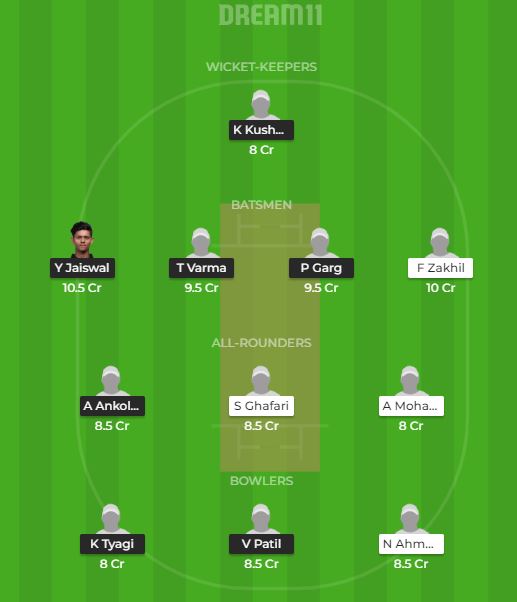