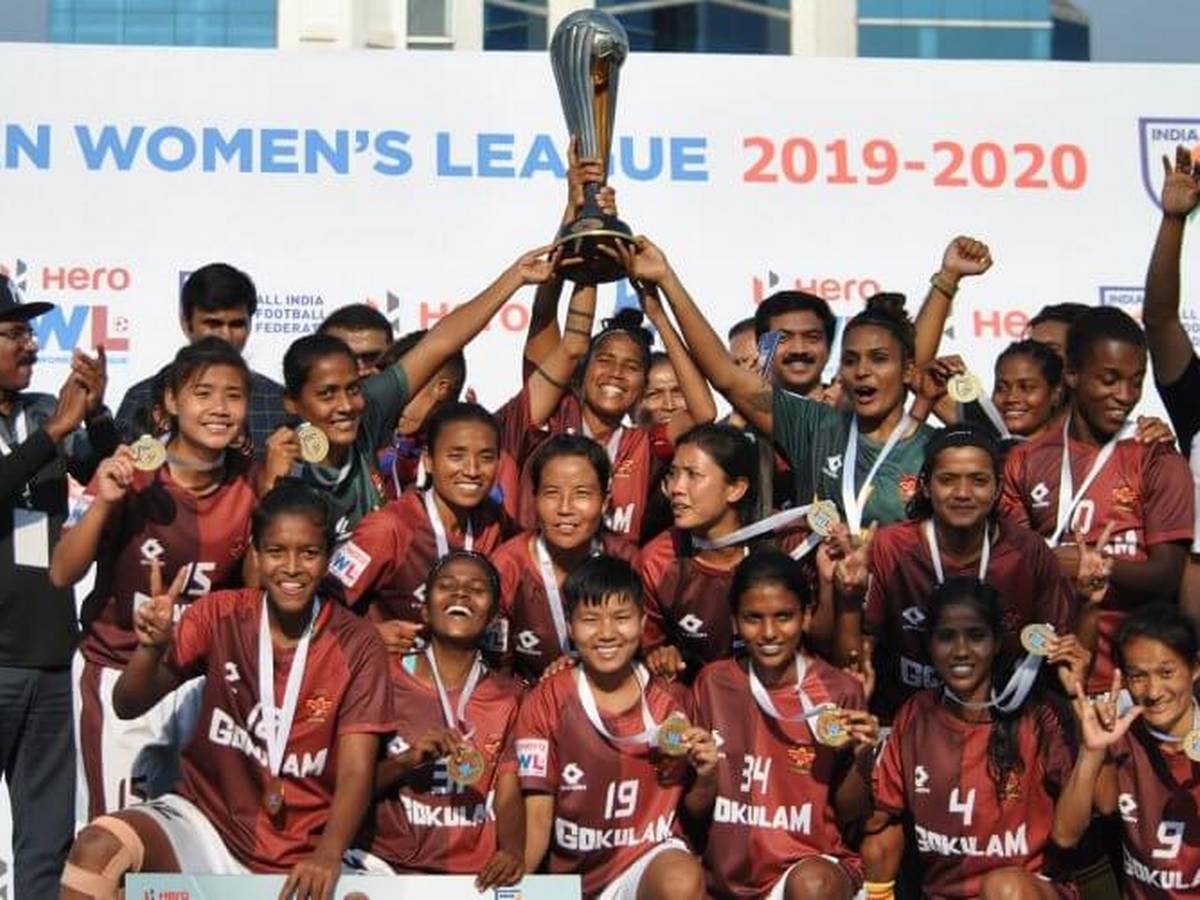 Gokulam Kerala kicked of the final match on an attacking note and raced to 2-0 lead through early goals from Prameshwori Devi and Kamala Devi. Gokulam took an early with a goal in just 49 seconds into the match even before KRYPHSA FC could understand what was happening Gokulam’s halfback Sabitra Bhandari delivered a superb cross after using her pace to beat the opponent’s defense. Sabita’s inviting cross into the box found Prameshwori Devi who reacted quickly and found the back of the net to hand a 1-0 lead to her side.

Gokulam almost doubled their lead through Bhandari five minutes later when Kamla Devi’s through ball was converted by the former. However, the goal was ruled out for a foul on a covering Sweety Devi. 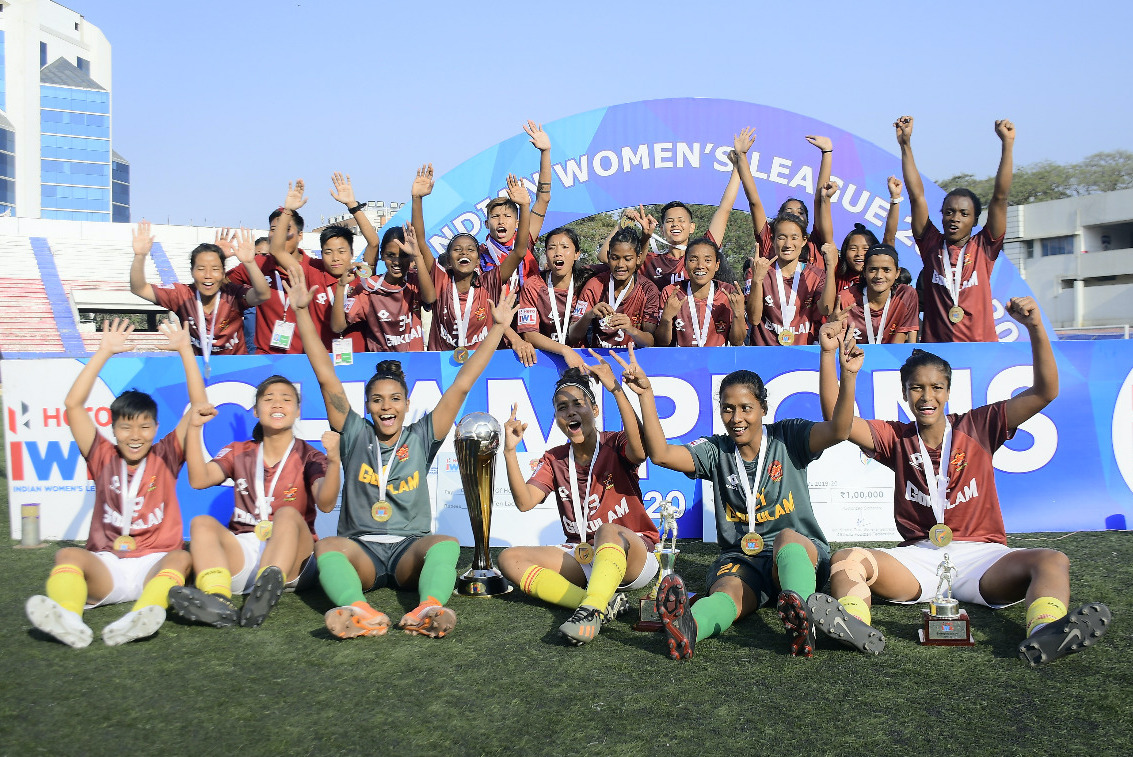 Gokulam was once again on the score sheet when in the 25th minute Gokulam earned a free-kick just on the edge of the 18-yard box for a foul on Michel Castanha. Kamala Devi’s curling effort went past KRYPHSA FC custodian Linthoingambi Devi and the scoreboard read 2-0 in favour of Gokulam FC.

However, KRYPHSA FC was in no mood to let the title slip as Dangmei Grace pulled one back for her side just before half time and keep her side in the hunt for the title. Ranjan Chanu’s immaculate set-piece delivery from the left found Anju Tamang, who managed to flick it to the far post with the back of her head. Gokulam keeper Aditi Chauhan‘s punch lacked power, leaving Dangmei Grace with an empty goal to aim at. 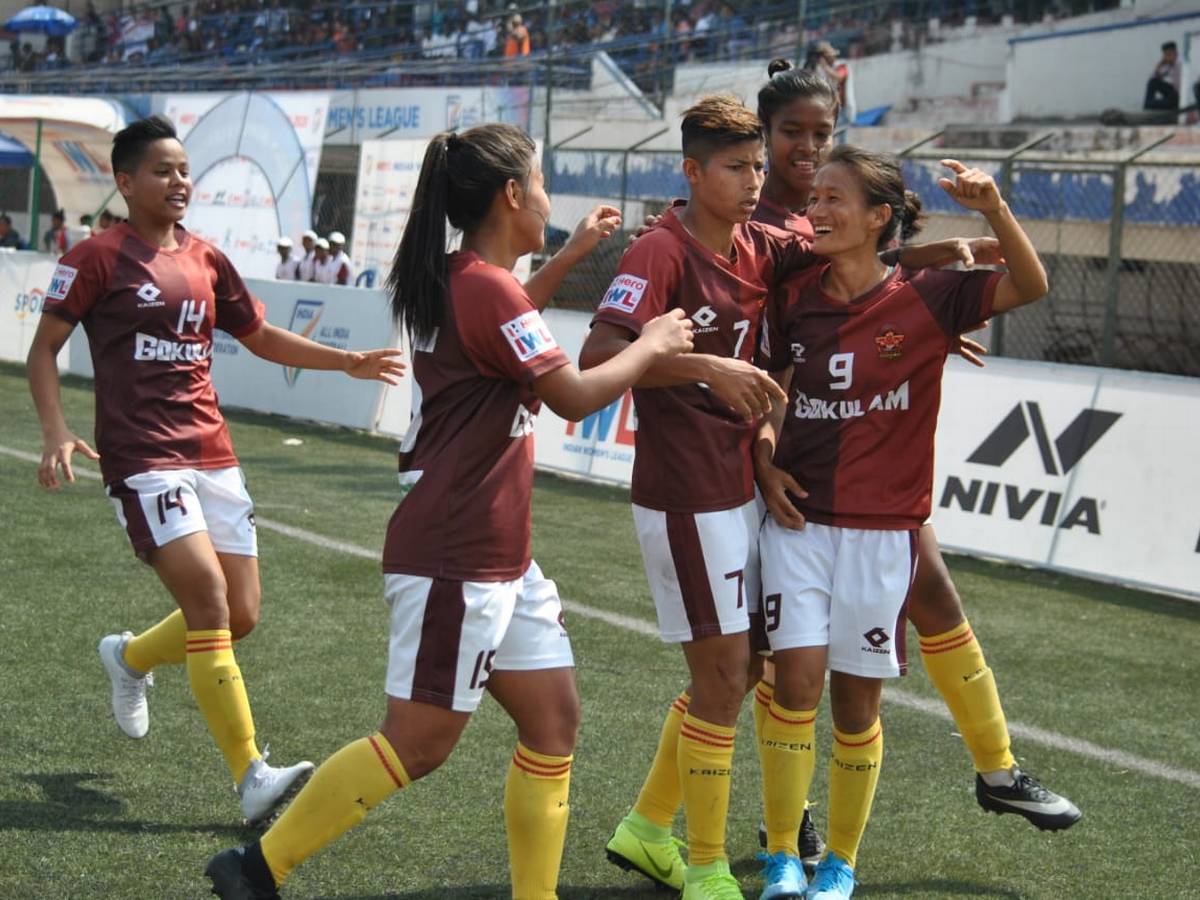 Both the teams went into the break with the scoreline reading 2-1 in the favour of Gokulam.

Both teams kicked off the second half on a cautious note as either side refrained from hitting the full throttle. However, the game started to pick up pace around the 70-minute mark and KRYPHSA FC were first to take advantage as Roja Devi chipped one into the box and Ratanbala Devi stretched her favoured right foot to beat an onrushing Aditi Chauhan to get her side back on level terms.

However just when it seemed that the match would go into extra time or possibly a penalty shootout Gokulam’s Bhandari once again came to her teams’ aid. With just three minutes left into the game, Bhandari scored after she was provided a low cross from Manisha Kalyan to lead her team to victory.