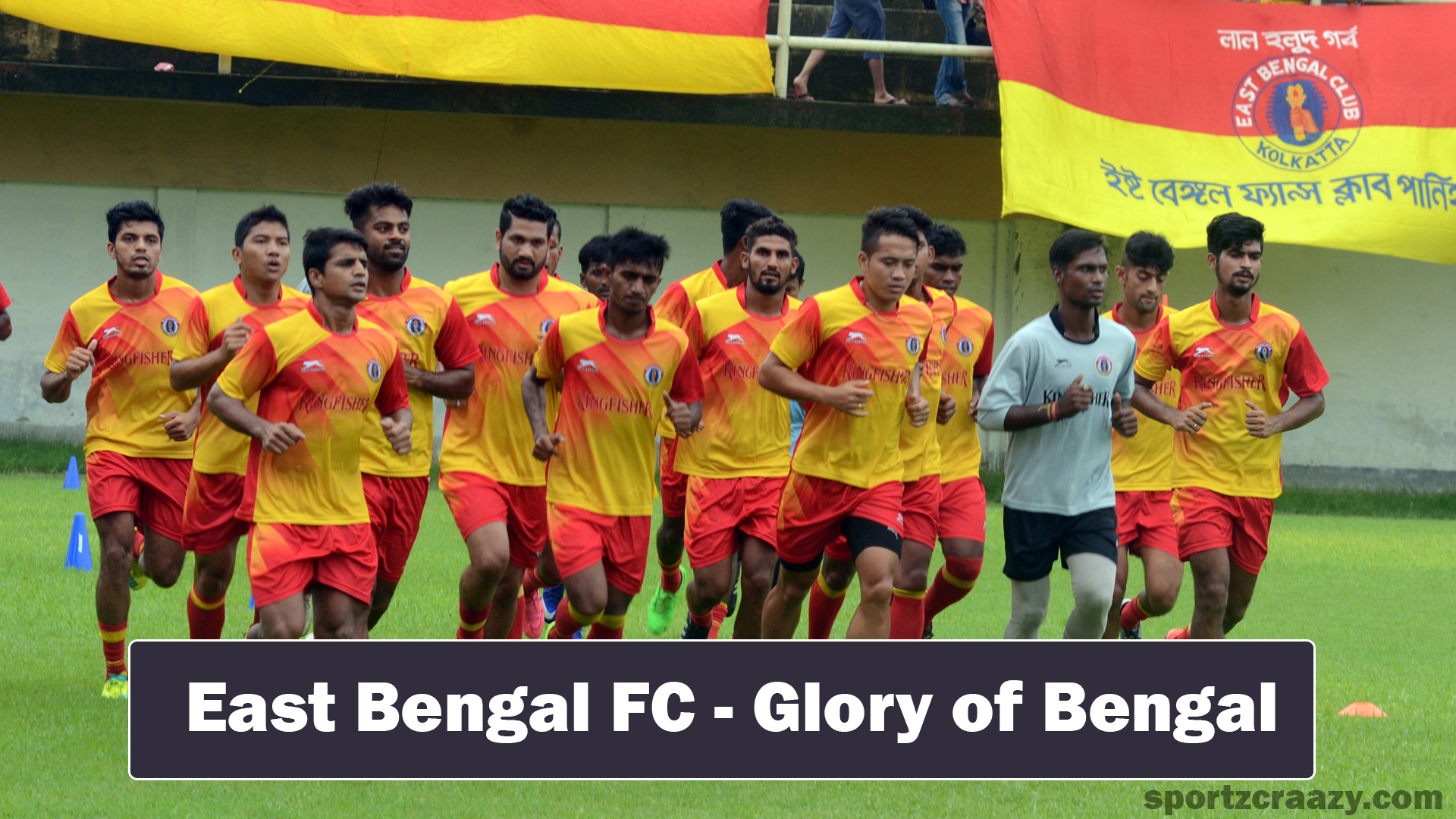 East Bengal Football Club the most popular club Bengal who is real name is Quess East Bengal Football Club because of some sponsorship issues. They have won 3 National Football l eagues which are known as I league right now. It is a top 10 football club based  in Kolkata who won so many tournaments, including 8 Federation Cup and 3 Indian super cups nationally. East Bengal has an age old rivalry with the team Mohun Bagan in Bengal and also with Mohammedan SC and and they compete with each other at the famous Kolkata derby.

The creation of the East Bengal football club was very strange by history. The famous Mohun Bagan football club was scheduled to play against jorabagan in coochbehar club on 28 July 1920. Then jorabagan team sent their 11 players after excluding Sailesh Bose the famous defender for some unknown reason. The vice president of jorabagan Suresh Chandra Chaudhary tried hard to include his name in the lineup but failed because of strong opposition by the coach himself. And because of this turmoil Suresh Chandra Chaudhary left the job club at home East Bengal football club on 1st August 1920 which is around 98 years ago from now.

Right after the formation East Bengal FC played Hercules cup in that month only and they won it and it made the way for them to be affiliated to the Indian Football Association and the club entered into the second division club football in IFA. East Bengal Football Club came third in second divisions Football on that season. The first evolution of the East Bengal football club with Mohun Bagan FC was on 8th August 1921 in Cooch Behar Cup semifinal and the game ended with goal-less draw.

In 1924 East Bengal football club finished in second position to Cameroons A and as Cameroons B was in the first division at that time, so Cameroons A could not possess that place in the IFA and because of that East Bengal football club gained the position in the first division in the Indian Football Association. That time there was limitation regarding number of Indian clubs in the Indian Football Association as that time it was governed by the British Association. But when 9 British clubs approved the entrance of East Bengal Football Club in the association the rule of limitation was removed.

The East Bengal football club took so many years to win their first ever first division title which was became possible In 1942 and then in 1943 they won the IFA Shield for the first time. The club won the Rovers cup in 1949 and Durand cup in 1951. The club Von IFSC lde in 1970 defeating Pas club in Iran by 1-0 and this was really surprising for everyone at that time. The East Bengal Football Club has tortured their Rival club Mohun Bagan for so many times on ground and because of this the hostility of ground increased for thousand times till now.

After all these ways the East Bengal football club won so many tournaments after that and they are continuing to win till now. And the glory of the club has increased every time it won a tournament and at first it was a bit surprising for the people because of the story behind the formation of the club but now it is quite usual for people. 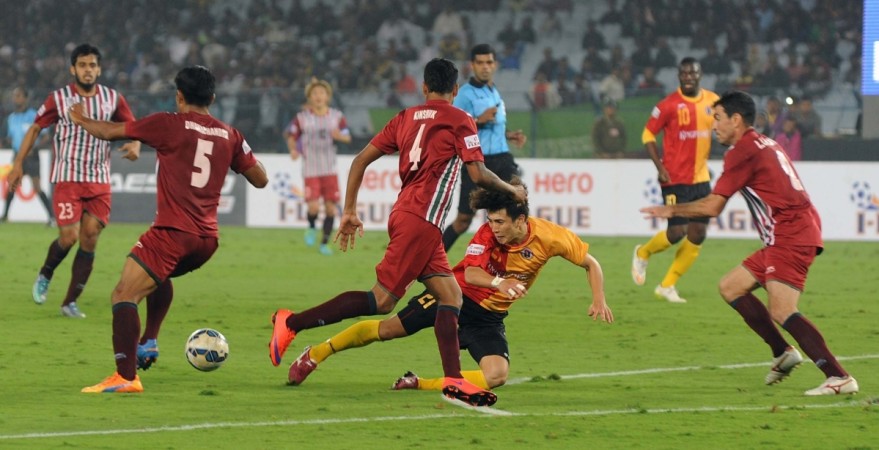 The rivalry between East Bengal football club and Mohun Bagan is really years old and people get hostile sometimes regarding their Derby matches. The first Kolkata Derby match took place between these two clubs on 28 may 1925 in the Calcutta football ground, which is known as Mohun Bagan ground now. it was in Calcutta Football League and the match was ended as 1-0 in the favor of the East Bengal football club with the solitary goal by Nepal Chakraborty.

Some Facts about East Bengal FC

The colour of the East Bengal football club is red and gold and because of that the home jersey of this club is red and gold shirt and black shorts every year but the average Jersey varies every year according to the choice and need. The debate regarding the colours of the club went very long at the initial stage of the formation of the club and then the members of association shows a red and gold colour shirt hanging outside in a Departmental Store named Whiteaway, Laidlaw & Co. in chaurangi in Kolkata and after that the colours became a part of the club forever.

In 1984 is Bengal Club got its official Stadium as Salt Lake Stadium? Previously they tried out so many stadiums in Kolkata, Howrah and Barasat including Eden Gardens also but Eden Gardens was strictly reserved for cricket. So they didn’t have any chance to acquire it,but after opening of the Salt Lake Stadium all the worries got to an end. There is another ground for East Bengal football club in Kolkata where natural grass turf has been used. it is the official home ground for the club and it is situated near Eden Gardens and at the Northern side of the Fort William in Maidan area of Kolkata.

The East Bengal FC is really old in Kolkata and it is kind of a pride of the city also. They have won so many tournaments and cups of national acclimation and make the people of Kolkata proud by the extraordinary gameplay. They also have defeated there enemy team Mohun Bagan many times and the rivalry between the people of their supporter also increased day by day.