DRS in cricket: As technology has impacted the human lives in every aspect over the past few decades, even the sports fraternity isn’t left untouched with the use of it. Although humans have used it mostly to make their life more comfortable and convenient, Sports or specifically cricket has brought on board in order to eliminate the scope of errors in the umpiring decisions during a cricket match.

DRS (Decision review system) in cricket is one of the many technical implications which has taken place in the cricket world over the past few years whilst making the game more transparent and without much-umpiring errors.

Although it didn’t get the required support from the associated nations in ICC initially due to certain issues raised by the teams in regards to its transparency and accuracy, it eventually got implemented in most of the ICC tournaments in times to come. Whilst that been said, let’s take a dig into this controversial review system to get a better known how of the whole DRS work process and rules and technologies involved within the same.


Tools and Techniques used in DRS The Snickometer technique is generally been used to ascertain whether the ball has touched the bat on its course and is mostly been used in case of a bat-pad, LBW or caught behind appeals by the opposite team. The technology was invented by British scientist Allan Placket in 1990 and ever since then, it has been widely used in the cricket world around.

The whole process in Snickometer works when the stump microphone records the live sound of bat hitting or missing the ball. It then transmits the same to an oscilloscope attached to the stump which captures the sound waves created out of the whole process. The video cameras then show the whole case scenario in the slow-motion while showing the sound waves in case of an edge from the bat. If the ball hits the bat, the sound waves get disturbed and show a spike on the graph and in other cases, it just shows a flat line altogether. 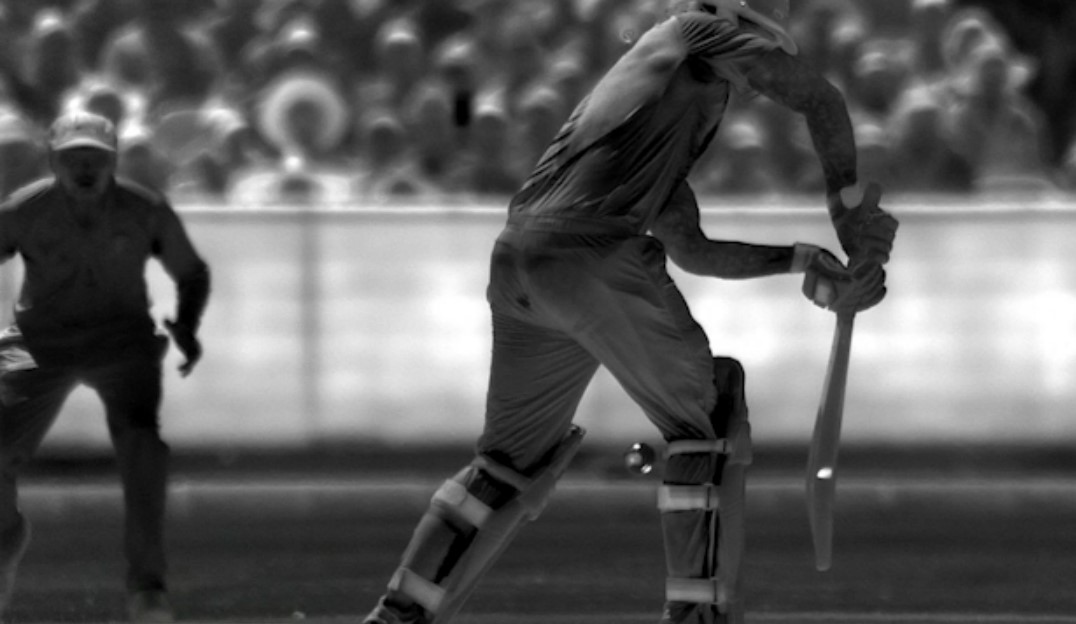 Host spot was been considered as an improved alternative to the Snickometer as it was been observed that snicko often shows a spike even in the case of the bat hitting anything apart from the ball. That’s where Hot spot clearly confirms the whole picture during the match as it shows the spot where the ball made an impact to the batsman i.e. bat, pad or the body of the batsman. The technology was invented by French scientist Nichoos Bion and this was used for the very first time in Australia.

The whole technology initiates when the ball passes on its course and if there’s a contract between the ball and either bat, pad or batsman’s body, it will create a certain amount of friction which eventually pushes a surge in the localized temperature and hence bringing a spot on the infrared image. Even though Hotspot is much more accurate and clear than the snicko, it’s not been used that much because of the big cost behind it and most of the cricket boards stay away from its usage due to the same factor. Still, it has gained huge popularity amongst cricket fans over time whilst being the most accurate part of the DRS in a cricket game. If we talk about the Ultra edge, we can certainly quote it as an advanced version of the snickometer been used earlier. The technology got live feed and ultra motion cameras within the same which provides a better and more accurate result at the time in comparison to the snickometer. Hawkeye is mostly about the ball-tracking technology which is mostly been used to review most of the LBW decision during a cricket match. Whilst it is most popular in cricket, technology is widely been sued in other sports like football and tennis as well. If we talk about the whole process, the technology works while ascertaining the analytical path of a ball in regards to the line of stumps.

There are 6 cameras in total for the hawkeye with three each placed on respective ends of the cricket ground. All of these cameras record the live visuals of every ball bowled during the matches and send the relevant data directly to the connected computers. The computers then collect the data and shows in accordance with the predictive path of a certain delivery on its way to the stumps.

This is been mostly used when an LBW calls made by the opposite team’s bowler and either the umpire has given out (and batsman reviews) or the not outcall has been made and the bowling team wants to review the same. 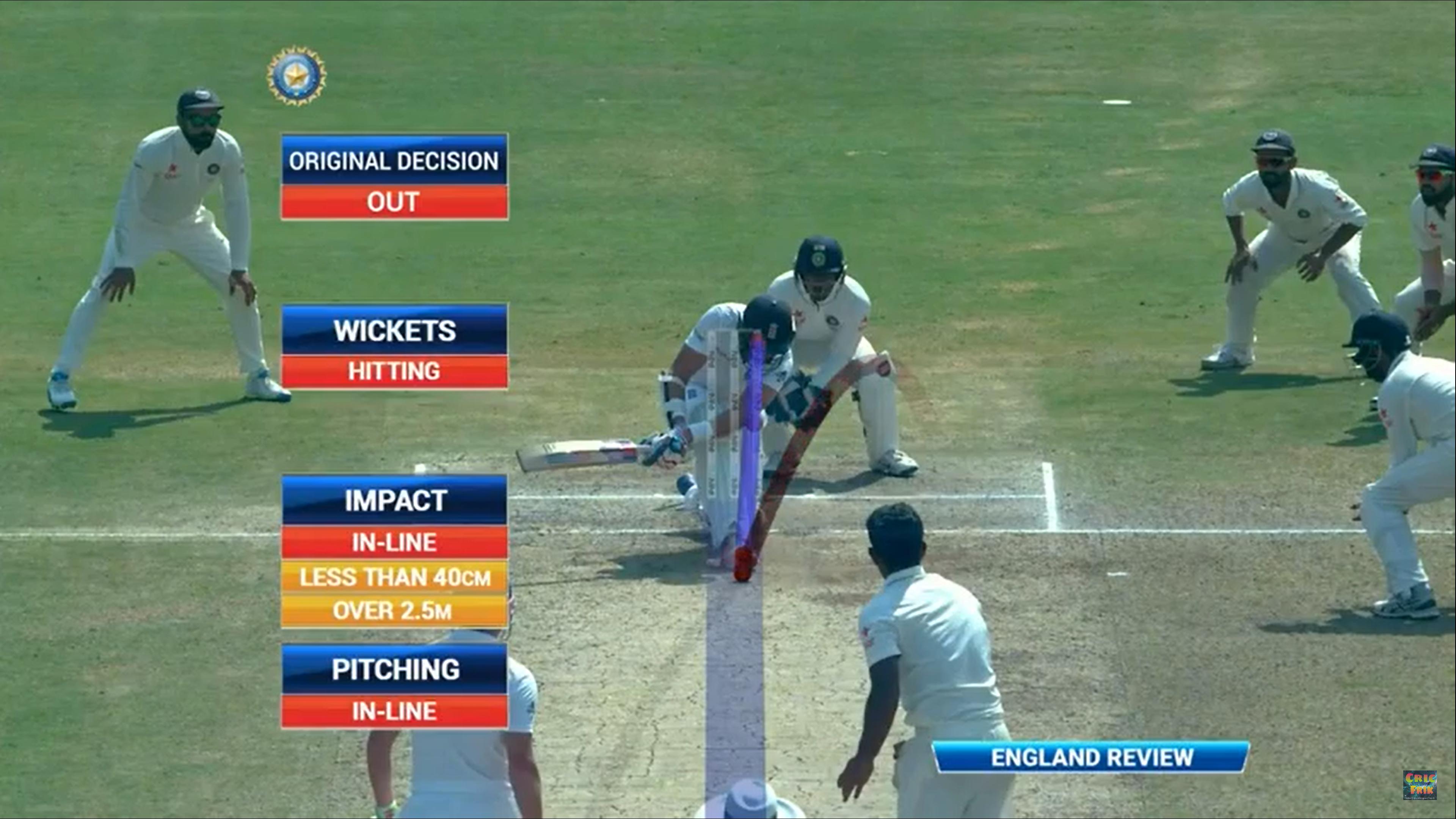 The bowling team can call for a review in case of a “not out” call by the umpire and the batting team can do it vice versa. It has to be the captain of the bowling team who can take the review on behalf of the team whilst making a “T” signal with his hands to the umpire. Once the challenged is used, agreed and acknowledged by the umpire, he will then go to the third umpire whilst asking him all the available techniques in order to validate his decision.

Most of the times, the referral is used in the context of a dismissal of a batsman and once the umpire asks for the review, the third umpire would then validate every available measure from ball tracking, Snickometer, hawkeye or ultra edge in order to confirm whether the actual decision made by the umpire is right or not. Moreover, in case of an LBW decision, when there’s an umpire call of “out” or “not out”, the actual decision stays in case the ball is just clipping the stumps and not completely hitting it on its course. Once the validation is done, the third umpire then informs the on-field umpire to either change or stay with his original decision and if the call made by the bowling team or batting team stays valid, the review stands valid to be sued for one more time.