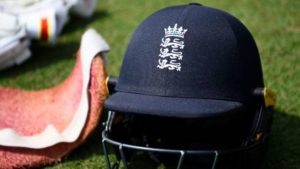 The ECB has confirmed that the delayed county season will resume from August 1st, 2020 onwards. Also, there has been no update on the status of recreational games by England and Wales cricket board.

However, the first-class counties were recently split into 14-4 as to whether a Championship or 50 over cricket as well, a revised fixture list will be released following a meeting in early July.

“It is a significant step for our game that we can approve the start of the men’s domestic season for 1 August and one which will be welcomed by everyone connected with County Cricket,”.

He further added that

“It follows extensive consultation between the 18 First-Class Counties, the Professionals Cricketers’ Association and ECB, and has only been achievable thanks to the significant hard work that continues to occur as we prepare for a domestic season unlike any the game has faced before.”

Harrison concluded by stating that the priority throughout the discussion had been the “safety of players, staff, and officials”. The Government guidance should be followed to shape our planning and preparation for the upcoming season regarding the resumption of county cricket.

In preparation for the official start of the season, Durham and Yorkshire have announced that they will contest a two-day warm-up game on July 27th and 28th behind closed doors.

The ECB has also committed to resuming some form of women’s domestic cricket to take place this summer despite the COVID -19 pandemic.