Cheteshwar Pujara record of 16 centuries:- It was the first day of the test down under, the conditions were bright and sunny, and India won the toss and chose to bat expecting to pile a heap of runs on the board, but jubilant Australian pace battery showed the mirror to overhyped Indian batting line up. 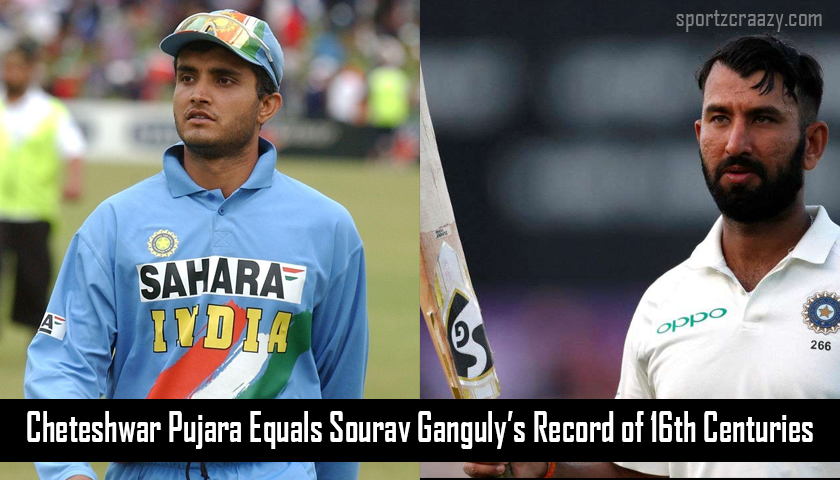 The opening order collapsed in the first hour of the match. The opener slot lacked the flamboyance of Shikhar Dhawan or Virender Sehwag tearing the opposition into pieces. Lokesh Rahul struggled to connect the ball and lost his wicket after facing 8 balls.

Murali Vijay seems to have not learned from his mistakes, he envies the early movement of the ball and has been dismissed cheaply on numerous occasions. The batsman gives an impression as if he will donate his wicket on any delivery. He never looks solid and determined to play the long innings. He left no stones unturned in proving his poor batting display.

Cheteshwar Pujara record of 16 centuries:-  When everyone expected Virat Kohli to soak the pressure and score yet another ton on Australian soil, he disappointed. It was not the delivery that got him out, it was the poor shot selection. Wickets kept falling in tandem, only Cheteshwar Pujara and Rohit Sharma looked comfortable at the crease.

Rohit Sharma played some out of the box shots during his short innings, taking the attack back to the opposition, but fell prey to Nathan Lyon after ambitious shot. The stage was set for Rohit Sharma to make the opportunity count and cement the place in the side, but his flop show in tests continues. The series could be the Rohit Sharma test career decider.

When the chips were down and lower middle order batsman like Rishabh Pant and R. Ashwin needed an antidote of motivation, Cheteshwar Pujara rose to the occasion and played the innings of his life. He smashed his maiden ton on Aussies home turf under the conditions, when his team needed him the most.

He emerged as a sole breadwinner saving his team from adversity and taking the team total to a respectable figure. Pujara came at the crease when India was crumbled at 86/5 and left the crease at 250/9.

During the play, he notched up his 16th test century equaling Sourav Ganguly record of 16 centuries. He achieved the talismanic milestone in the 65th test match, whereas Ganguly took 133 tests to score 16 test centuries and 35 half centuries in his illustrious career.

During the play, he became the sixth Indian to have smashed century on the opening day of the test outside the Indian subcontinent. Only Vijay Manjarekar, Sachin Tendulkar, Virender Sehwag, Virat Kohli, and Murali Vijay are the only other 5 Indian players to have achieved the amazing milestone.

Virat Kohli is the only Indian to have achieved the amazing milestone twice in his career.