Carlos Vela is a Mexican footballer who plays as forward for the Mexico National Team and Los Angeles FC. He started his career in football from the Mexican club Guadalajara, and while playing for the nation, he claimed Golden Boot at the 2005 FIFA U-17 World Championship. His performances in the tournament caught the attention of several European Clubs, especially Arsenal. He was signed by Arsenal immediately after the tournament but he spent most of his time on loans spells at Spanish Clubs of the likes of Salamanca, Osasuna and Real Sociedad. He also played for the English Club West Bromwich Albion during his stay at Arsenal. As a part of the Mexican National team, he played a major role in helping them win the CONCACAF Gold Cup. He was also a part of the Mexico team that played at the 2010 FIFA World Cup. After the tournament, he didn’t play for his national team for at least three years due to some personal reasons. On November 2014, he made his comeback in the national team and participated in the 2017 FIFA Confederations Cup and 2018 FIFA World Cup. 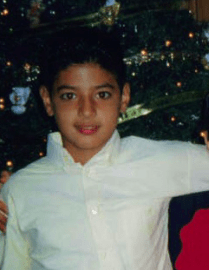 Carlos was born on 1st March 1989 in Cancun Mexico to Enrique Vela and Nella Garrido. His father was an iron welder, while his mother was a housewife, and had a brother too named Alejandro. Carlos’ father had a dream to become a professional footballer, but he never could because he met with an accident at his semi-professional stage due to which he had to retire. Fortunately, his son Carlos was born

carrying the same passion for football like his father. He was enrolled in the local teams at the age of four by his father, where his first club was Ko Cha Wolis, where he gained his initial training skills from coach Felix Acal. Growing up, he developed an interest in football as well as basketball but was forced to choose one at the age of 12, the reason being a conflict between his coaches. In a youth tournament at Buenos Aires, he caught the eye of Jose Luis Real, the youth academy director of Toluca, who signed him for C.D Guadalajara in 2003. 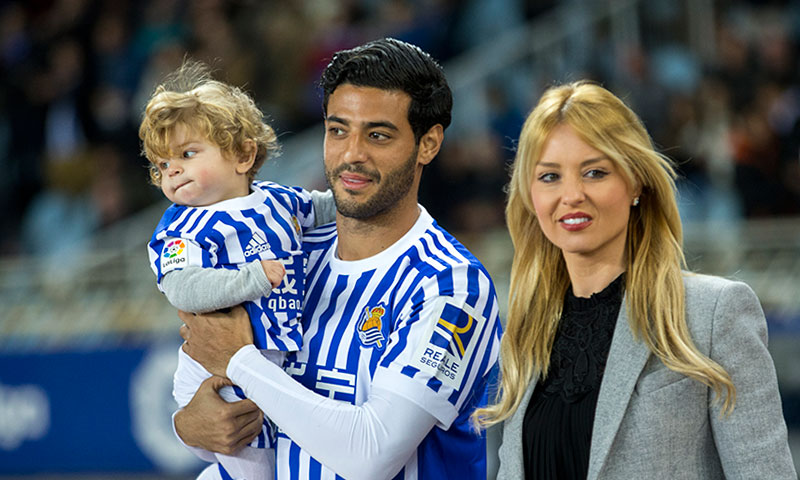 Carlos is in a relationship with Sainoa Canibano (girlfriend), who is a Spanish by Nationality and currently works in the local media. The couple met while Vela’s time at Real Sociedad, and they had a son in 2016, whom they named Romeo. He has previously been linked to Mexican Actress Altair Jarabo in 2010 and Mexican TV personality Shanik Aspe in 2011. He appeared on the North American front cover of the FIFA 11 video game along with Kaká and Landon Donovan.

Carlos Vela Professional Life
Carlos Vela helped Mexico lift the 2005 FIFA U-17 World Championship, where he also became the top scorer of the tournament with five goals for which he was awarded the Golden Boot. His performance in the tournament attracted several European clubs. In November 2005, he signed a five-year deal with Arsenal for 1.25 million Euros. For Arsenal, he was unable to play in England due to work permit restrictions for non-EU citizens. His journey with Arsenal was majorly confined to loan spells; at first, he was loaned to Spanish club Celta de Vigo in February 2006, but he returned without playing any match. He then was loaned to Spanish club Salamanca for 2006-07 season, in which he played well through assisting fifty goals and netting eight goals, after which playing for Osasuna (on loan) he netted a crucial goal against Real Betis, with the goal earning plaudits from the Spanish Press. Finally, playing for Arsenal in the League Cup, he netted his first hat-trick against the Sheffield United, and his goal was voted one of Arsenal’s Greatest 50 Goals. In the coming season, he was again loaned to fellow Premier League club West Bromwich Albion, and then further to Real Sociedad, where he netted three goals at the end of the season including two crucial equalizers. 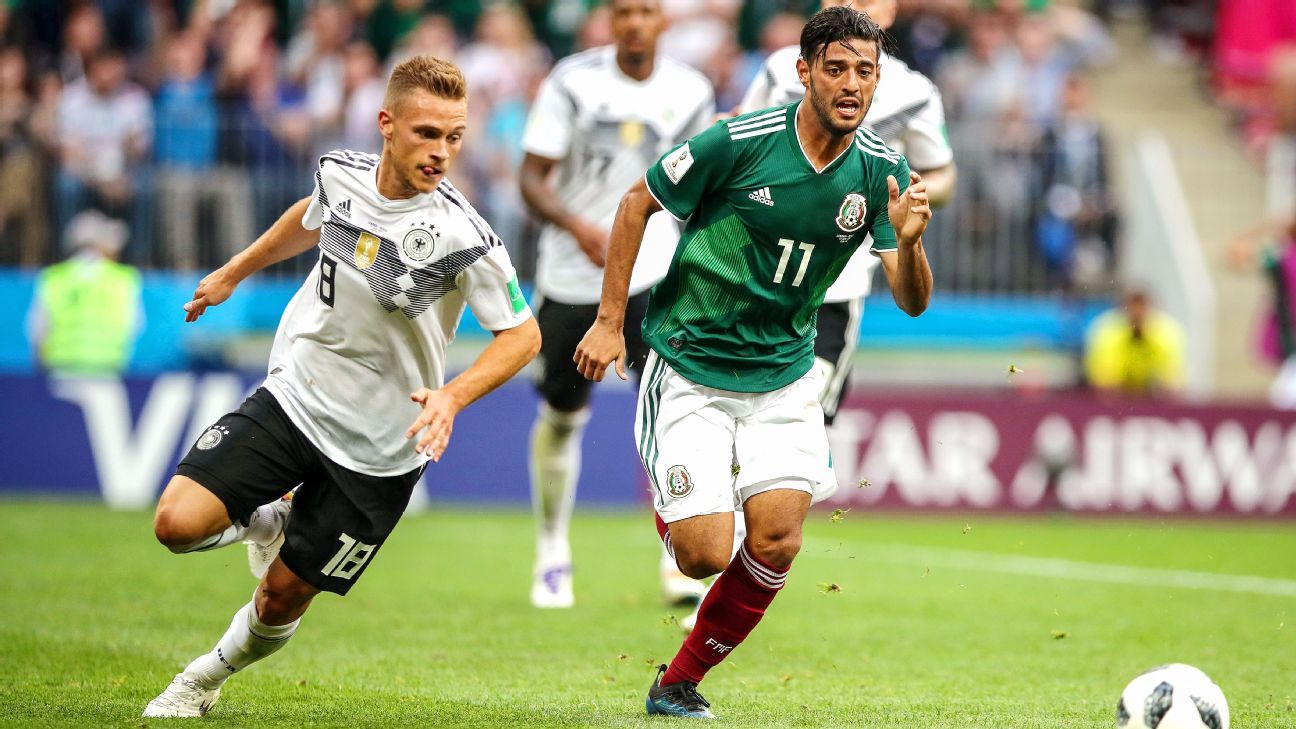 For the upcoming seasons, he wished to continue with Real Sociedad following which he was transferred on a cost of 3 million Euros. Playing for the club, he brought major victories against strong teams like Real Madrid and Celta Vigo, earned himself La Liga Player of the Month Award two times, one in the month where he netted a hat-trick, and the other in the month where he assisted all four goals scored, in a match against Celta Vigo. After appeared in over 200 matches for the club, he was transferred to Major League Soccer side Los Angeles FC on 4th March 2018.

For his national team, Carlos took his Mexican national team to the 2009 CONCACAF Gold Cup against Costa Rica with a win 5-0. He also played an important role in Mexico’s 4-1 win over El Salvador to qualify for the 2010 World Cup. On 23 June in Mexico’s second group stage match against South Korea, he netted his first World Cup goal for Mexico. 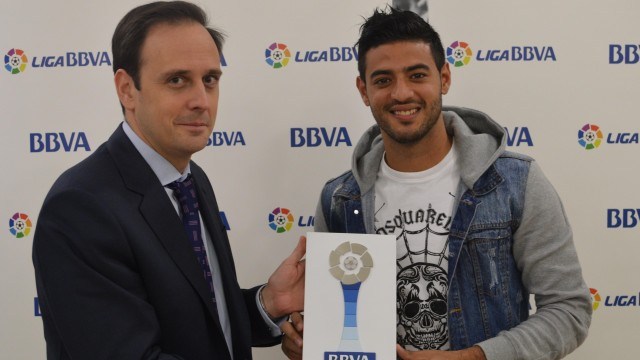 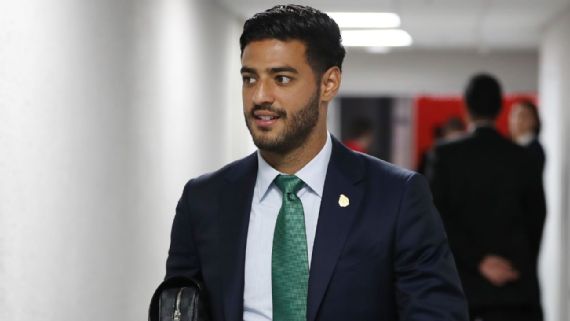 Carlos Vela Controversy
Carlos Vela’s decision to not play for the Mexican National team for three years created a lot of shadows over his future with the Mexican national team back in 2011, however he rejoined the team again in 2014, rubbishing any such thoughts or claims.