Adam Scherr, popularly known by his in-ring name Braun Strowman, is an American professional wrestler, who is currently with World Wrestling Entertainment for Raw brand. Braun Strowman is currently one-half of the Raw tag team champion with Seth Rollins, who is also WWE Universal Champion, and all set to defend his title against ‘The Monster among Men’ Braun Strowman at Clash of Champions pay-per-view.

Braun Strowman has been considered as one of the gigantic monsters in professional wrestling platform. Braun Strowman made his WWE main roster debut by joining  The Wyatt Family, wearing a black sheep mask.  From the time Strowman entered WWE’s squared circle, he terrorized the industry with his Running Powerslam to several wrestlers including JohnCena, Brock Lesnar, Randy Orton, Kane, Triple H, Big Show and many more.

Braun is the winner of the 2018 Men’s Money in the Bank contract. In April 2018, Strowman took part in the Greatest Royal Rumble, where he won the championship after 13 eliminations. He broke the record for most eliminations in a Royal Rumble match, beating Roman Reigns’ previous record of 12. Strowman is also two-time Raw Tag Team Champion with Nicholas and Seth Rollins. 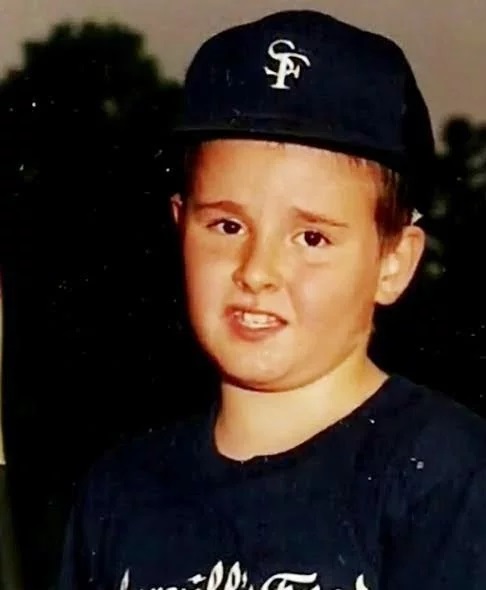 Adam Scherr was born on September 6, 1983, in Sherrills Ford, North Carolina. Scherr persuaded his graduation from Bandys High School, where he participated in sports activities such as football and wrestling. Braun Strowman resides in Orlando, Florida. Adam Scherr is the son of Rick Scherr, who is widely considered as one of the greatest slow-pitch softball players of all time. Scherr has a younger sister named Hannah.

Adam is unmarried; however, he is rumored to be dating Kamilla Kaine, who is also a wrestler.

Braun Strowman Professional Life
Braun Strowman began his career with Strongman profession where he earned the recognition after he took over NAS US Amateur National Championship followed by 2012 Arnold Amateur Strongman Championship. He also participated in the SCL North American Championship, where he finished at 5th and later came 7th  in the Giants Live Poland event.

Scherr started his professional wrestling career with World Wrestling Entertainment where he was trained at  WWE Performance Center in Orlando, Florida with a fresh in-ring name Braun Strowman. In 2014, Strowman made his debut on NXT where he defeated Chad Gable.

In 2015, Strowman made his WWE’s main roster debut attacking The Shield members Dean Ambrose and Roman Reigns and later became the member of The Wyatt Family with Bray Wyatt, Luke Harper, and Eric Rowan.  Strowman dealt with Ambrose in his first-ever match on WWE Raw, where he defeated Ambrose. Being a member of The Wyatt Family, Strowman feuded with several stars like Big Show, Kane, Reigns, Ambrose and many more.

During his tenure in WWE from 2016-17, Strowman dominated the WWE lockers’ room with his undefeated streak. Several superstars tried to put him down like Sin Cara, Sami Zayn and James Ellsworth, however they were failed to bag a victory, pushing him to become the next dominant and destructive force in the WWE industry. 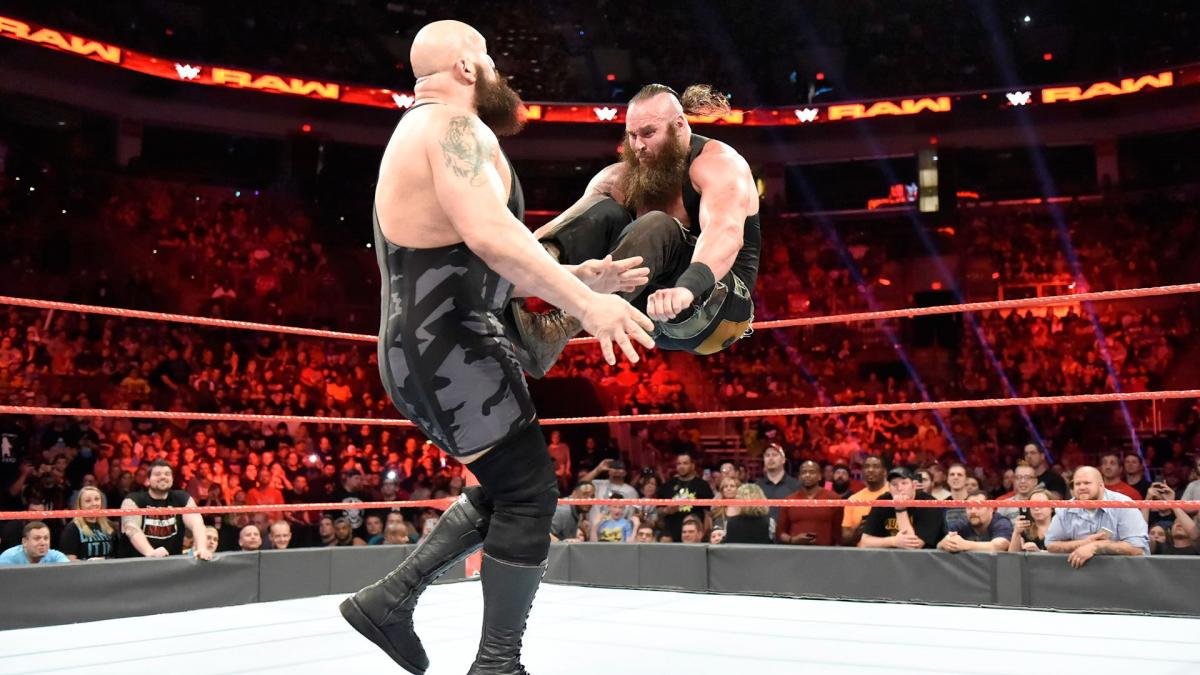 Strowman started his feud with ‘The Big Dog’ Roman Reigns and defeated him at Payback pay-per-view. He continued his feud with him leading a fatal -four-way match for  Lesnar’s Universal Championship, however, Strowman was unsuccessful to pick a victory. Strowman also appeared at Survivor Series 2017 as part of Team Raw, defeating Team SmackDown as Strowman and Triple H were the sole survivors of the team. Strowman also set a record of eliminating 5 opponents by himself at Elimination Chamber match, however, he was eliminated by Reigns.

At Wrestlemania 34, Strowman battled from WWE Raw Tag Team Championship having a young fan as Nicholas as his partner. Both defeated the team of ‘The Bar’ (Cesaro and Sheamus) to win his first title in the WWE.  Strowman took part in the Greatest Royal Rumble, where he won the championship after 13 eliminations. He broke the record for most eliminations in a Royal Rumble match, beating Roman Reigns’ holding a record of 12 eliminations.

In 2018, Strowman became Money in The Bank winner, however, he couldn’t cash in successfully to become the champion. Strowman has feuded and won over leading monsters in WWE history that includes Kane and Big Show. Strowman held a long feud with Brock Lesnar for Universal title, but he failed to bag the title every time.

Strowman has recently become a two-time Raw Tag Team Champion with WWE Universal Champion Seth Rollins, whom he will battle for the Universal championship at Clash of Champions pay-per-view. 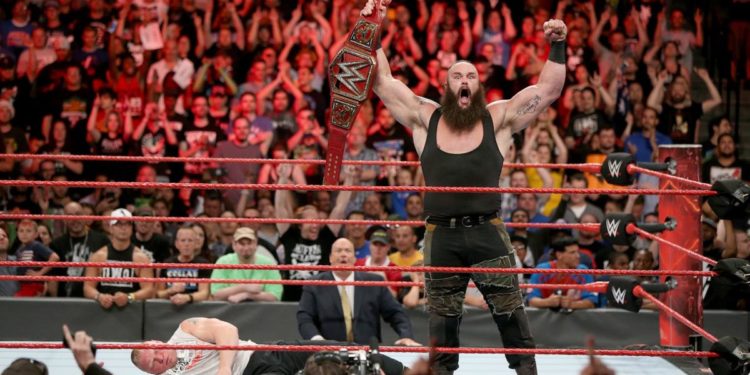 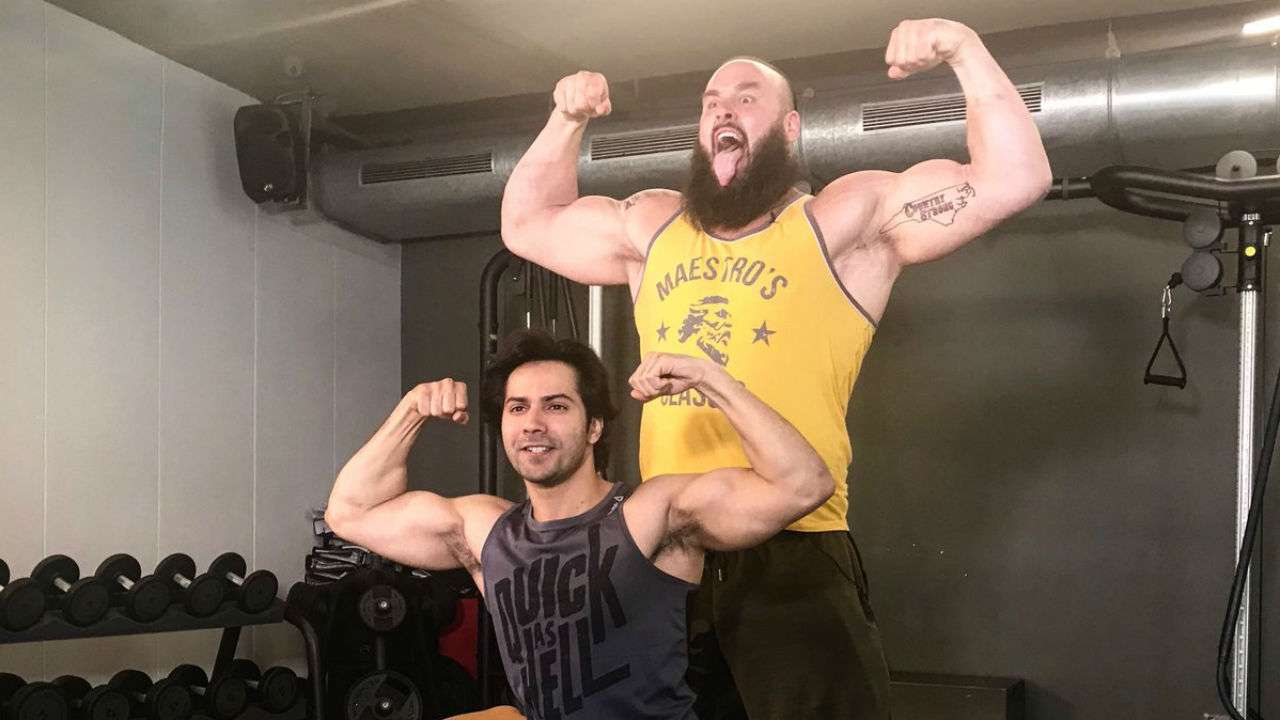 Braun Strowman Net Worth
Strowman’s Net Worth is estimated to be $1 million.

Controversy
Not a controversial career until now.