BRZ vs PER Dream11 Prediction:- At the grand stage, in the final of Copa America 2019, five-time-World-Champions Brazil will meet surprise package, Peru. Brazil defeated their neighbors Argentina in the semi-finals by 2-0, while Peru caused a huge upset, defeating Chile 3-0 in their semi-final.
Both the finalists have already encountered each other in the tournament this year where Brazil thrashed Peru 5 goals to nil. 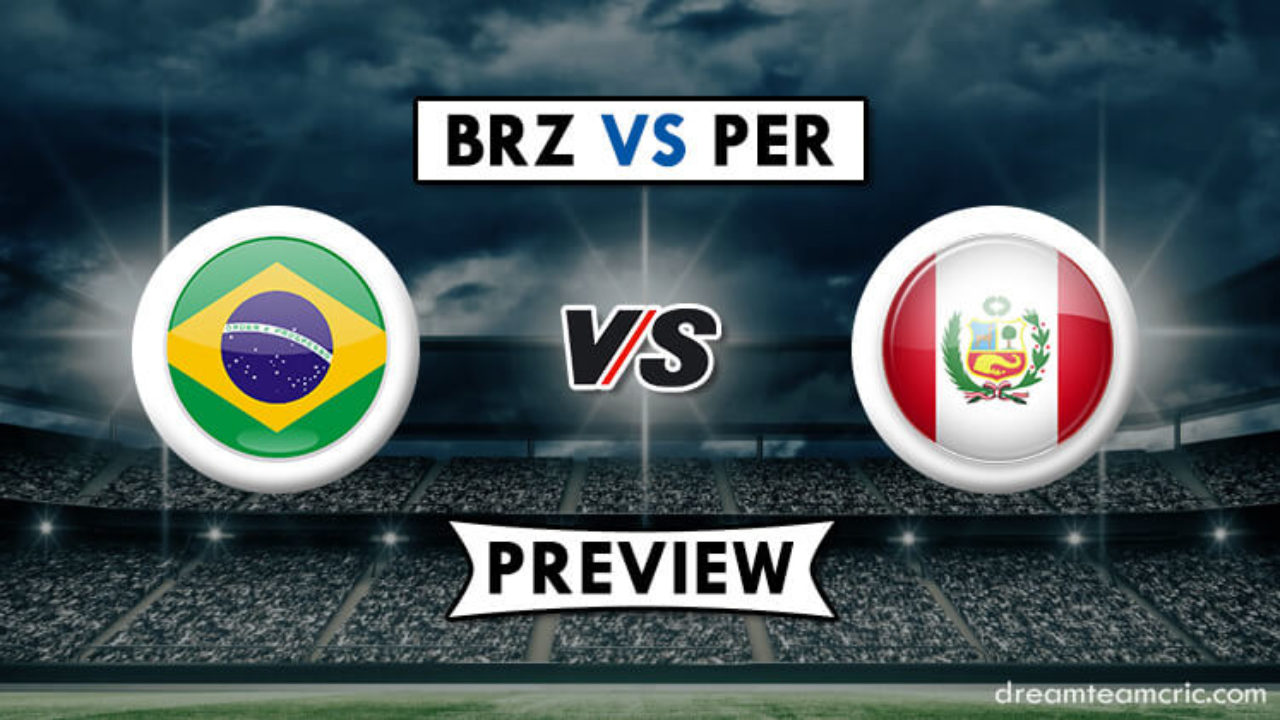 Brazil once again showed their domination with the attack of Gabriel Jesus and Roberto Firmino inflicting huge damage to Argentina in the last match. Captain Dani Alves was impressive at the back.
Peru outplayed Chile in their last game in all the departments. Keeper Pedro Gallese had a great game. Paolo Guerrero was at his best on the strike. Midfielders Renato Tapia and Yoshimar Yotun supported well in the middle.

Match details: BRZ vs PER Dream11 Prediction
Brazil will host Peru at Maracana Stadium. It has a capacity of over 87000 spectators.

Broadcast details: BRZ vs PER
The final will start at 1:30 AM IST, on 8th July 2019. The match will be available on Sony LIV app. 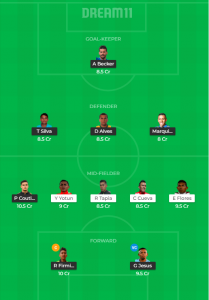 Head to head: BRZ vs PER
Played – 45
Brazil – 32
Draw – 9
Peru – 4
Recent form (5 games): BRZ vs PER
Brazil – WWWDW
Peru – WWLWD
Win probability: BRZ vs PER
Brazil is looking clear favorites with 77% chance and a mere 6% chance of Chile winning the cup. There is 17% chance of a draw.
Top performers: BRZ vs PER
Brazil:
Firmino – The striker has been phenomenal for Brazil and has been one of their best players in the tournament.
Goals: 2 | Assists: 3
Coutinho – The midfielder has been Brazil’s creative outlet and has been among the goals, one way or the other.
Goals: 2 | Assists: 1
Peru
Paolo Guerrero – He has been the joint top scorer for his team this tournament and would look to add to that in the final.
Goals: 2
Edison Flores – The midfielder hasn’t played all the matches but he has made his presence felt whenever he has taken the field.
Goals: 2