15+ Bollywood Films That Are Based On Cricket


Birju Kumar (Vinod Mehra) goes through a lot of hardship to ensure that his younger brother Ajay’s (Kumar Gaurav) cricketing dreams are fulfilled. When Ajay makes it to the Indian team at the expense of star cricketer Vikram (Shakti Kapoor), the latter plots the perfect revenge and gets Ajay dropped from the team. It is Birju who then motivates Ajay to regain his lost glory. 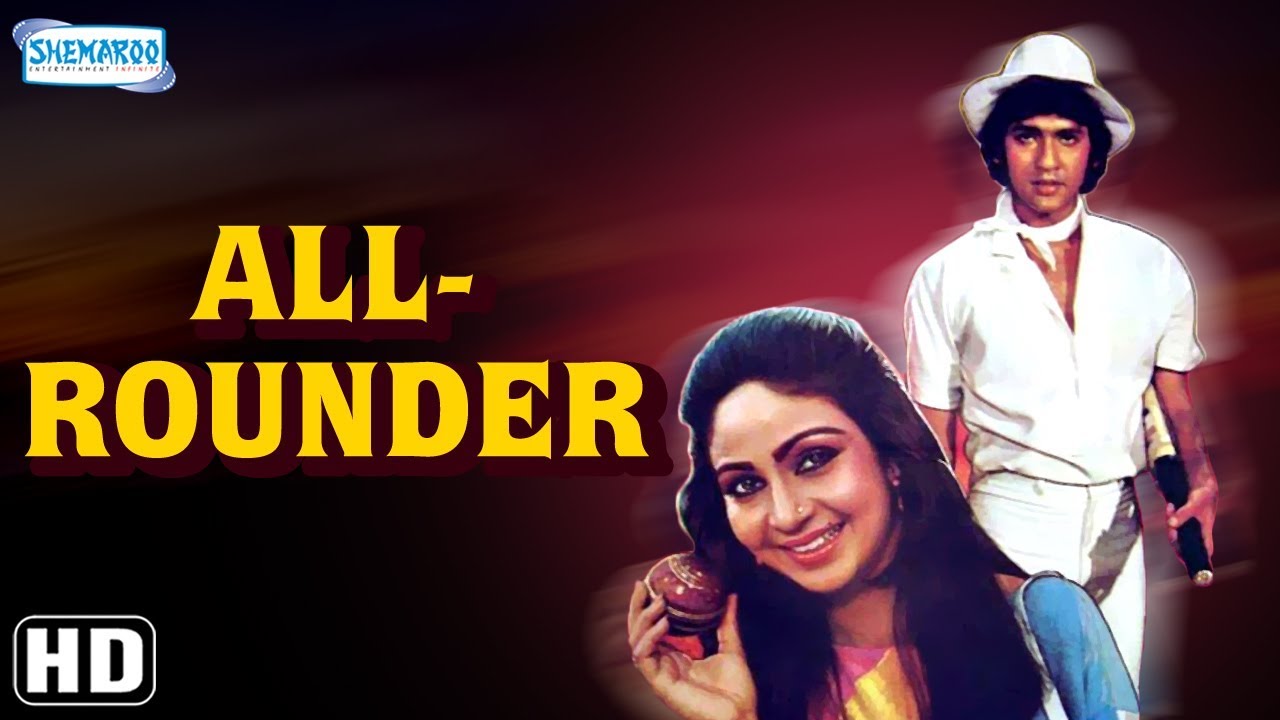 This Dev Anand-directed film, based on cricket, focuses on the rivalry between teammates. When upcoming star Sunny (Aamir Khan) replaces cricket sensation Ronny (Aditya Pancholi) in the team, it creates a divide between the two. The film follows Sunny’s rise in the world of cricket while Ronny unsuccessfully tries to sabotage his career. 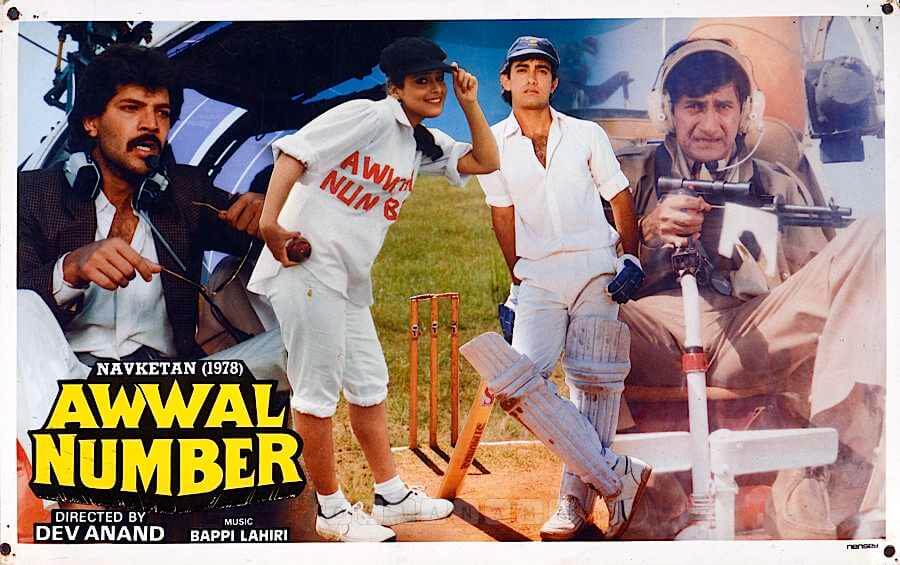 This Aamir Khan film is easily the most iconic movie in this genre. When Bhuvan (Aamir Khan) raises his voice against the heavy taxes levied on them by the British Raj, they make a simple offer to him – defeat us in a cricket match and we’ll abolish the taxes. Thrilling and heart-wrenching at the same time, the Ashutosh Gowariker-directed drama made it to the final 5 at the Oscars that year for the best foreign-language picture.

This Raveena Tandon starrer revolves around the residents of a certain Happy Home Society who are brought together by their love for cricket. With the sport as the backdrop, the story deals with how Reena (Raveena) overcomes her sense of isolation after her Army officer husband goes to fight the Kargil war. 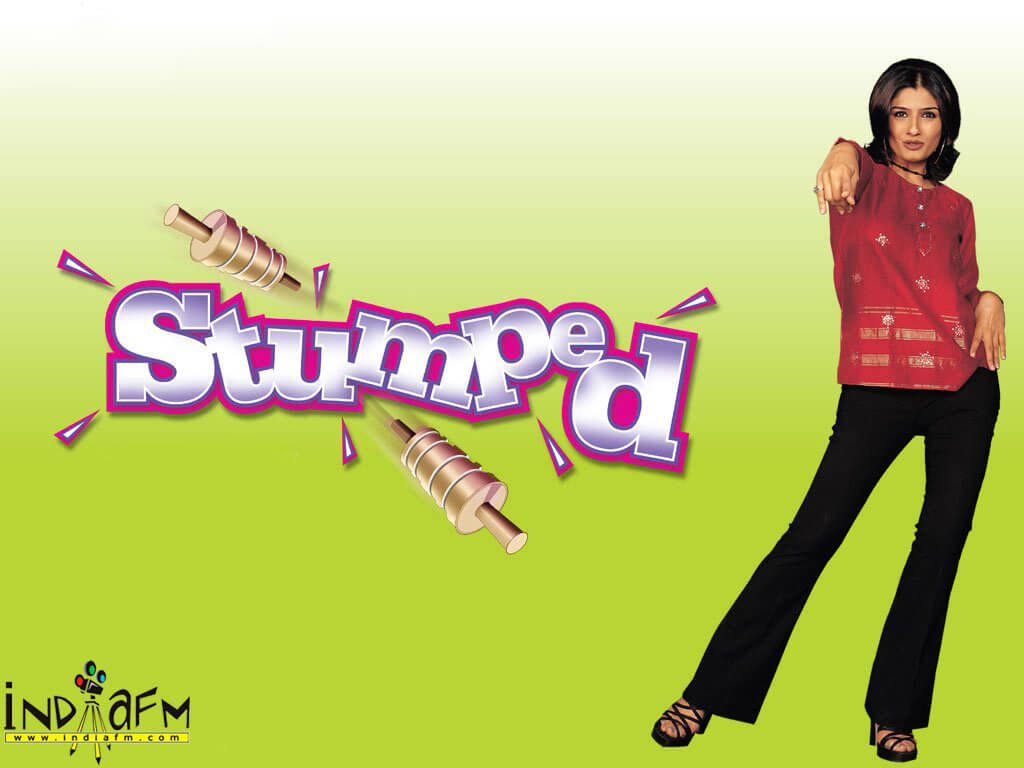 Besides Lagaan, this one’s another must-watch from this list. Director Nagesh Kukunoor tells the story of Iqbal (Shreyas Talpade), a deaf and mute boy, who dreams of playing cricket for India. He seeks help from Mohit (Naseeruddin Shah), who was once a great cricketer and persuades him to be his coach. Iqbal’s talent coupled with Mohit’s guidance helps him secure a place in the Andhra Pradesh Ranji Trophy team and eventually, in Team India. 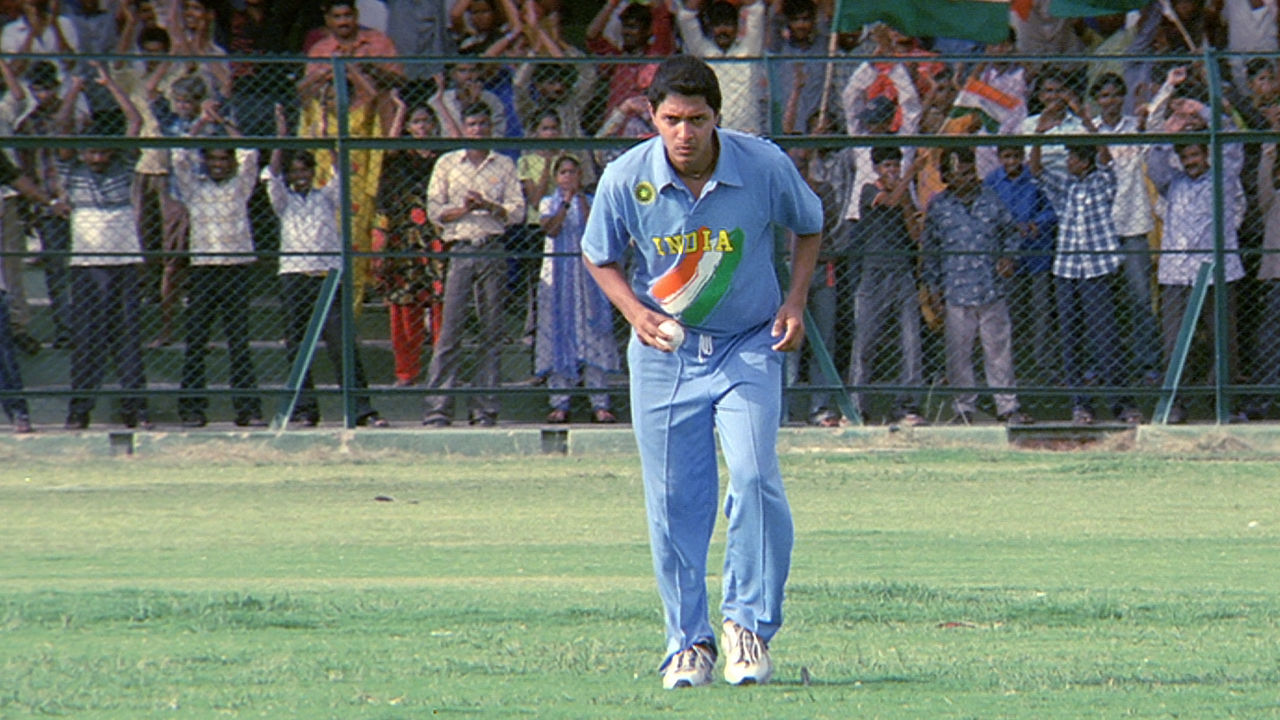 Hattrick revolves around Sarabjeet Singh (Kunal Kapoor), an avid cricket-lover, and his wife Kashmira (Rimi Sen), who thinks the sport is a waste of time. 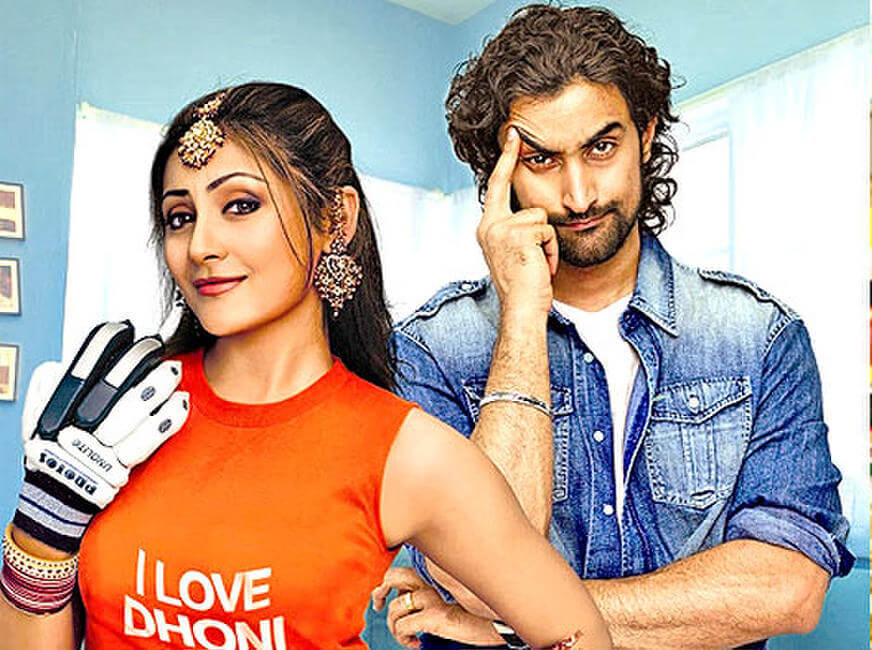 13-year-old Karan (Zain Khan) somehow manages to acquire the bat that Kapil Dev had used in the 1983 World Cup final, and bats so well with his ‘magic bat’ that he becomes the youngest player in history to play international cricket. What follows is a string of events that threaten his place in the Indian team.

Who said cricket is only for men? Meet Meera Achrekar (Mandira Bedi) who is a cricket aficionado and heads the ‘Meera XI’ cricket team in the colony – all this much to her mother’s dismay, who is trying to get her married off. 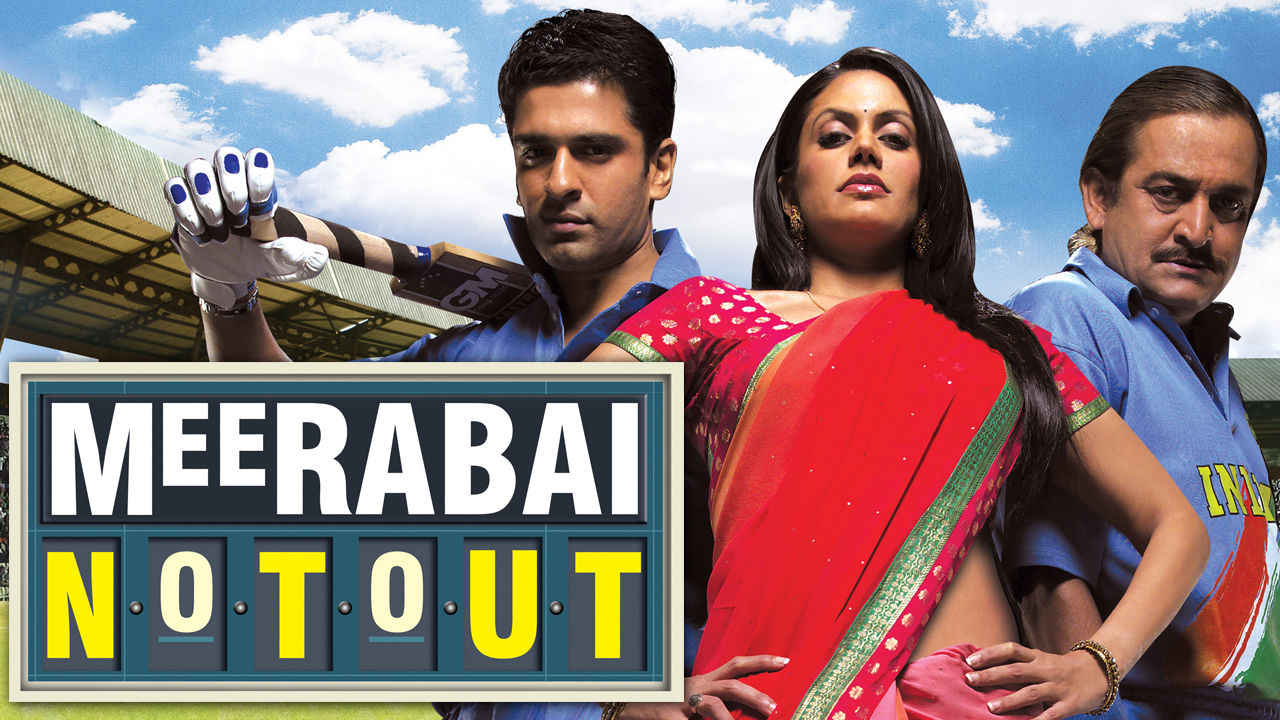 The 2008 sleeper hit delves into the dark side of the cricketing world. Arjun (Emraan Hashmi), a small-time gambler gets involved in cricket betting. But soon, he faces the dilemma of choosing between his unethical profession and his ladylove, Zoya (Sonal Chauhan). 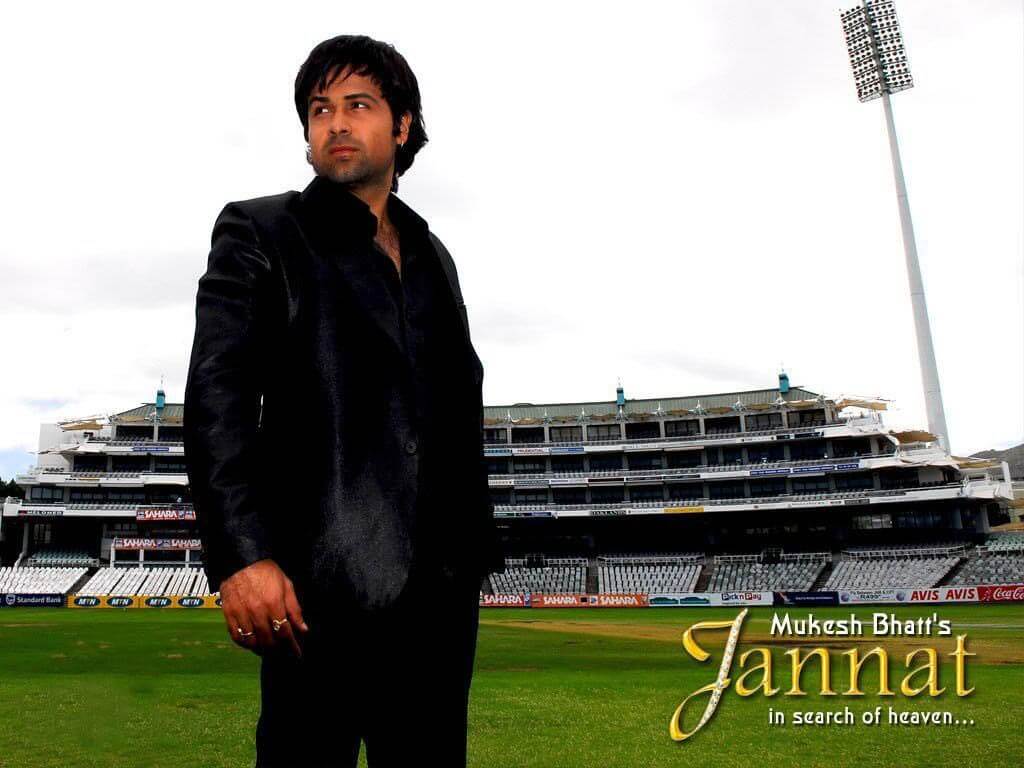 Yet another cricket-based film about regaining lost glory. Vijay Shekhawat’s (Harman Baweja) dream comes true when he is selected for the Indian team. However, this happiness is short-lived as Vijay lets his newfound fame get the better of him. 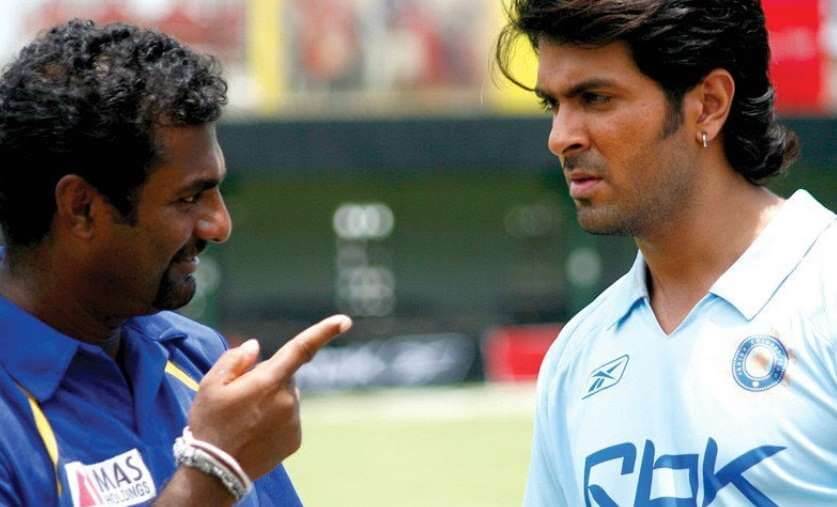 This Yash Raj film shows how Veera Kaur (Rani Mukherji) aspires to be a National-level cricketer. When Team India’s captain Rohan (Shahid Kapoor) has a trial session to select upcoming players, Veera goes disguised as a male and gets selected. What follows next is a comedy of errors. 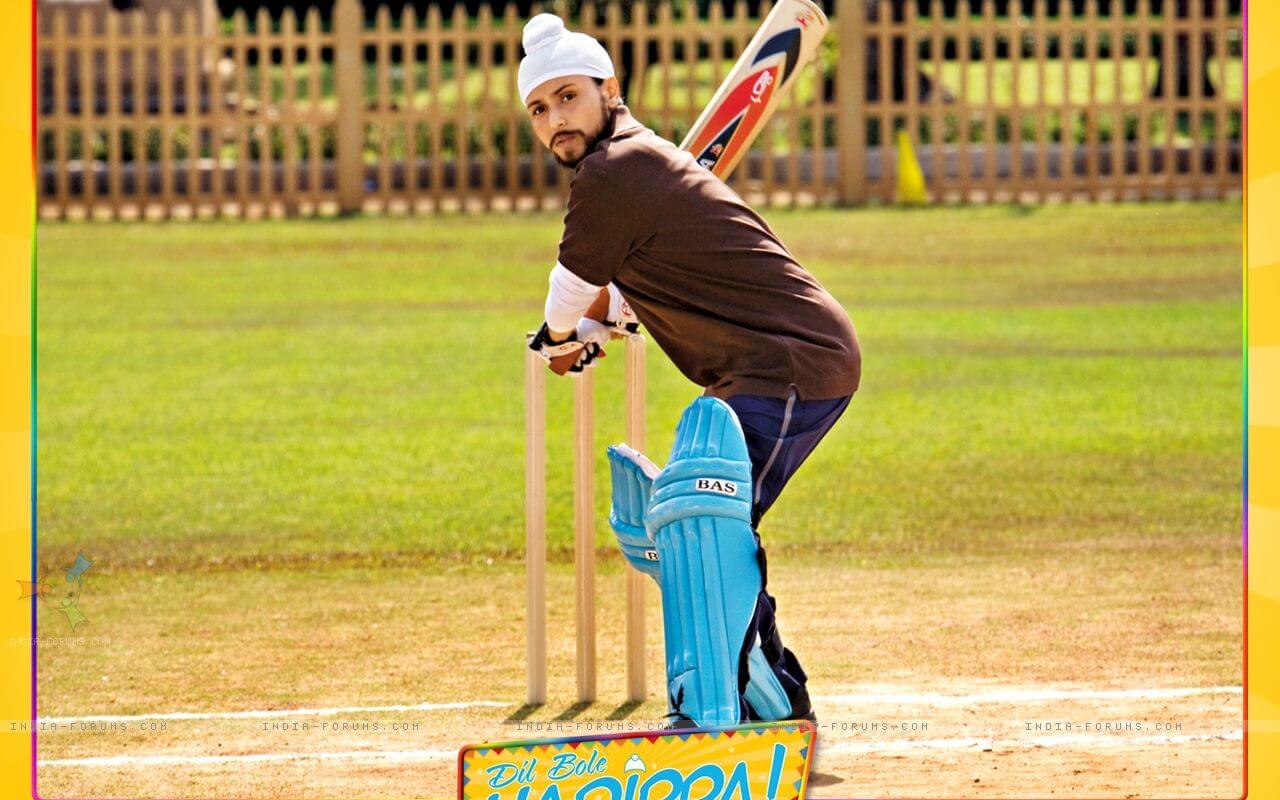 This Nikhil Advani film didn’t set the cash registers ringing but was appreciated by critics. Gattu (Akshay Kumar) and his family are settled in England. His dreams of becoming a cricketer are cut short as his father Gurtej (Rishi Kapoor) bars him from playing for Team England. How Gattu manages to realize his dreams despite his father’s disapproval forms the rest of the story.

When Kayo (Ritwik Sahore) gets selected for training at Lord’s, his father Rusi (Sharman Joshi) comes up with a unique plan — he decides to steal Sachin Tendulkar’s Ferrari and get the required one-and-a-half lakh rupees for the trip. Ferrari Ki Sawari essentially tells the story of a father not stopping at anything to make his son’s dreams come true. 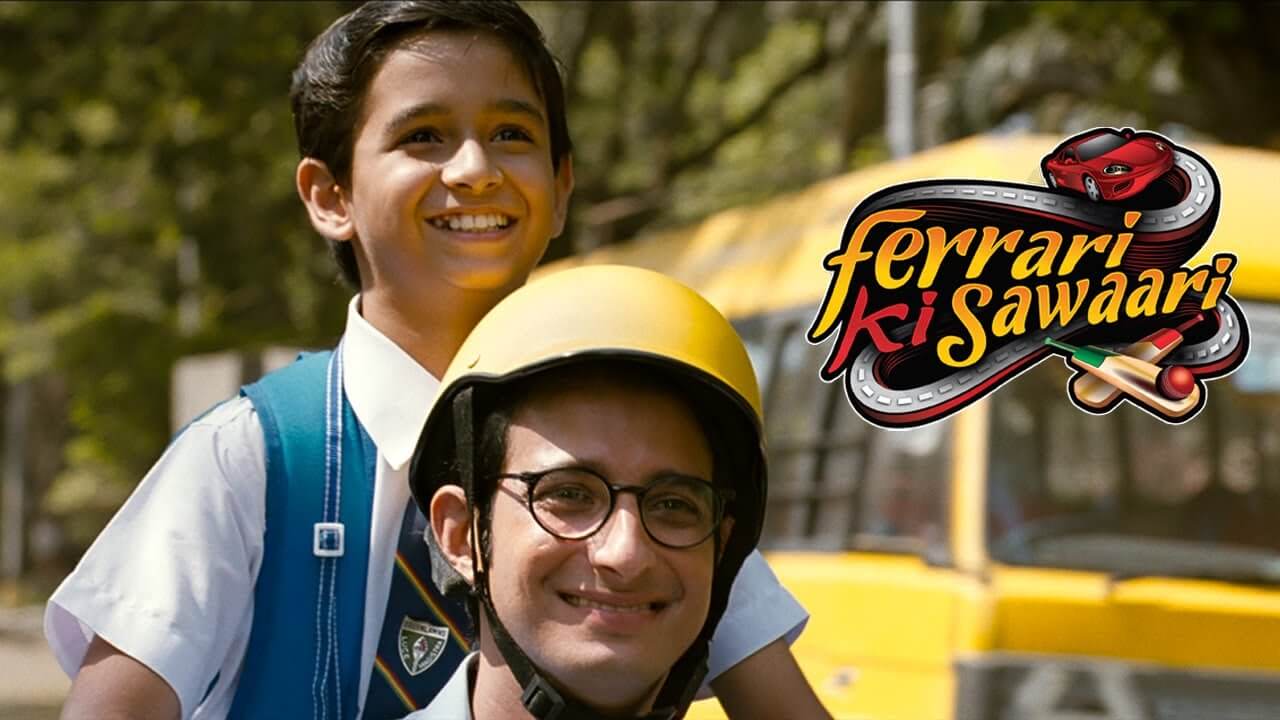 After Bollywood Movies Based On Cricket we will talk about the movies which were based on cricketer or we can say some biopic which tells about their life, struggle, determination and many other things from their life. So here we go –

Azhar, directed by Tony D’Souza and written by Rajat Arora, is a sports biopic based on the life of Indian cricketer Mohammad Azharuddin. Produced by Balaji Motion Pictures and Sony Pictures Networks, Azhar stars Emraan Hashmi, Prachi Desai, Nargis Fakhri, Kunaal Roy Kapur, and Lara Dutta in the pivotal roles. The events in the movie are presented in a nonlinear fashion and from the perspective of Azharuddin. Just after scoring a century in his 99th Test Match, Azhar learns that he has been banned for life by the Indian cricket board on account of the former South African captain Hansie Cronje’s allegations that Azhar was the one to introduce him to the bookies. 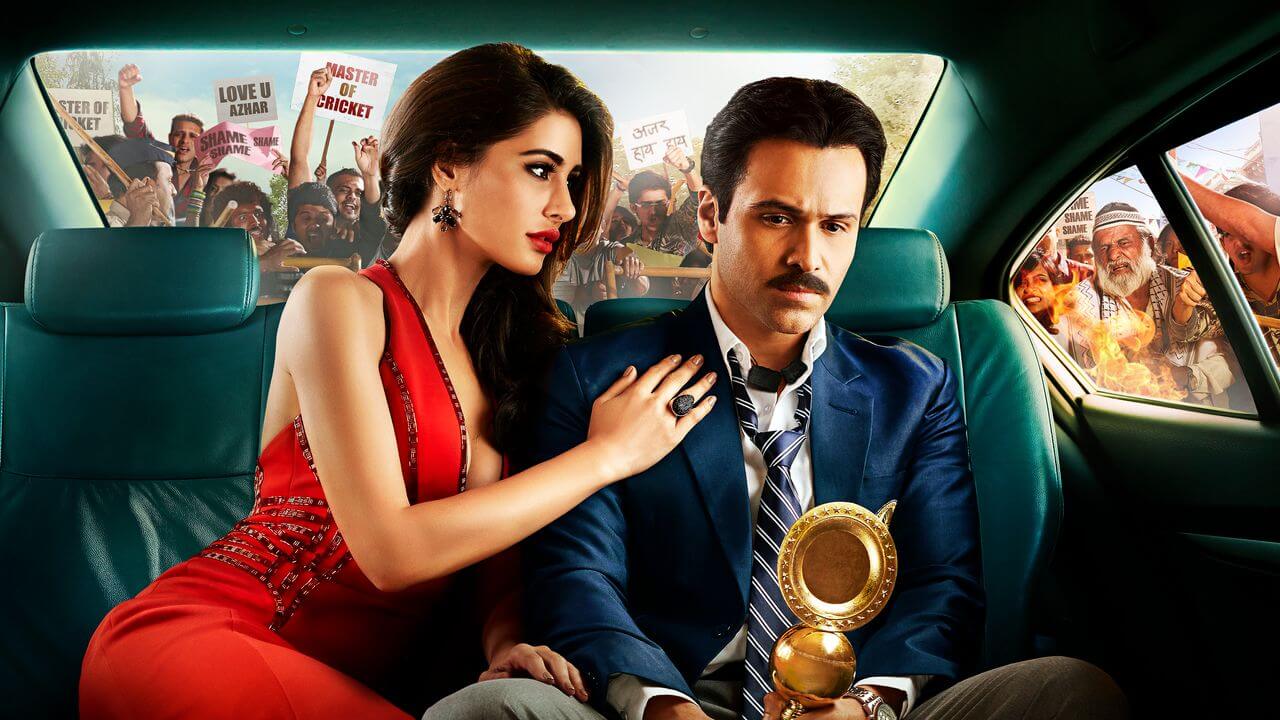 Having fallen from grace, suddenly he finds himself all alone. None of his former teammates are willing to come out in his support. But, he is hell-bent on regaining his lost prestige. So, a dejected Azhar requests his reluctant lawyer friend to take up his case. On the insistence of the lawyer friend, after he reluctantly accepts the case, Azhar begins to narrate the larger-than-life tale of his meteoric rise and unceremonious fall as a celebrity cricketer.

MS Dhoni: The Untold Story is a biopic about the man we all know very well but whose journey we don’t. This movie is directed by Neeraj Pandey.

The role of Dhoni is played by Sushant Singh Rajput. He has successfully managed to bring out the character of MS Dhoni by his unimpeachable performance and is receiving a lot of applause for his work in this movie. From the body tone to the parlance, he has perfectly personified M.S. Dhoni. His walk, talk, and the helicopter shot everything matches the Indian captain. 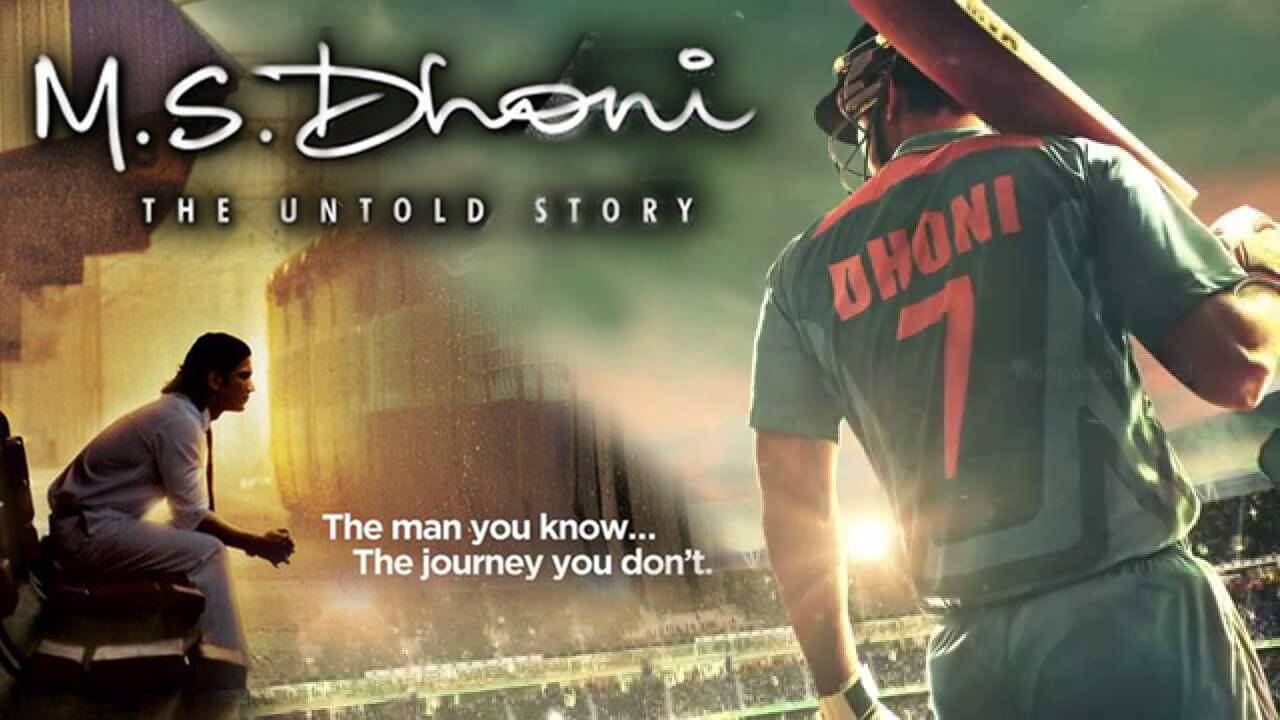 The story began with the iconic World Cup of 2011. The glory of the past is revealed in the film by following a reverse sequential order.

This film revealed what went behind in making MS Dhoni as the man we all know today. In the film, it is revealed how his sports coach discovered the talent inside of him. Not only his coach, his family, and friends also encouraged him to pursue his passion.

Since the very beginning, there were numerous challenges in the life of Dhoni, but with strong willpower, he was successfully able to conquer it all and rise above.

After watching the film, people have started to respect Dhoni more than before and he deserves every tiny bit of applause. If it wasn’t him, India might still be waiting for the second World Cup.

However, going by the reviews, it is a one-time watch movie despite the fact that it is truly very inspiring. Moreover, the movie is doing extremely well at the box-office.

The first part of this 3-hour film goes into entrancing the details about the family of a middle-class boy of the less known place Ranchi. It is a place where people are genuinely concerned about one another and there is love all around. This movie brings about how optimism and hard work can take people to new destinations.

“Sachin is an emotion.” Sachin: A Billion Dreams that opens with such introductory words as these tells of a love story – rather is a fitting tribute to – that took shape in the 1990s and developed into an epic with time.

It is a love story between Tendulkar and his fans and that between him and wife Anjali, the centerpiece of which remains, all through, his game and a passion to play for India. To a Mumbaikar and Sachin’s fans, this documentary is a lot about resilience, with Sachin bringing a smile to millions, amid chaos. 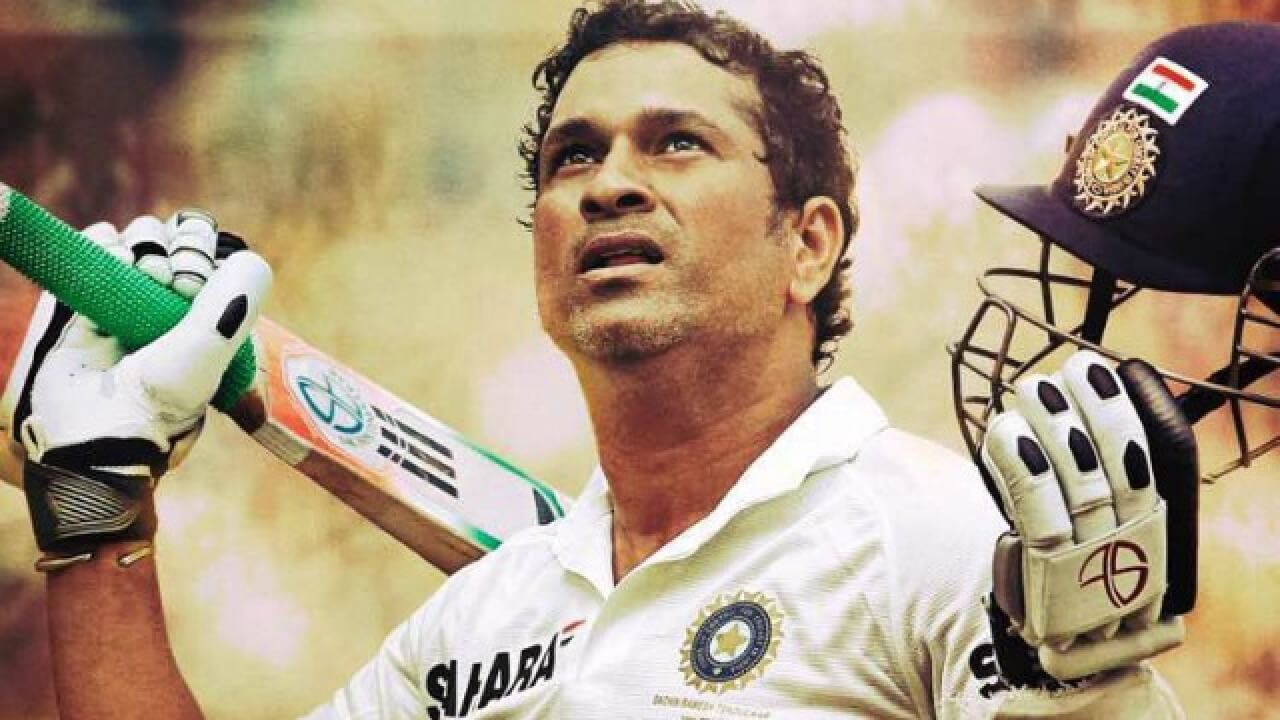 But first things first, while we rejoiced in Sachin Tendulkar being conferred the Bharat Ratna, we, perhaps, in a hurry, sidestepped more deserving Indians. We forgot the dark chapters of Indian cricket and his personal failures on so many occasions that made the God of cricket a human. When emotion rules, logic fails. We as a nation are sold on emotions.

The biographical film or documentary, directed by James Erskine, that comes close on the heels of a raging debate over his absence in the Rajya Sabha fails to excoriate him on issues such as these and his stunning silence over match-fixing in the late 1990s.

Its minuses apart, the documentary is a fantastic tale of a dream journey that is the stuff of a legend. It says so many things about love in Sachin’s personal life and his professional journey which his fans would savor.

So these were some of them which set a place in Bollywood.

Now if we listen to some Bollywood expert then they say that some more cricket movies will be coming in some year because they get a good response after making movies like this
But every cricket fan is waiting for the movie “83 the film”
Which is all about the world cup we won in 1983.