Billiards is one of the most popular games among youths, which is played in a large variety that falls under the wide category of Cue Sports.

The game involves striking a cue ball (white ball) with a cue stick, to make it strike one of 8-10 balls that must be ‘pocketed. it requires a lot of skill and forethought, as most plays must be planned out several moves in advance. One must also be able to anticipate the moves of opponents.

Billiards is a very old category of games, all of which have a wide, varied and colourful history. It started getting recognition from professional tournaments, from 2000: after which the cue sports category started appearing in many different tournaments and competitions. 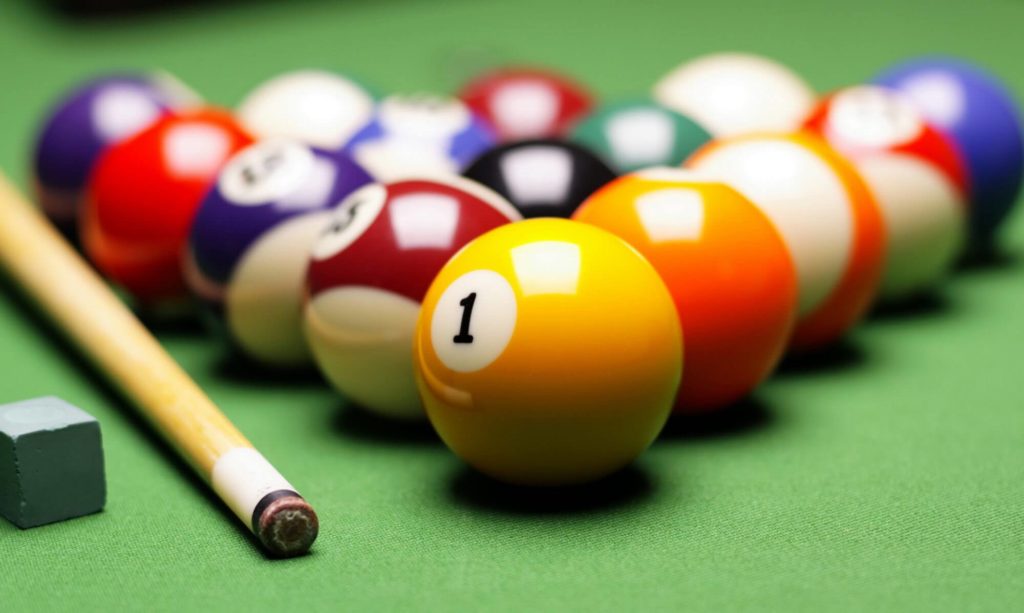 Billiards does not refer to a single game, but one with several types and subdivisions. These types and subdivisions vary greatly, as some have major changes to the playing table, while others have changed in the balls and others still who choose to modify the number of balls. pockets or other things:

Carom Billiards: A type of Billiards, played on a table entirely without pockets and usually 10 feet in length. It includes smaller types like Artistic Billiards and Four-Ball.

Pool: One of the most popular types of Billiards games, this category includes many smaller pocket billiards games. Played on a table with six pockets and a total length of 7-9 feet, it comprises of the more popular games like 8-Ball, 9-Ball, 10-Ball, and Straight Pool.

Snookers and English Billiards: These are played on slightly larger pool tables, called snooker tables. The games under this category have an entirely separate history than the other types, along with totally different terms and culture.

There are also many other, smaller niche games that have developed in countries. These differ widely from each other, as some make use of targets that one has to reach while navigating through different kinds of obstacles and others that use disks instead of balls. 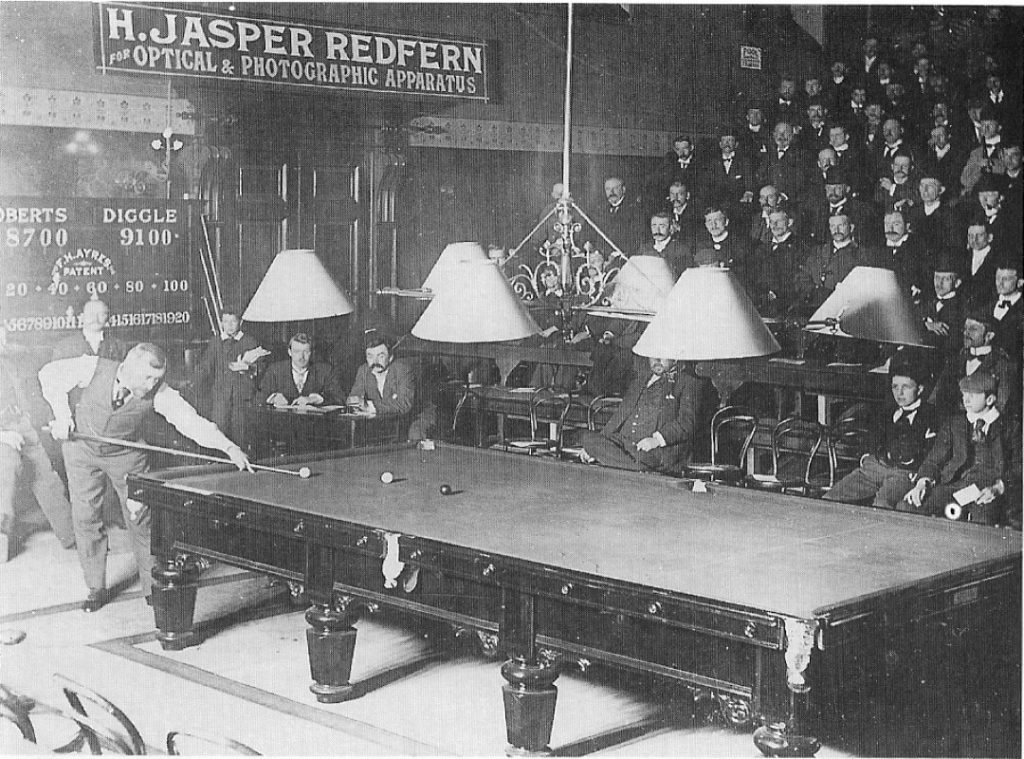 It is generally accepted that all types of cue sports have evolved from outdoor stick-and-ball garden games. Between 1878 and 1956, the pool made a huge entry into the U.S. Annual championships, tournaments and competitions became widespread, with famous players even getting their own cigarette cards. Troops, before World War II, had begun to take a streamlined interest in the game, as it provided hours of pastime. The 1961 film ‘The Hustler’ sparked a new interest in the game, as the movie-going community marvelled at the thought of the mysterious classy game called Billiards. 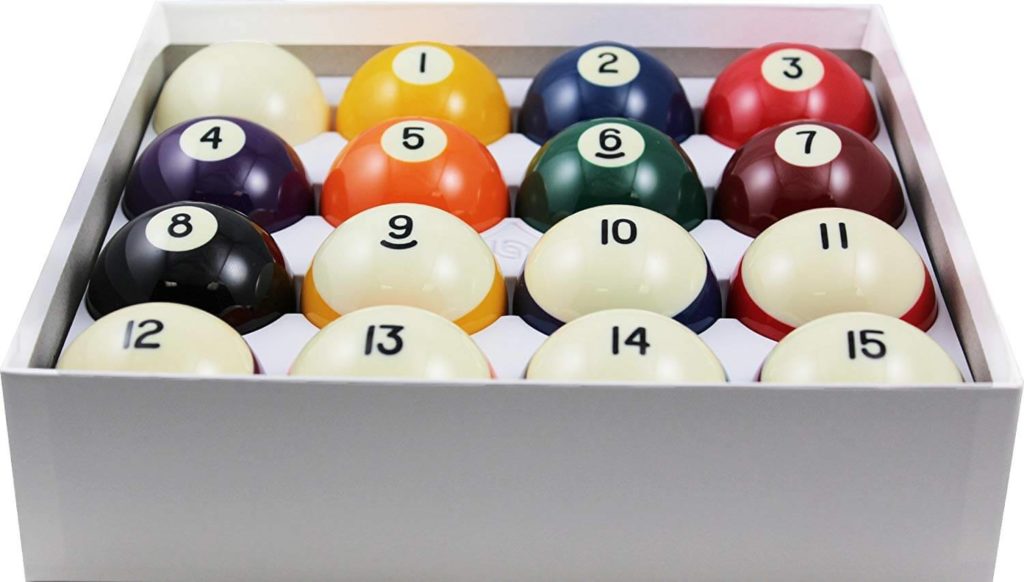 There are a wide variety of pool balls used for the sport. There are distinctions based on countries, the particular cue sport being played and even the age of the player. Some of the more popular types, excluding almost unique balls used for a selected niche, are:

Russian Pool and Kaisa: Russian pyramid uses 16 balls, like pool, but with significant changes to the colour and tone of the balls: 15 are white and numbered, with a red cue ball. They are made exactly 68 mm in size. Kaisa uses a total of five balls: 1 yellow object ball, 2 red object balls, and 2 white cue balls differentiated by some sort of marking on one of the balls.

Carom: The balls used here are slightly larger than the ones used in the standard pool. They measure 61.5 mm and come as 2 cue balls, one marked, and 1 object ball (2 in the case of 4-Ball).

American Style: These are the standard balls used for the pool. They measure 57 mm and are used in championships, tournaments, and casual-playing in many countries around the world. They come in two sets of object balls, one set solids and others striped, along with an 8 ball and a white cue ball. In some particular games, not all the balls of the set are used or are racked in a different manner.

English Style: These are similar to American Style sets, but have slightly different markings, sizes, and colours. The two suits, instead of solids and stripes, are divided into red and blue groups. They have a size of 52.5 mm and are mostly in the U.K and neighbouring countries. 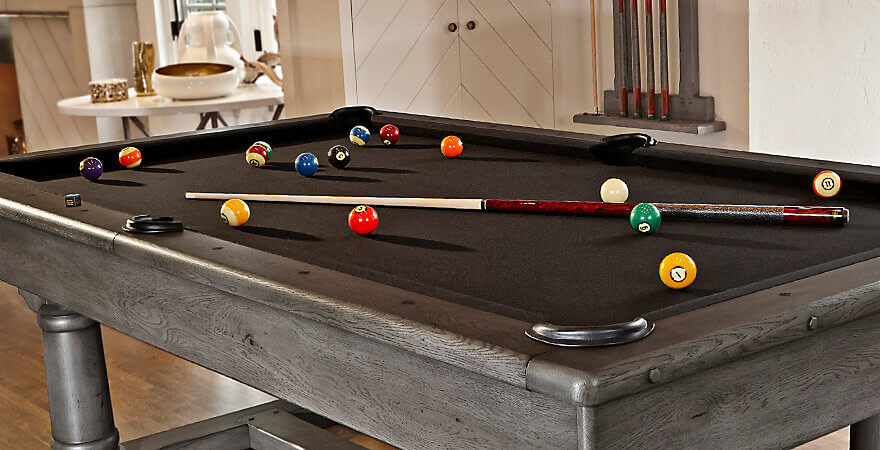 Billiards tables come in a wide array of shapes and sizes, some used in specific countries, others for specific games and others still for specific player choices. Usually, tables have twice their width as their length, with lengths ranging from 7-9 feet. Full-size snooker and English Billiards can go up to an astounding 12 feet.

Pool halls, tend to purchase and procure 9-footers (a name for tables 9 feet in length), for catering to the needs and wishes of the serious, professional pool player.

Pubs, taverns or bars tend to have coin-operated 7-footers (a name for tables 7 feet in length).

10 feet tables were common in the 1900s, but have thinned out. These now only exist in the collections of private collectors or the seriously rich. Some pool halls that have been in business for some time still have these but are fairly rare. All Billiards tables are covered with a type of cloth. These are very important and crucial to the type and course of the game being played, as they introduce the higher or lesser amount of friction to the balls which can make them faster or slower, and have a considerable effect on the amount of force the balls deliver.

Bars and taverns use a slower, and more durable type of cloth since these tables get the most traffic. Home billiards tables use a faster cloth that provides a lesser amount of friction to the balls. Competition and tournament tables use 100% worsted wool, with Snooker tables having a directing feature that influences the course of the balls.

Cue sports is one of the widest categories of sports, having well over a hundred established and professionally recognized games. However, some games can be distinguished on the basis of popularity. Some of these are: 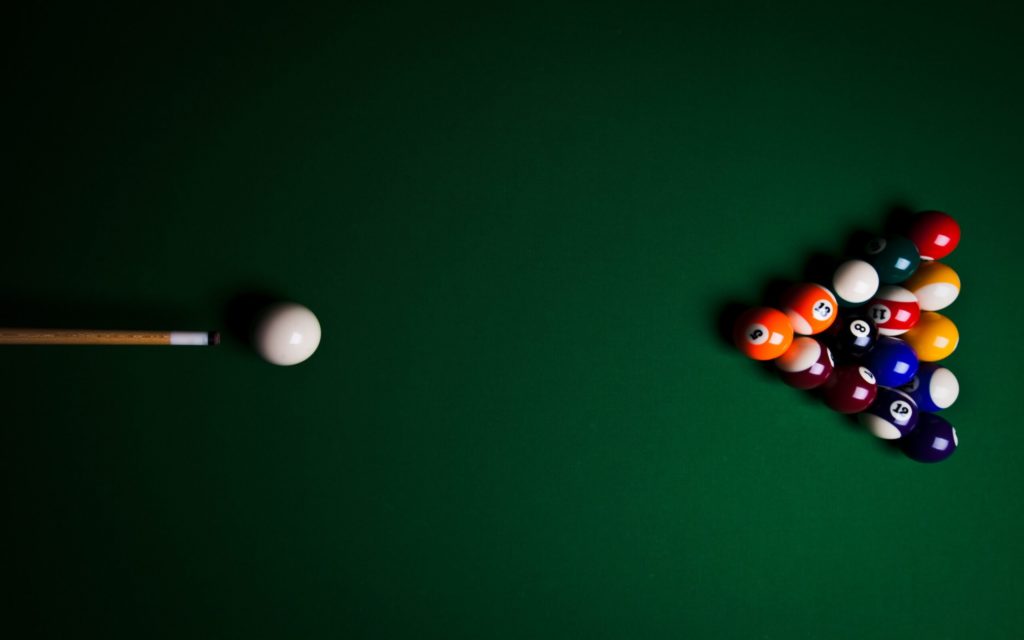 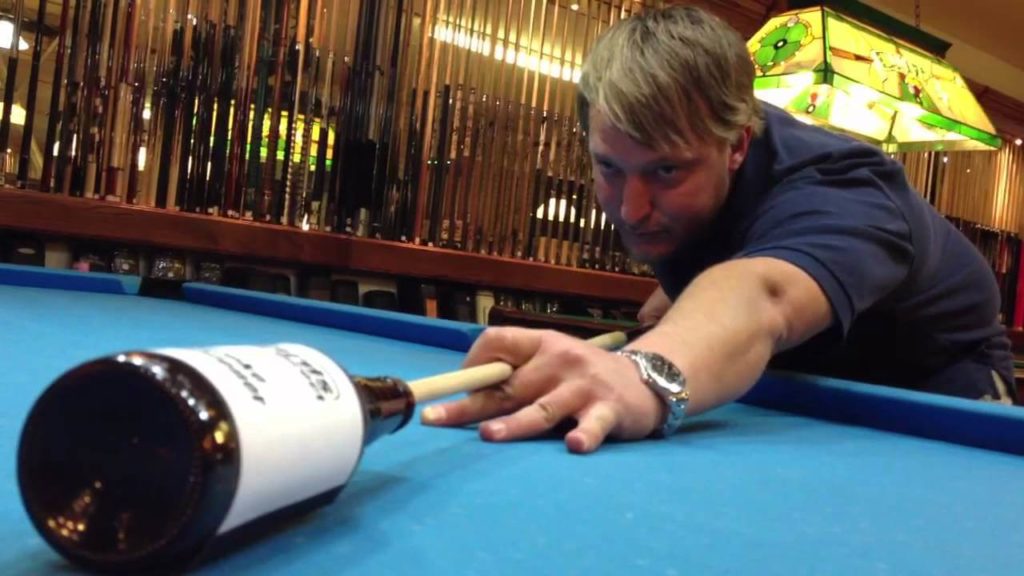 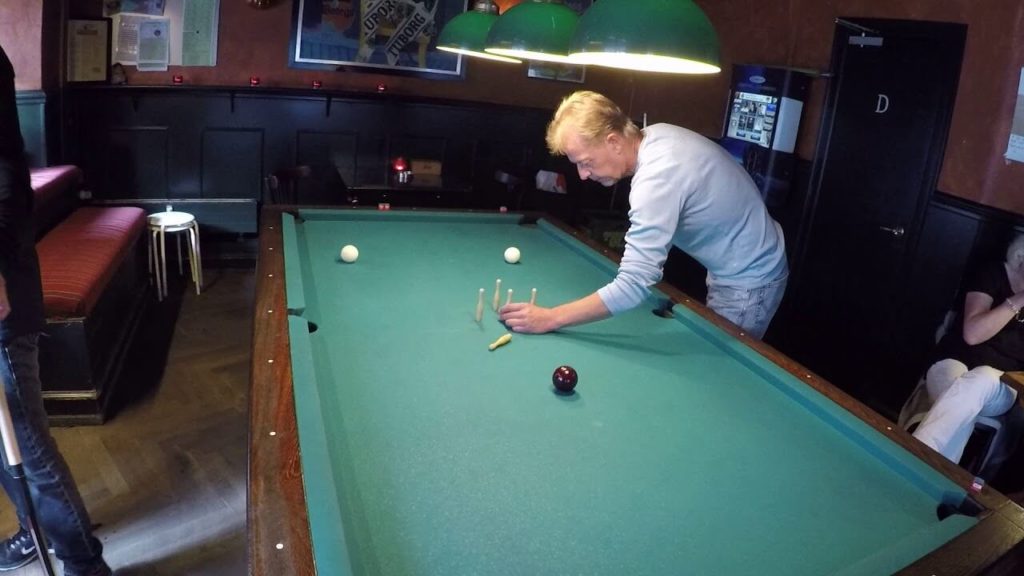 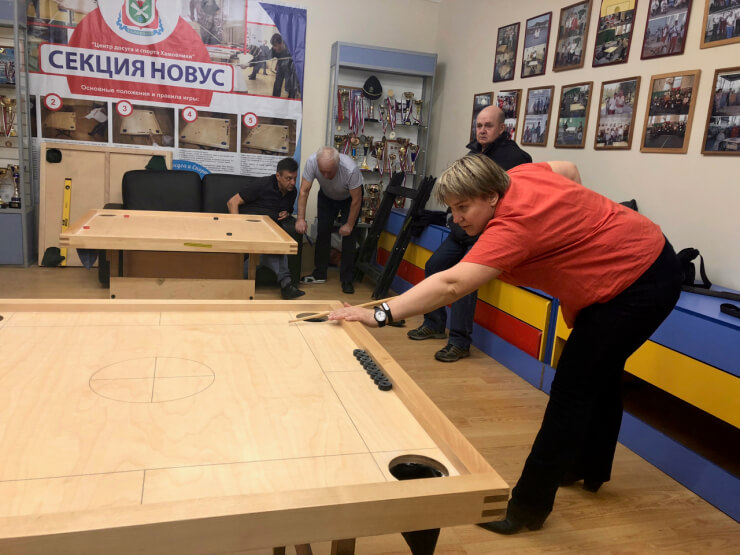 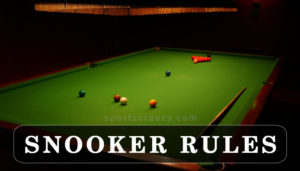 Snooker Rules, How to Play | Tips and Techniques 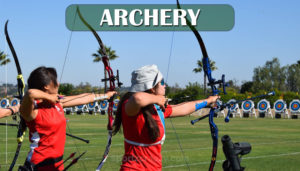 All you Need to Know about Archery | All Rules Explained 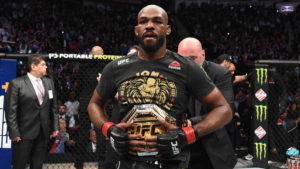