The central sports ministry has named a thirteen member squad to review the contentious Draft National Sports Code 2017. The 13 member committee will be headed by Retired SC Justice Mukundakam Sharma. The committee will be tasked to suggest necessary changes for making the Draft National Code for Good Governance in Sports, 2017 acceptable to all stakeholders.

It is believed that the suggestions from the committee will help to strike balance between the autonomy of the National Sports Federations (NSFs) through the need for accountability and transparency. Further it will also lend a hand to bring the government and the stakeholders to come to an agreement over the sports code. 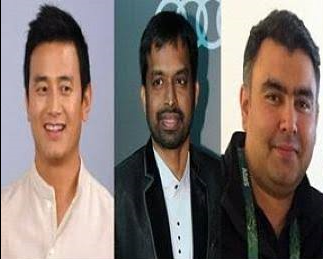 The thirteen member squad, that will be chaired by (Retd. )Justice Mukundakam Sharma, features some greats of sports like former football captain Baichung Bhutia, ace badminton coach Pullela Gopichand, Olympic bronze-medallist shooter Gagan Narang and former long jumper Anju Bobby George. On the other hands the NSFs will be represented by Ajay Singh, chief of Boxing Federation of India, President of Kho Kho Federation Sudhanshu Mittal, Adille Sumariwalla who heads the Athletics Federation of India and B.P. Baishya chief of Weightlifting Federation of India. The other members who complete the committee are Dr. A Jayathilak IAS, Principal Secretary (Sports), Kerala, SAI Director-General or his representative and Sports Joint Secretary.

The thirteen member squad picked by the union sports ministry will thoroughly study the comments and suggestions received from the Indian Olympic Association (IOA) and other national sports federations on the draft of the National Sports Code 2017. The committee will also be required to review the draft of the national code with the present code. If implemented, the IOA and the NSFs will have six months to amend their constitutions as prescribed by the draft.