With the 2022 NFL season just around the corner, it is time to take a break from waiting for the NFL Week 8 odds and take a look at some history of the NFL. In the 100 years of the NFL, outstanding players have come through, but others stand out amongst the rest.

Today, the play style heavily relied on the passing game, while in the past, football was far more focused on strong defense and run-first style offense. At the end of the day, choosing the top five greatest NFL players is subjective but without further ado, check out my list of top five NFL players of all time. 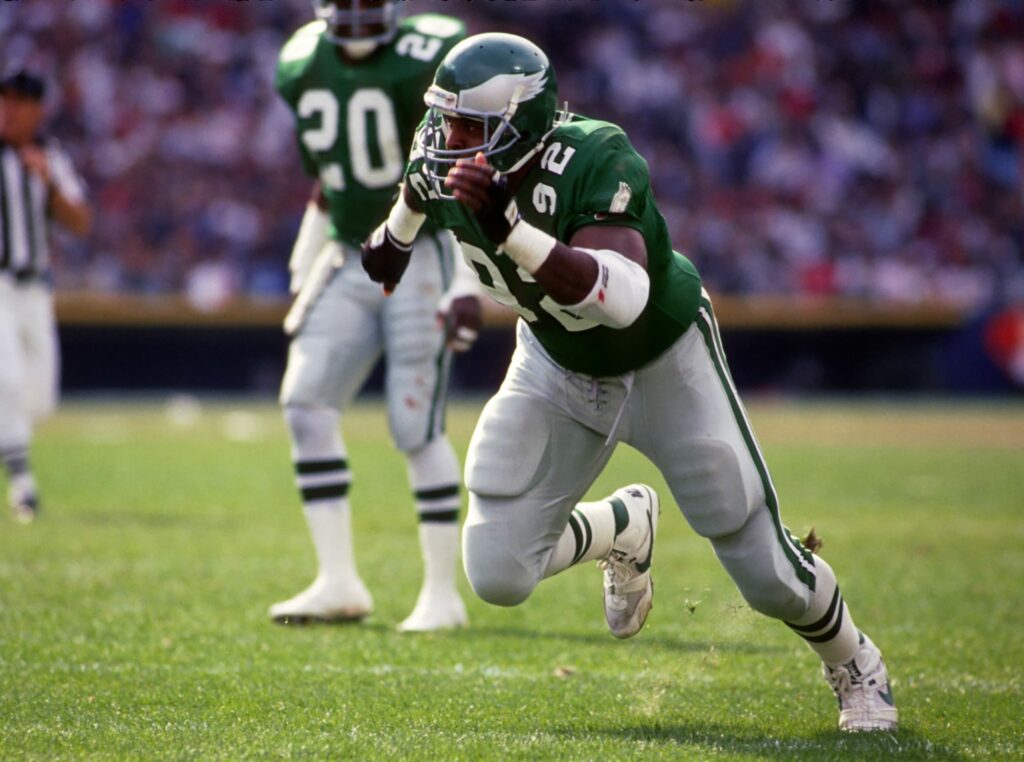 Considered one of the best defensive players and best lineman of all time, Reggie White was drafted to the USFL in 1984. In 1985 White signed with the Eagles and played there for eight seasons.

Following his time with the Eagles, White joined the Green Bay Packers for six more years and ended his career with the Panthers in 2000. Throughout his career, he became one of the most awarded defensive players in NFL history, with 13 Pro Bowls and 12 All-Pro nods.

On top of that, White is a two-time NFL Defensive Player of the Year and second on the all-time sack list with 198. Touted as the best defensive player ever in the NFL, Lawrence Taylor (LT) played linebacker for 12 seasons, all with the New York Giants. Offenses changed how they played against LT as he was all over the field, from taking down running backs to chasing down quarterbacks for a sack.

His 1986 season is considered his best as he finished the season with the record number of sacks at linebacker with 20.5 and helped lead the Giants to a Super Bowl.

He also finished 1986 with the NFL MVP and became the second defender to win the award. He also won awards for three defensive players of the year and rookie of the year. 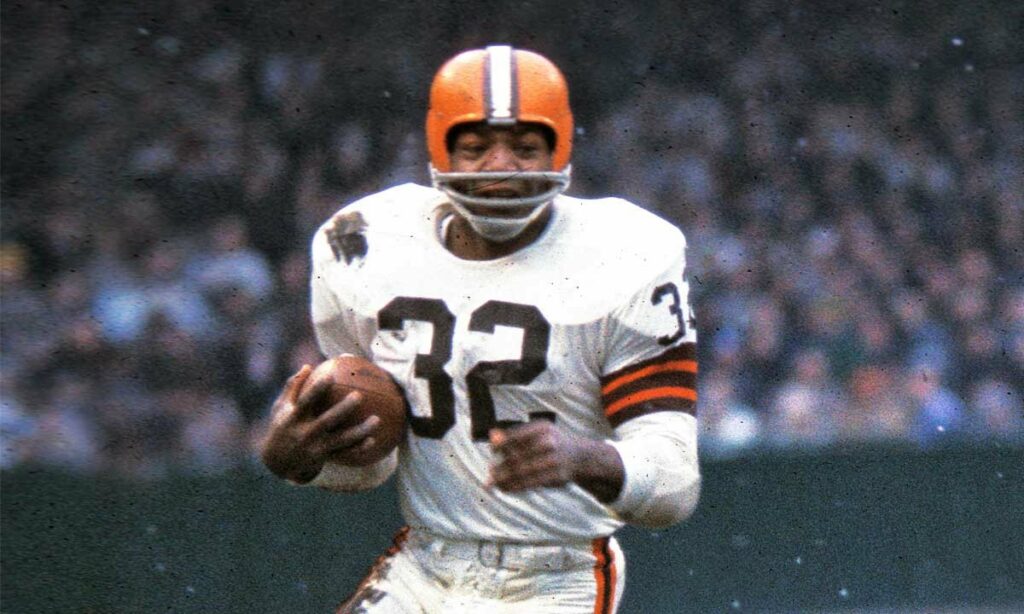 With names like Barry Sanders, Walter Payton, and Emmitt Smith, that are considered the best running backs in the NFL, one stands out amongst them, and that is Jim Brown. Playing in the early years of the NFL, Brown played from 1957-1965, just nine seasons in the NFL, but that was more than enough time to be dominant at running back. He led the league in yards in eight of nine seasons he played during that time.

Brown is the only player in history to average 100 or more yards per game. By the time he retired, he had broken all major rushing records and still holds some today. He ended his career with three MVPs and an NFL championship. While some argue Randy Moss is the best talent at the wide receiver position, Jerry Rice statistically is the best at the position and has earned himself the number two spot on this list. Rice played from 1985-2005 and, in that span, dominated at his position, holding records to this day. He is the only wide receiver in history to reach over 20,000 yards (22,285) and had 197 touchdowns which are 41 more than the next guy.

By the end of his career, Rice held the record in yards, touchdowns, and receptions while earning 13 pro-bowl selections, two offensive players of the year awards, three Super Bowls, and a Super Bowl MVP. Coming in as the best player in the NFL of all time is no shock to most, Tom Brady. Still playing to this day, Brady has played 22 seasons in the NFL so far with no end in sight.

He came in during the 2000 season and won his first of seven Super Bowls in his first year. Brady was drafted 199th overall but turned himself into the greatest football player.

Throughout his career, Brady has earned awards for two offensive players of the year, three MVPs, seven Super Bowls, five Super Bowl MVPs, and even more. He also sits first all-time in passing yards and touchdowns, with more still to add.