The All India Tennis Association popularly known  as “AITA” on Monday announced that domestic tennis circuit season will start from November 16th 2020. 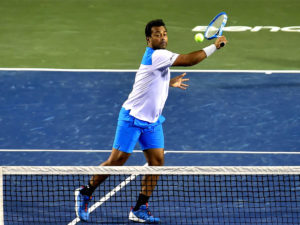 As a result competitive tennis will return in India after 8 months of long break due to COVID-19. As no major competitions have been played from March 16th 2020 onwards which is a long time as it has impacted the players, officials and most importantly federation who has suffered financially due to the novel coronavirus.


“The tournaments will initially begin in the age categories of U-12, U-14, and U-16 only. The duration of the tournaments would remain restricted to three days, with a maximum draw of 32 allowed,” AITA said in an official press release.

“During the AITA’s Management Committee meeting, a decision was taken to communicate to the Secretaries of all the Affiliates of AITA to make all efforts to restart tennis tournaments by 16th November 2020 by keeping in mind all the safety precautions that may be required as per the existing government guidelines,” it added.

Also the AITA officials and organizers have decided that no independent organization will conduct any tennis tournament without taking permission from AITA and players have also been directed that they will not participate in any such tournament which is not formerly sanctioned by AITA or its affliated units.

If they do participate then that may attract disciplinary action. The AITA will also be circulating an indicative set of standard operating procedures (SOPs) for a smooth transition.

Currently the tournament will only be organized state wise no inter state or inter district movement will be allowed. Also the secretaries of each state affiliate will also have to issue state-specific customised safety instruction guidelines and SOPs in order to make sure that the events will be conducted with safety and health of officials, players are not at risk who will participate in these tournaments.