September 15, 2018: The Asia Cup opener at the Dubai International Cricket Stadium saw an excellent match between Bangladesh and Sri Lanka, where the former beat the Islanders by a huge margin of 137 runs to win their first match of the Asia Cup. It was totally a one-sided game dominated by the Bangladeshi players banking on an outstanding performance from Mushfiqur Rahim. The Bangladesh team scored a brilliant 261 in 49.3 overs. Chasing a target of 262, the Lankan side as all bundles up for 124 in 35.2 overs. 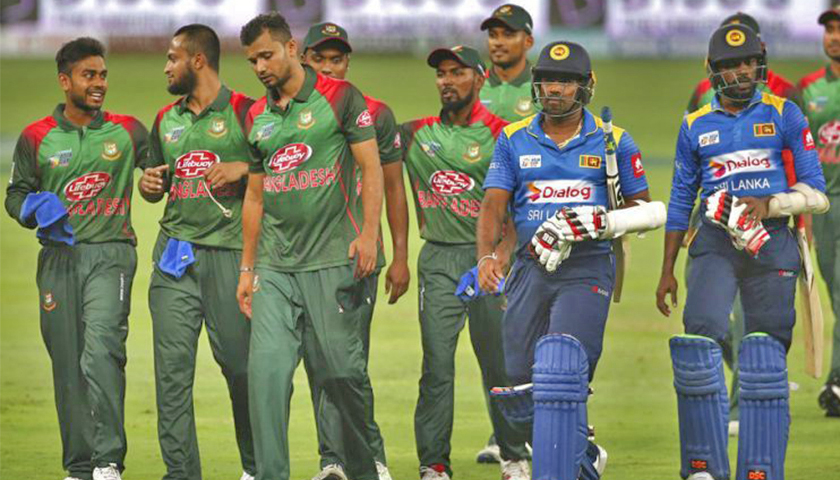 The match was an all in all Mushfiqur Rahim show. He played his career best knock of 144 off 150 balls, that included 11 boundaries and four over boundaries. It was the player’s sixth ODI hundred. The most impressive bowling figures from the Lankan side came from Lasith Malinga, one of the senior players in the team, whose last ODI was against India in a home series way back in September, 2017. His figures yesterday was 4 for 23, bowling 10 overs and that had two maiden overs to his credit.


The Sri Lankan team had an all-time low total against Bangladesh in this ODI which was quite disappointing. There was no remarkable partnership from them, the highest being only 27 for the eighth wicket. They displayed a poor tea effort, no rotation of strike and failed to build any strong partnership on which to bank upon. Though opener Upal Tharanga showed some class initially, hitting a huge six and three fours in the first two overs, but he, along-with his partner Kusal Mendis were out in quick succession and failed to build any partnership that would help the team take away the runs on board. Mendis scored a duck and was out in the last ball of the second over, which was bowled brilliantly by Mustafizur Rahman, who has quite been a mysterious bowler to the batsmen and has emerged a good bowler for the Bangladeshi team.

In the third over the Sri Lankan team were struggling with 28/2, with Tharanga also returning to the pavilion, out by Mashrafe Mortaza. During this time Sri Lanka obviously needed the players to hold on and build a gradual partnership, as the target wasn’t the unachievable. However, the team already looked morally doomed, even as Dhananjaya de Silva was also out for a duck and could not give any lead to his country and team. He was caught off guard by Mortaza in a superb delivery that came off stump, and the already struggling Sri Lankan team were now at a meagre 32 for three and the target looked even bigger though they had plenty of overs to come back.

The wickets fell in such a quick succession that victory for the Lankan team looked distant and bleak, while the Bangladeshi bowlers began dominating the ground with outstanding deliveries. The next four overs were even more disappointing with Sri Lanka scoring only four runs and Mehidy Hasan sent Kusal Perera back into the dressing room, scoring only 11. Struggling at 42 for four, after the initial Power Play, captain Angelo Mathews now came to the pitch. But he could only contribute 16 runs, in partnership with Dasun Shanaka who scored just a 7, trying to get a partnership, but they failed miserably. The Bangladesh team looked an out and out ready to bundle them off to home. The partnership could not make a strong foundation and the captain had to depart making a wrong judgement off a lbw from Rubel Hossain.

Even Shanaka’s run out was an unfortunate incident, geared by the captain. He had first called him then sent him back after struggling with a delivery from the Bangladeshi star player Shakib al-Hasan. But by this time the Sri Lankan batsman had already reached half the pitch and returning back to his position did not seem feasible, which obviously gave the opponents the chance and they grabbed it and Shakib broke the stumps of Shanaka. The captain departed in the very next over and the game had by this time ended for the Lankans.

On the other hand, the Bangladeshi team led by captain Mashrafe Mortaza, were riding high on the platform set by yesterday’s star player and also the Man of the Match for the game, Mushfiqur Rahim. He was brilliantly assisted by Mohammed Mithun who scored a 63 and helped the team build a partnership of 133 runs along with Rahim for the third wicket. Rahim being former Bangladeshi captain showed his class and prowess yesterday, although the other players were highly disappointing and failed to put any significant runs on the board. He didn’t get any support from the other batsmen in his team. Even Shakib al-Hasan put up a disappointment when he went out for a 0. 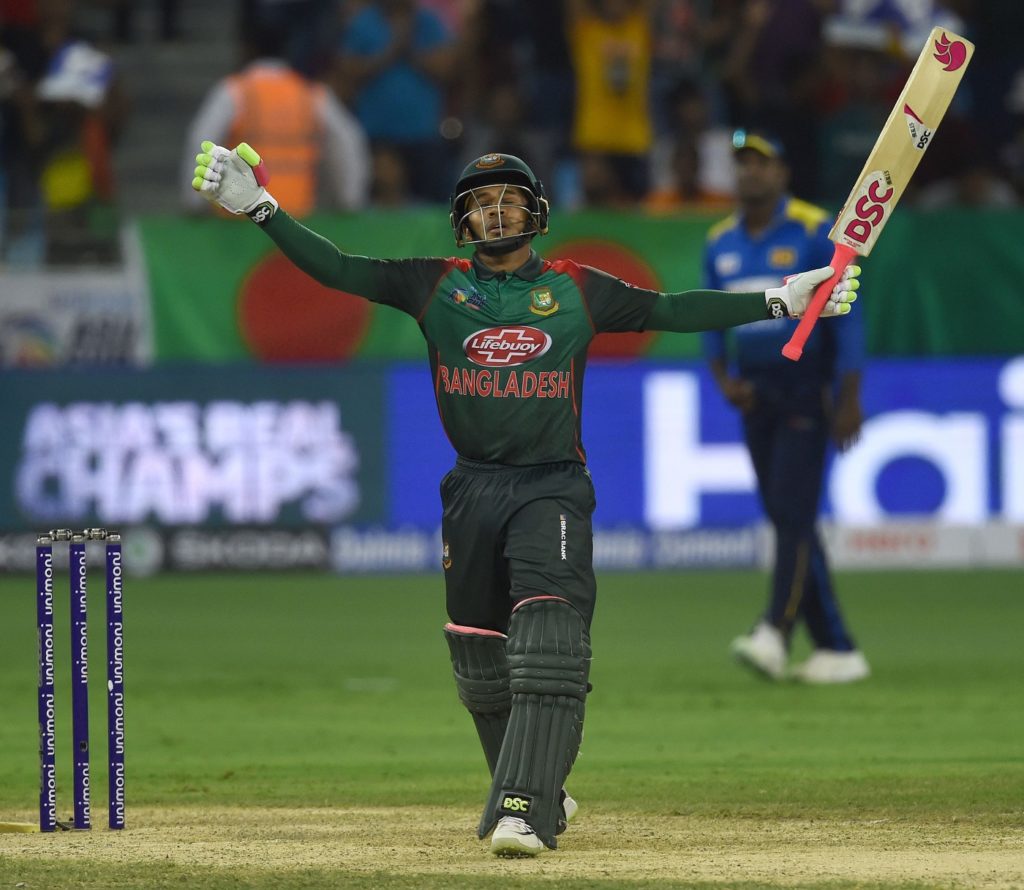 Also the vintage Malinga showed he is still in form and why he is still a part of the national team as he picked up wickets regularly even giving maiden overs and not allowing the opponent to get chance of raising the score board. He struck in the very first over, bowling a full length delivery and landing the ball off Liton Das straight to the hands of Kusal Mendis. And then again a Yorker and he sent Shakib straight to his dressing room in the very first ball, clean bowled!!

The Bangladesh were then struggling with one run only on the board and two vital batsmen down. Though people were anticipating a hat-trick from Malinga as Mushfiqur came out on the pitch, but that somehow didn’t work out, and Rahim could hold on and later give his team the much needed backbone for the ultimate win. Tamim Iqbal had to depart too, after getting his hand injured. Mohammad Mithun was dropped off initially by the Sri Lankan skipper and Malinga missed the chance of another wicket. So after 4.5overs the Bangladeshi side were 7/2, which was again a poor performance on their part.

Even Amila Aponso had some great spin deliveries which worked wonder on the dry pitch and conceded very few runs. It was overall a low scoring game with not much exciting moments. It was Rahim’s day overall and though Malinga did his best but his team disappointed him and the match was taken home by Bangladesh with a brilliant 137 run victory.