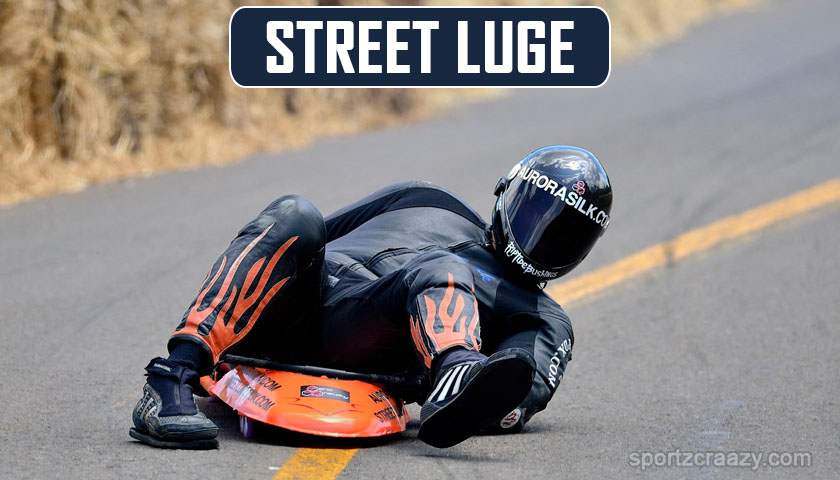 Street luge or sledding is a sport for the speed-lovers. Skateboarding is very much similar to this however in here the sleds get speed due to gravity. To be specific ice luge racing which is a seasonal sport, auto racing and even skateboarding are considered as a different type of street luge racing.

This speed sport was first discovered in California. There is no definite proof regarding how the game was actually invented. According to the popular belief, while skateboarding in the downhill slope the boarders discovered one can get more speed by lying on his back- with this basic idea the boarders initiated doing so. Thus street luging was invented. Bob Pereyra in 1970 made a street luge board by himself. Bob made his first board using cardboard and then tested it in the downhill slope.

Bob Pereyra is often titled as the founder of street luge racing. He was the one to establish some of the ground rules. With immense enthusiasm, he also formed a club for the riders. He established the Road Racers Association for International Luge (RAIL). 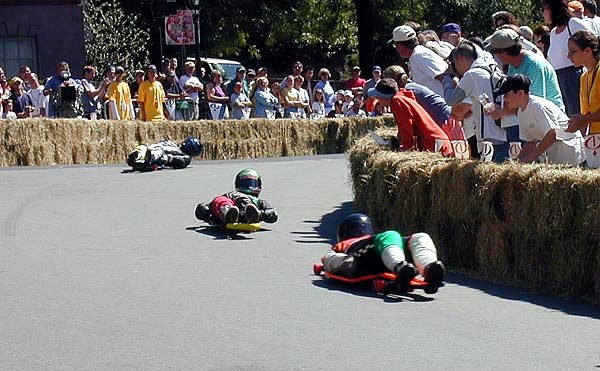 Street luging sledges have evolved with time. At first, it resembled skateboards, but with technological support and improvisation, it has got a new form. Luging boards are mainly made of steel, but wood, carbon fibre and even aluminium are also used.

In modern times there are switches which get activated by lying on the board. No breaks are installed as it is not allowed to use them in the race track. To make it even safer padded are attached in the front and rear part.

Some mandatory safety measures are taken to avoid any kind of major accidents. For the riders of an official race wearing safety helmets and goggles or face, shields have been made compulsory. They also wear gloves, suit and proper shoes. Initially, the races were conducted only on the downhill slopes but now in streets also races are organized.

After the first official racing event, two passionate racers went on to greater extents to keep the sport alive. They were Don Baumea and Roger Hickey.

On the other hand, during the first part of the 90s in Australia, the game got gradual popularity. The skateboarders of the country tried the method of lying on the board to increase its speed.

The sport was added in ESPN’s X Game series. Through the worldwide telecast, the game got international recognition for the first time. Gradually authorization was offered by IGSA ( the International Gravity Sports Association).

Street luge racing was then was officially accepted by EDI ( Extreme Downhill International). In many other countries like Switzerland, South Africa, Australia and even Canada started organizing some street luging races. But in recent times, the game has taken a backseat due to the low popularity. The game has taken an exit from both Gravity Games and X Games, still, there are events organized in the all over the world. The number of the active street luge racers have been registered as 1200 (approx).

In 2016, Mike McIntyre achieved the speed 164.12 km/h in street luging, this holds a record for being the highest.

The racer at the starting point checks all the technical support. Then he goes on to wear the t and move by pushing the board off using both of their hands. Next, the racer takes the position on the board by lying and starts to control it with the steering. As mentioned earlier, there are no brakes installed, thus the board has to be stopped manually using the legs. The game is not considered safe in many countries. Due to the immense speed acquired by the gravitational pull and without any brakes, sometimes accidents occur by losing the control of the board. There are chances of the pilot getting serious injuries. Thus the boards have been made as safer as possible.

In 2001,  the IGSA World Cup tournament was introduced with an agenda of bringing together some of the unpopular and even prohibited racing games together. Street luge got immense popularity globally through this series. The first champion became Dave Rogers from the United States in both street luge and classic luge.

At present, there are two international authorities who control the entire system. The first one is the IGSA [International Gravity Sports Association] and the other one IDF ( International Downhill Federation ). All the competitions both nationally and internationally are governed by these two associations.

There were strong laws legalized against this sport in many countries. The game was attacked with objectionable names. Also, the riders had to face some strong measures from the law and order. Still, nothing could contain them from pushing their boards off.

In 1970 an accident occurred in California when a luge board went out of control and hit some people. They got badly injured due to the speed of the board at the moment. The day is often regarded as Bloody Sunday due to the casualties caused.