The world’s view of South Africa

Captained by Faf de Plessis, the South African team is actually in pretty good shape even though the loss of retired players like AB De Villiers and Morne Morkel who were part of the team when they played the last editions of World Cup creates vacant spaces. The South African team had a decent journey recently with its fair share of victories and losses. They won 12 games and lost 10 in 2018. They are considered as one of the most powerful teams by cricket fans all around the world. 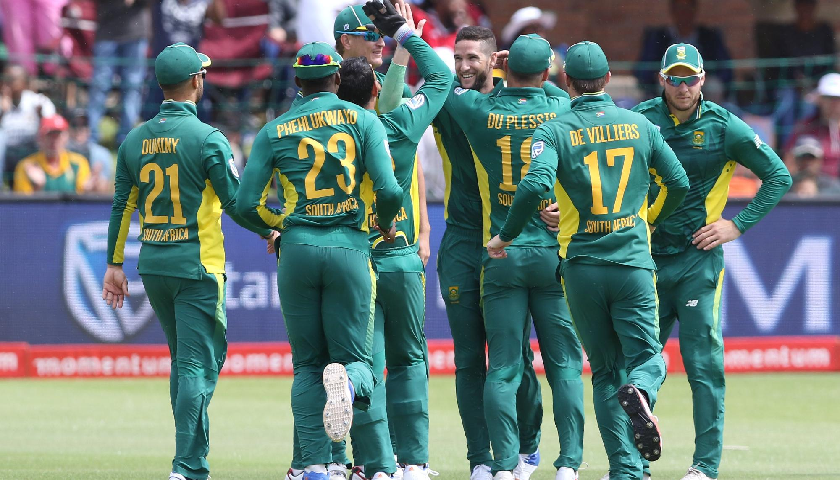 They are one among the top five cricket teams in the world. One particular factor that might be bothering the South African team gearing up for the World Cup will be the famous jinx tied to them.

South Africa seemed to be caught up in a jinx ever since they lost in the semifinals of 1992. That particular match against England seemed to be in favor of the South African team, and they were nearing victory and enter their very first finals. But the rain affected the game, and they had to stop when they needed 22 runs off 13 balls. When they continued the game, the board showed that they needed 22 runs off one ball, which is impossible.

This was per the rain rule of that time. This broke the team’s as well as their supporters’ hearts, but things worsened when the Proteas continued to have near misses and losses in all the World Cup tournaments. In the 2003 semifinals against Australia, the match was tied, but since Australia has superior run rate, South Africa had to go home with shattered dreams. During the 2003 World Cup, in a match against Sri Lanka, the rain once again became a curse for the team as they could not get past the group stage.

These incidents have made the supporters believe that South Africa should be able to break this curse that has been holding them captive since 1992 to be able to kiss the world cup at Lorde’s. This has left the team in a position where they are ready to accept whatever is coming their way, which is an advantage since the problem of low morale won’t be bothering them in case they do not manage to perform well. Also, there is less pressure since even their supporters are looking for a miracle and do not know what to expect.

The selectors have released the final team who will be playing the World Cup, and there are a few surprises along with the expected names. Faf du Plessis will be seen captaining the side with JP Duminy, one of the most experienced batsmen out there and fast bowler Dale Steyn alongside him. Imran Tahir is on the team as the starting leg-spinner along with Tabraiz Shamsi. It has been decided that there will be no specialized wicket keeper serving as a backup to Quinton de Kock. In case there is a need, David Miller will step in, and after his performance in the recent 5-0 series sweep of Sri Lanka, everything seems to be in good hands. Fast bowlers Lungi Ngidi and Anrich Nortje are also on the team even though they faced injuries recently, but they are crucial to the side. Morris was excluded, and this was a surprise especially since he has been in good form in the Indian Premier League.

Dwaine Pretorius and Andile Phehlukwayo can be spotted on the team but the probability of only one of them playing at any given point of time is high. Rassie van der Dussen who made his debut in January with an average of 88.25 from his eight ODI innings was also welcomed aboard along with Aiden Markram. The surprises were the inclusion of off-form batsman Hashim Amla and exclusion of Chris Morris as an all-rounder. While the selectors have certainly tried to combine experience and good form (mostly) which should prove to be an advantage for the team, no one can be sure of what will happen on the ground.

The South African team seems to be pumping themselves with ample courage and confidence which might turn out to be the just what they need to gain the upper hand in the upcoming ICC World Cup 2019. While their World Cup history still leaves their supporters in tears from the memory of those heartbreaking and unfortunate loses, South African veteran paceman Dale Steyn said that they expect the World Cup jinx to die this year around.

Fueled with thoughts of victory, Steyn believes the team is secure, and they have some fantastic players. In addition to that, when asked about playing their first match against top-ranked England, he said to not compare the rankings as cricket can be unpredictable and West Indies whose rankings are not great won against England very recently. He also mentioned that with a bit of luck, the World Cup would be theirs. The captain, Du Plessis also finds the younger members of the team to be courageous, and he is promoting that style of play this World Cup 2019.

He believes that the only hurdle that has to be tackled by the team is the mental aspect and if he succeeds in helping the players to be free from the fear of failing, the silverware will be in their hands this time around.