Indo Pak Hockey Clashes:- You don’t really have much to think about whenever you get to witness a sports rivalry between one of the most bitter arch-rivals in the World, India, and Pakistan. Be it cricket, hockey or any other sport, you will feel that heat and temperament in the atmosphere irrespective of the place, tournament, and occasion. Whilst cricket has its own memories of some of the most breathtaking contest between the two neighbors, even hockey comes along with some epic clashes between India and Pakistan ever since this game has emerged on the Global horizon. 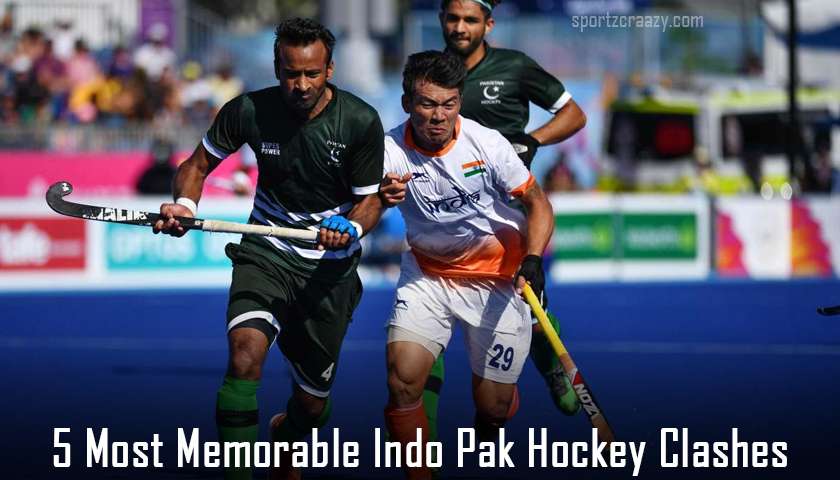 Whilst there’s no second thought about the fact that it’s not only the expectation of the fans from both the countries is at stake during either of the matches, it’s also about all the underlying political tensions between the neighbors as well. Whilst we have talked s a lot about the trailer between the fierce rivals, let’s have a sneak peek from the past with 5 of the most memorable Indo Pak clashes on a hockey pitch. 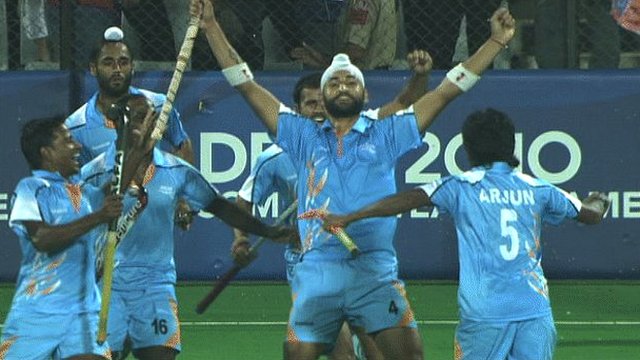 Indo Pak Hockey Clashes:- Although Pakistan has an upper hand in the total number of victories over its rival neighbors, it’s the Indian team which has witnessed the most number of victories in the past few years. While it’s a given that an India vs. Pakistan match always attract a huge audience from both the countries, the atmosphere is really tense and leaving the adrenaline rushing amongst both the players and the fans.

2010 commonwealth hockey final was one of such occasions when India was playing Pakistan at their home and as it was a lot to prove for the men in blues on the hockey pitch, they exactly went with the same approach while beating down their neighbors 7-4. The match was almost a virtual quarter-final as whichever team wins, it will be getting a straight entry into the semifinals of the tournament. It was mostly due to the heroics of their star player Sandeep Sharma, the host saw a lead of 4-0 within the first 20 minutes but the opponents came back strongly to leave the first half at 4-2. Still, it was the Indian team which dominated the second half and even though Pakistan did manage to score two more goals, Indian took the match home by 7-4. 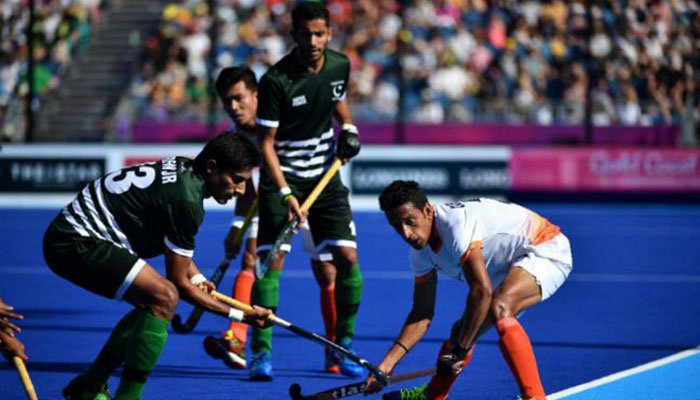 It was very rare at that time that a team like India did get to feature in the coveted champions trophy event and Indian team was mostly been seen perishing during the same era. Still, it was their road down to success which saw them featured in the champions trophy after a gap of 20 years and even though they didn’t end up winning it, they witnessed some of the greatest comebacks on the hockey pitch against the arch-rivals Pakistan.

The Indian team went down by 2-4 against their opponent and it was a matter of 20 minutes in the process when one of their star trio, Deepak Thakur, Prabhjot Singh, and Gagan Ajit Singh went on to demolish the Pakistan team with their continuous attacks. It was Deepak Thakur who started the assault by scoring the third goal and moments later, prabhjot Singh provided Indian with the much-needed equalizer.

It was 4-4 now and players from both ends gave everything away to make out a victory out of the same. Eventually, Gagan Ajit Singh struck twice and gave India one of its most memorable victories against their fiercest rivals on a hockey pitch. 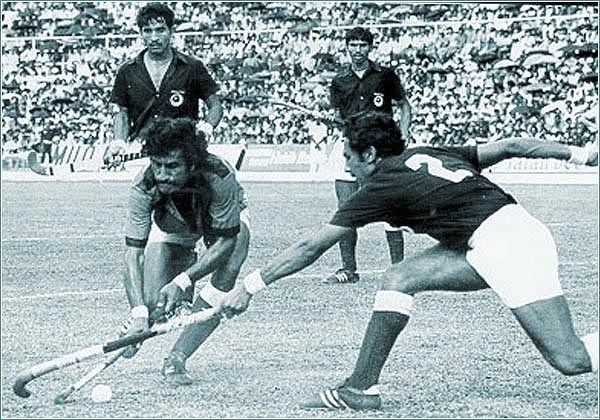 Pakistan used to be the hockey superpower in that Era but the rivalry was quite the same between the two neighbors. Moreover, a lot of hopes and expectations were at stake after the Indian team beaten down the host Malaysia in the semis to book a spot in the finals against the defending champions Pakistan. Zahid sheik from Pakistan gave his team the early lead but it was India’s Surjit Singh which scored the equalizer in the second half to bring back India into the contest.

It was then when a controversial shot by Indian player Ashok Kumar hit the post and bou8nced back into the nets. The referee gave it as a goal even though the Pakistani players came into the protest big time and the second World cup came to India in the backdrop of a memorable victory in the tournament’s finals. 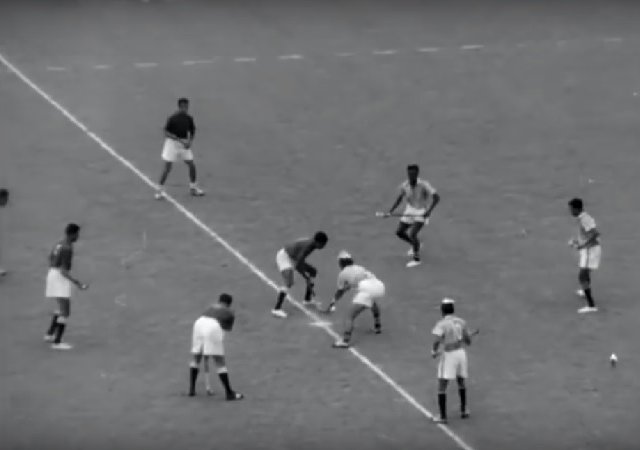 India and Pakistan used to be the only Hockey superpowers in the early 60s and most of the times, it has always ended up between these two teams whenever a major tournament gets played in the process. Whilst India was defeated in the 1960 summer Olympics by Pakistan, it was now India’s turn to give their neighbors, an ultimate taste of their own medicine from the past.

There was no goal by the half time and the match even witnessed some of the most heated moments amongst all the Indo-Pak clashes. It was India who finally scored it from a penalty stroke after the umpire awarded the same to India in the wake of a foot stop by the Pakistani layer during a penalty corner in India’s favor. Mohinder Lal emerged as India’s only goal scorer in the finals and became a national hero overnight for the same goal. 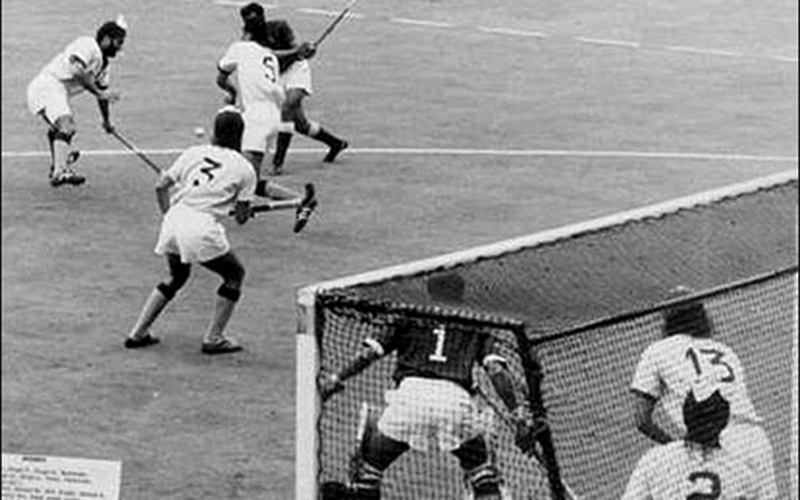 As we just mentioned that it was all about India and Pakistan during that era, the 1956 summer Olympics once again saw these fierce rivals’ to lock horns in a major hockey tournament’s final. The adrenaline rush was pumping at both the sides and it was once again filled with all the ups and downs along with pressure situations. Moreover, the tournament was marred by a number of boycotts from Middle Eastern n countries due to the Suez Canal dispute and India didn’t concede a goal in the whole process.

Finally, it was down to these two fierce rivals in the finals and after the first half went goalless, it was India’s Randhir Singh gentle who scored the all-important goal for the Indian team.