There was a time when patience was the key to success in batting. Taking the shine of the bowling by leaving the ball outside of off stump and playing the traditional shots across the ground were the ideal pointers to look upon by any batters.

India and West Indies were among the first pioneers who promoted the explosive brand of cricket and encouraged the batsman to play unconventional cricket and at quicker. The rivalry has produced some memorable knocks that shall remain in every cricket mind forever.

Let’s take a look at the top 5 players with the highest strike rate in the India- West Indies rivalry. 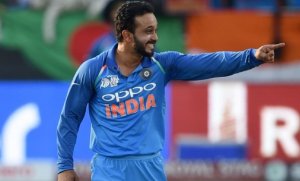 The all-rounder may have failed to cement his place in the Indian squad, but he is undoubtedly one of the cleanest strikers down the order in the Indian ODI squad. Kedar Jadhav has been instrumental in providing explosive hitting down the order. He has played 10 matches so far against West Indies and scored 114 runs at an average of 57.00 and a strike rate of 144.30 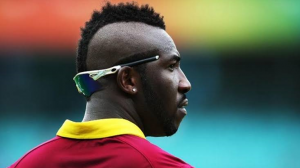 Andre Russell has become an epitome of ruthless batting in the modern time chopping the bowlers like vegetables. He may not be the part of the upcoming India West Indies series but has been in phenomenal form with the bat during the T10 league held in Abu Dhabi. He has played 11 matches against India and has scored 323 runs at an average of 40.38 and a strike rate of 142.92 Shimron Hetmyer may lack the batting consistency, but when it comes to striking rate there are not many that can match his pace. His striking ability against the pacers as well as spinners makes him the nightmare for any opposition. He is an exciting package and when in the form he can win the matches singlehandedly.  The butcher has played 8 matches so far against India and scored 302 runs at an average of 43.14 and a strike rate of 127.43 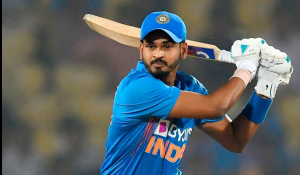 Shreyas Iyer batting is a perfect blend of aggression and caution, but when the batter is on the song, he can score risk-free boundaries with ease on a consistent basis making him the lethal weapon for any team.  He has played 3 matches against West Indies and scored 136 runs at an average of 68.00 and a strike rate of 124.77.

This time around he will be burdened with the added responsibility of not only spanking the bowlers but also playing big knocks for his team. The ex – batting coach of Indian cricket team may not be remembered as a successful International cricketer, but has shown glimpses of his untapped potential on numerous occasions. It was during the India tour of West Indies in 2002 when Bangar spanked the West Indies bowlers out of the park. He has played 4 matches against West Indies and scored 118 runs at an average of 59.00 and a strike rate of 110.28.