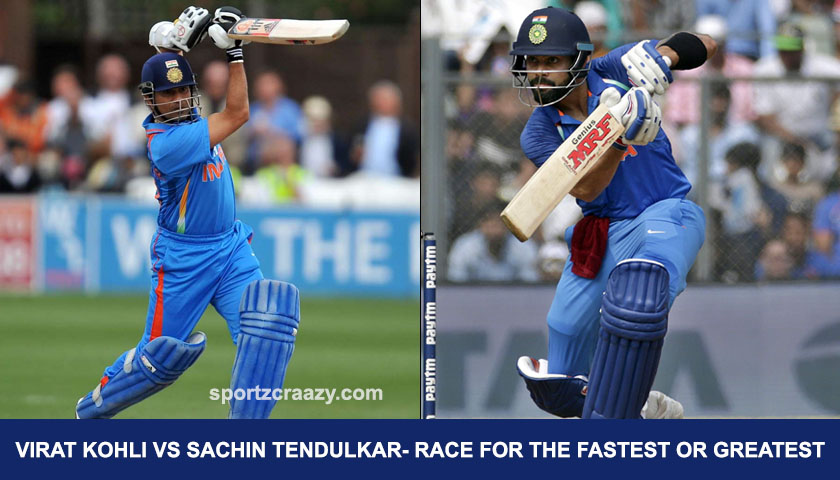 During the process, he broke the record of his childhood hero Sachin Tendulkar. Sachin Tendulkar crossed the landmark of 10,000 runs in 259 innings, whereas Kohli just took 205 innings to reach the milestone. Other than Sachin Tendulkar, Virat Kohli is the only batsman to achieve the feat before turning 30.

Virat Kohli also enjoys the highest strike rate among all 10,000 ODI runs elite club. The second best is Sachin Tendulkar strike rate of 86.23. Let’s have a look, where others 10,000 club members stood after 205 innings. 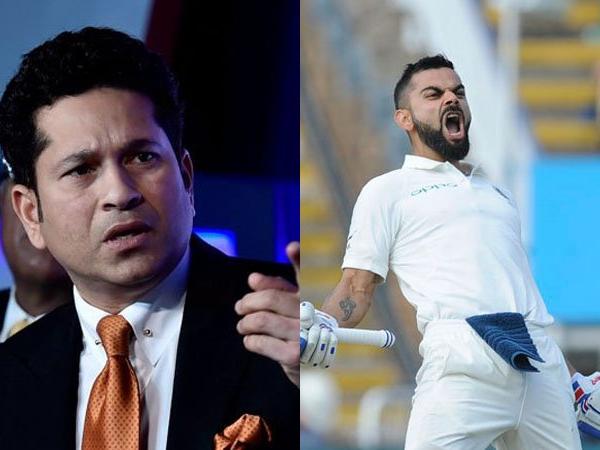 A few months back Virat Kohli also broke Sachin Tendulkar record most run chases during run chases (18) in 102 innings. He is the only batsman other than MS Dhoni to average above 50 in the 10,000 runs elite club. The player greatness should be judged on how he performed during his peak. Virat Kohli is in sublime form since from October 2015 and to till date, we never know when his honeymoon with records and centuries will halt. Let’s compare Kohli with Tendulkar and other contemporaries of different era on the same parameters.

Sachin Tendulkar remained at his peak from October 1995- October 2003. During the period, he scored 9917 runs at an impressive average of 44.07. He is regarded as the greatest of all time.

AB de Villiers is one of the greatest modern day players of one day cricket; he went through the purple patch from 2013 to November 2015. During the period, he scored 3235 runs in 60 innings at a staggering average of 53.91.

Now, let’s compare Virat Kohli with his contemporaries. He is already going through the form of his life, the form could go on for a couple of years. He is in red hot from since the start of 2016 and has scored at an unbelievable average of 69.04, the highest by any.

Virat Kohli is also the fastest player to reach 1000 runs in a calendar year. In 2018, he broke his own record of the fastest 1000 runs in a calendar year. He scored 1000 runs in just 11 innings. He is only 12 centuries short of breaking the record of most centuries in One Day cricket. He is only 29 and can easily play for next 6-7 years. We never know, he might break the entire One Day cricket and test cricket records till then. His appetite for runs is unmatchable.