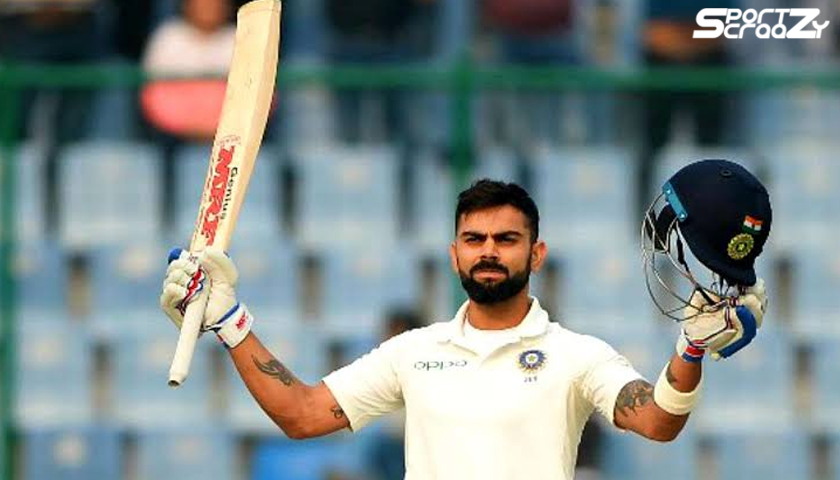 Another day, another century for Virat Kohli. Yes, finally the normalcy resumes as Virat Kohli scored his 26th test against South Africa. He was getting the starts, but since the Caribbean tour, he couldn’t convert those starts into big ones.

This time around he looked determined to make it count, once he got adjusted to the conditions there was no stopping to him. And finally he achieved the milestone after hitting a glorious straight drive off Vermon Philander. His century included 16 fours, otherwise, Kohli had to grind the bowling to take India to a winning position.

Just another day at work #ViratKohli #100

Just another day at the office for @imVkohli ! Another Test hundred ticked off with an eye pleasing straight drive #INDvsSA ??‍♂️ ?

The usual is happening in pune…another ton by virat

Steve Smith’s heroic comeback saw Virat Kohli losing the number 1 test spot. He couldn’t live up to the expectations during the Caribbean tour that affected his ICC rankings, but now he is back to his supreme form and will look to convert the hundred into a double.

India is on the way to register yet another 500+ total on the board completely closing all the chances for South Africa to bounce back in the match. Apart from Kohli, Mayank Agarwal is another Indian to score a century. He scored 108 of just 195 balls that includes 14 fours and 2 sixes.

In the South African squad, only Kagiso Rabada was the pick of the bowler, who picked all 3 wickets of the Indian innings.