Josh Philippe is one of the most talked wicketkeeper-batsman in Australian circuit.  In last two seasons he has played an instrumental role in batting mainstay of Sydney Sixers.  Last year he got an opportunity to play in IPL for Royal Challengers Bangalore led by charismatic skipper Virat Kohli. He has been retained by the franchise and will play in the upcoming edition of cash rich league for RCB. 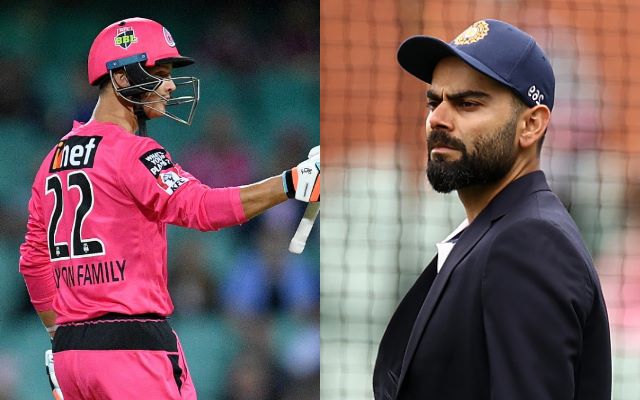 In recent interaction he talked about Kohli and his leadership in detail. He added that Kohli is very humble and easy to approach off the field.


“The camera never leaves him. It’s amazing to see his intensity on the field, but then away from the field see how normal and humble he is. He was so easy to approach,” Josh Philippe said in an interview with Sydney Morning Herald.

The 23 year old stated that he wants to represent Australia in Test cricket in future but added that he needs to learn lot of things when it comes to four-day cricket.

“The dream is to play Test cricket. This year was a fascinating year. I had the chance to go to the IPL, and because it was postponed, I missed Shield cricket [with Western Australia] as a result. I still have a lot to learn with four-day cricket. But if you’re consistently playing and doing well, you never know what happens,” Philippe added.

However for RCB last season he got limited opportunities with the bat and played five matches in IPL 2020 and scored 78 runs at a strike rate of slightly above 100. However, during the BBL, while opening the batting for Sydney Sixers, he has scored 421 runs. He is currently the second-highest run-getter in the tournament, only behind Alex Hales.