Indian skipper Virat Kohli who left Australia after playing first test match in Adelaide for the birth of his first child in India shared the news for his fans on his social media as he has been blessed with a baby girl. 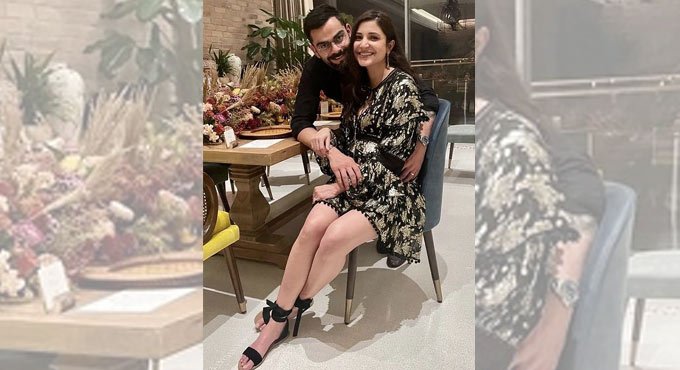 Kohli Tweeted about this informing that both baby and Anushka is doing well as the moment and thanking all his fans for prayers and wishes but urges at the same time to respect their privacy on this important occasion in their life.


“We are thrilled to share with you that we have been blessed with a baby girl this afternoon. We thank you all for your love, prayers and good wishes. Anushka and the baby are both healthy and we are feeling beyond blessed to start this new chapter of our lives. We hope that you can respect our privacy at this time.” Kohli posted this on his officials Twitter handle.

Virat Kohli married celebrated Bollywood actress Anushka Sharma in December 2017 announced last August via post they are expecting their first child as the message they wrote on their respective accounts announcing the arrival of their first child.

As Kohli and Sharma both have amazing fan following on social media and the moment the post was out some of the celebrities including Priyanka Chopra, Alia Bhatt, Varun Dhawan, Sania Mirza, Kiara Advani, Samantha Ruth Prabhu, Taapsee Pannu, Dia Mirza and Parineeti Chopra started congratulating couple.

It was predicted that India will be not that much effective once Virat will leave for India for the reminder of three match but team under the leadership of stand in skipper Rahane took up the challenge and defeated Australia by eight wickets in second Test match at Melbourne.