TOT vs OLY Dream11 Prediction: The Champions League runners up Tottenham Hotspur will be playing Olympiacos in the first match. Olympiacos is currently in red hot form as they have won all the 3 games in the domestic circuit. Tottenham, on the other hand, still haven’t found the consistency this season and this could prove to be a weakness coming into this game.

TOT vs OLY Match Timings & Details: The match is scheduled to start at 10:25 PM IST, on 18th September 2019. The match will be played at Karaiskakis stadium, home of Olympiacos.

TOT vs OLY Broadcast Details: The match will be telecasted by Sony Network and can also be viewed on Sony LIV app.

Tottenham
Harry Kane – The 26-year-old striker has once again started off the season on a high as the spurs captain has scored 3 goals in 5 games so far.
Christian Eriksen – the Danish attacking midfielder is one of the crucial players in the side. He has a good amount of experience in the middle which will be important for Spurs to move ahead in the league.

Olympiacos
Mathieu Valbuena – the French international plays as attacking midfielders and a winger. His pace and technical ability make him a threat to the opposition.
Mady Camara – The 22-year-old Defensive midfielder is an impressive talent to have. He has a good game sense and a defensive ability. 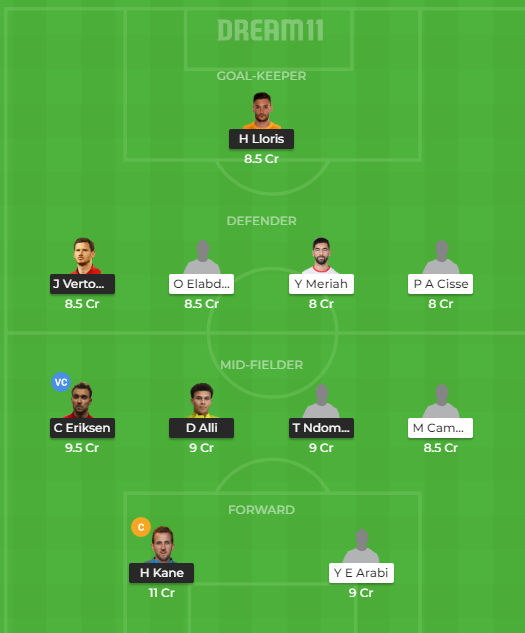 Catch all the live updates of TOT vs OLY Football Match, including live scores and match report. This time TOT vs OLY Dream11 Prediction will depend on the final team line-ups.