The People of Sweden have been so kind and generous that they have given Zlatan another moment to flaunt upon himself. On 8th October 2019 in Malmo, Sweden a semi-naked statue of the LA Galaxy star striker Zlatan has been introduced by the Swedish artist Peter Linde. The statue is nine feet tall and weighs half a ton but less than Zlatan’s ego. The statue was made to honor the player as Malmo is the place where he started his professional career back in 1999. 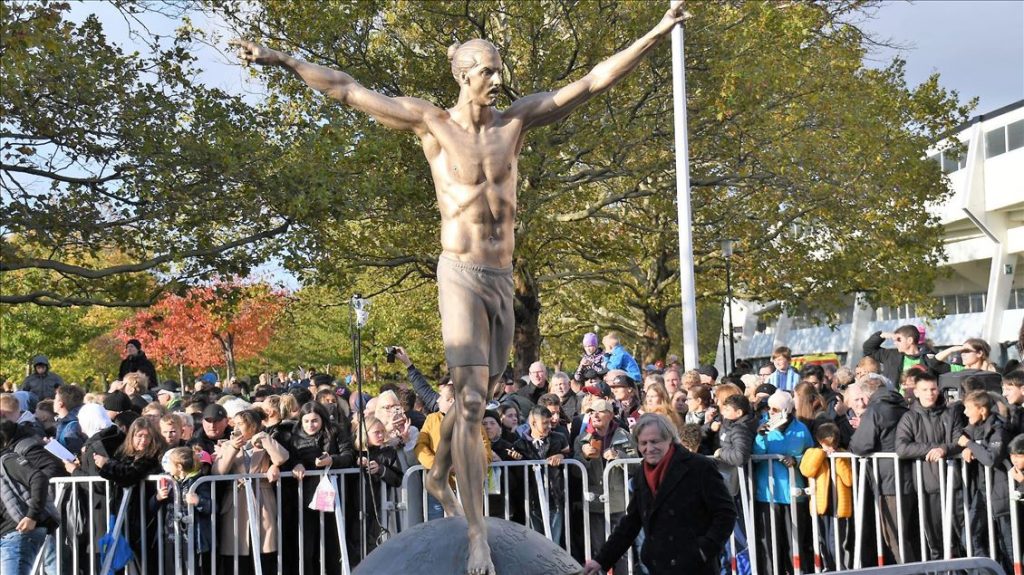 For inaugurating the statue Zlatan Ibrahimović itself was present on the spot thanking Swedish people for giving him this honor, but how can he be forget to glorify himself, so as Zlatan being Zlatan, he shared a photo featuring the people of Sweden, The Statue and him, stating When you come to New York you have the Statue of Liberty, When you come to Sweden you have the Statue of Zlatan.

Talking to media Zlatan said that,” “No matter where you come from, where you are, no matter what you look like, the statue is the symbol that anything is possible,”. This is not the first time that a footballer have been honored with his statue, previously the former England captain David Beckham, Portugal and Juventus forward player Cristiano Ronaldo and Liverpool’s Egypt striker Mohamed Salah have been honored with the same.