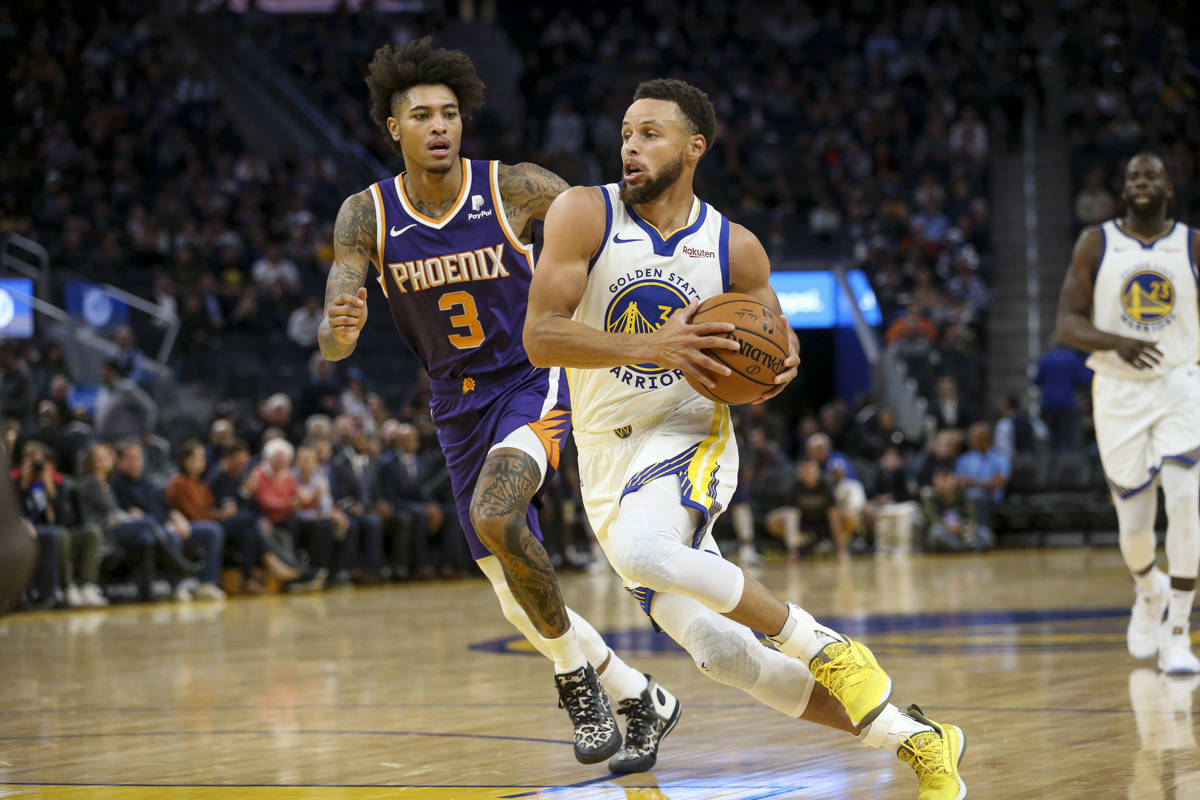 Golden State Warrior has added some new arsenal through draft pick and free agency, with the NO.2 pick in draft warrior select the centre James Wiseman and Kelly Oubre Jr. from OKC.

Few days back Kelly Oubre and Curry joined Warriors first squad practice and with Klay being out for first half of the season, the two have practice one another and the rest of the team just three times so far since the Warriors acquired kelly in a trade with the Oklahoma City Thunder last month. In those three sessions, Curry said Oubre has stood out.

“Just in terms of what’s been his experience the last two years in Phoenix and being bounced around in trades over this offseason. … Obviously it’s his birthday today. He’s still a young, fresh 25.

“He’s got amazing energy, amazing athleticism and his skill set with the ball in his hands will surprise a lot of people as a playmaker.

And I think defensively … he’s ready to kind of wreak havoc with [Andrew Wiggins] and with [Draymond Green] and [James Wiseman] and [Kevon Looney] and the like.”

For kelly, this will be the third team he has played for over the last three seasons. First, the Washington Wizards traded kelly to Phoenix Suns during the 2018-19 season, and Oubre had a career year in Phoenix last season.

This free agency made the trade to the Thunder in the Chris Paul deal over the offseason, Later a week kelly was traded to warrior.

Now in Bay, Oubre has a chance to play a big role in Golden State’s playoff pursuit this season. Oubre’s in a surrounding that Curry already believes is bringing the best out of him.

“For him just to be in a position where he can prove a lot of people wrong, and he can be part of our culture and how we do things here, I’m excited for him,” Curry continued.

“It’s a big learning curve and that’s something here in training camp where we’re learning schemes, we’re learning chemistry and all that type of stuff, he’s fully committed and it’s been awesome to kind of harness that energy in the right direction.”