In fact, the exciting and thrill-packed All-Star Weekend at Chicago was already predicted to garner more boost in television ratings & social media engagement and it actually earned a notable hike of viewership as compared to the previous year. The All-Star Game (up 8% vs. last year) was the most-watched program on cable TV and across the platform, with viewership peaking during the thrilling commercial-free final 15 minutes that ultimately saw Team LeBron come away victorious.

The game started with a tribute to Chicago’s basketball history and to the late Kobe Bryant, who wore jersey number 8 early in his career. The pre-game coverage averaged 6.3 million viewers, up 19% from last season. The format of the game especially the fourth quarter garnered the maximum viewership as it was commercial-free which at one time peaked 8 million. The fourth quarter was also untimed as the score from the first three quarters were added together. To win, one team had to score 24 more points than the team in the lead had, meaning that the game would be ended by a made basket or free throw. The 24 figure was a tribute to Bryant, who wore that number at the end of his career. 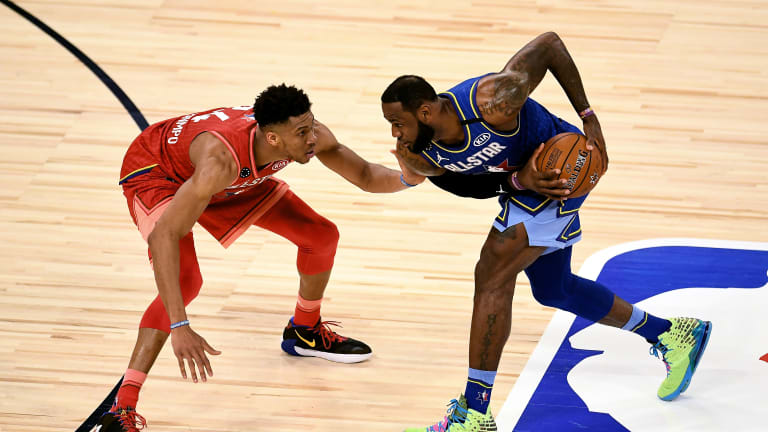 Team LeBron went on to win the game by 157-155 as the game came to a new-basket-wins situation, decided by an Anthony Davis foul shot. After winning the match after an intense fourth quarter, LeBron James described his match-winning feeling by saying, “I didn’t know what to expect because it was a new format, new year. None of us knew what to expect. But throughout the whole fourth quarter and at the end of the game, everybody was like, ‘That was pretty damn fun,'”

“That was fun. Having to play for a set number and seeing that — I’ve watched a lot of basketball in the summertime, and I forgot the name of the league where the guys, you know, their alma mater, they go back and play for their teams and things of that nature, they have a set number they have to get to that, that $2 million championship tournament. Maybe you don’t watch basketball in the summer.”

The All-Star weekend ended with the emerging winners as including Friday’s Rising Stars game between Team USA and Team World which the USA won followed by Saturday’s showing of the Skills Competition won by Miami’s Bam Adebayo, the 3-point contest won by Sacramento’s Buddy Hield and the dunk contest won by Miami’s Derrick Jones Jr.