For the average individual, competing in one event can give a nervous breakdown for a week, yet some athletes compete in a sport that is comprised of 5 events. The Modern Pentathlon, named after the Greek word pentathlon, which means a contest of five events, is a sport that is made up of 5 events – Fencing, Freestyle Swimming, Show Jumping, Pistol Shooting, and Cross Country running. The game is named Modern Pentathlon because even though it has its roots in the traditional pentathlon, it is quite different from the old sport.

The traditional pentathlon, which was a part of the ancient Olympics games, was comprised of Stadion Foot Race, Wrestling, Long Jump, Javelin and Discus Throw.

It organizes a World Championships for Modern pentathlon every year, since the inception of the tournament in 1949. It currently includes the Men’s and Women’s individual and team events, the relay events and a mixed relay event. The women’s event was introduced in the World Championships for the first time in 1981 and has been a part of the tournament since.

Modern Pentathlon was first introduced in the Olympics in 1912 and despite several attempts to remove it, the game is still an integral part of the Olympics. A women’s event was finally included in the 2000 Olympics.

In ancient Olympic games, the traditional pentathlon was designed keeping in mind the skills required by the perfect Greek soldier of those times. The traditional pentathlon was eventually modified and tweaked to design it based on the skills generally required by the cavalry when stranded behind enemy lines. However, there lies a controversy regarding who deserves the credit for this development. 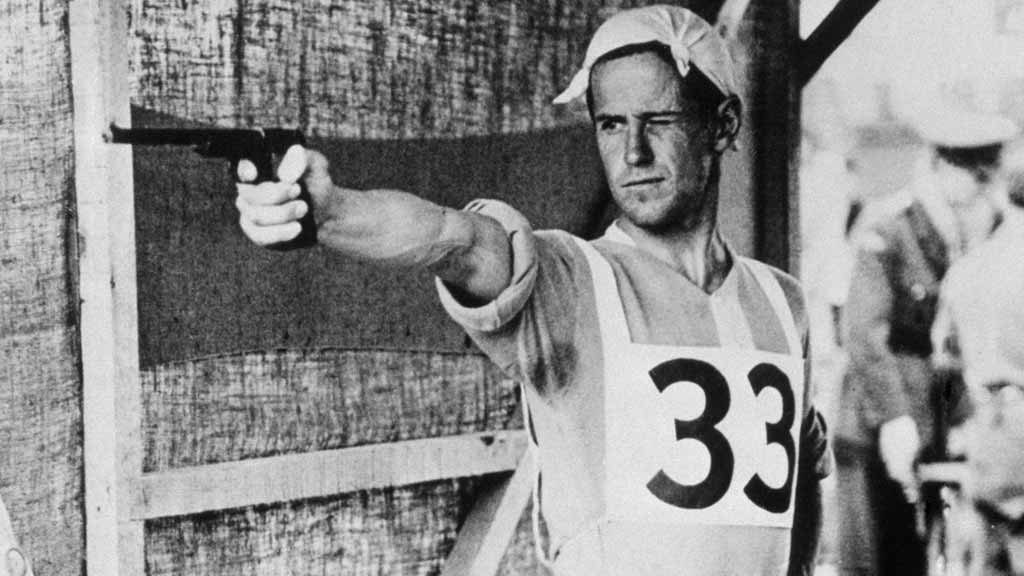 The founder of modern Olympic Games, Baron Pierre de Coubertin, has claimed to be the father of Modern Pentathlon, while the President of the Organizing Committee of the 1912 Olympic games, Viktor Balck, has also tried to provide evidence that he had designed the Modern Pentathlon based on Swedish military sports.

Coubertin tried to recreate the adverse situations that a cavalry soldier might face if he is behind enemy lines. He has to ride an unfamiliar horse, he has to fight enemies with a sword, he has to shoot to survive, he has to swim and he has to run back to his troops.

The first Olympic Modern Pentathlon was won by Gosta Lillehook of Sweden. A team game was introduced in 1952 but was discontinued in the Olympic games of 1992.

The game is governed by the following rules:

Modern Pentathlon is also governed by different rules for the 5 different events.

The rules for Fencing are as under:

The rules for swimming are as under: 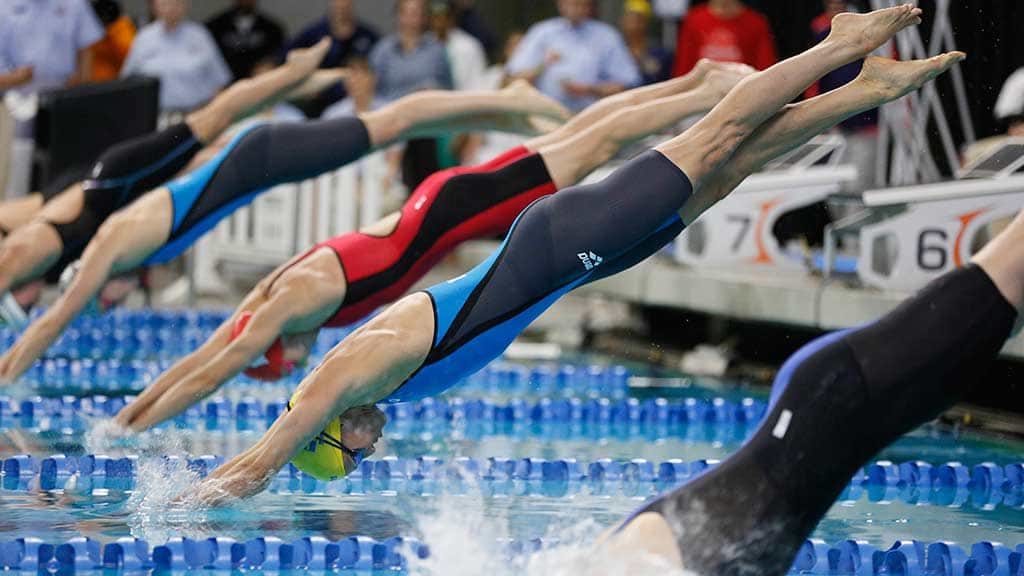 The rules for Show Jumping are as under: The rules for Shooting and Cross Country Racing are as under: 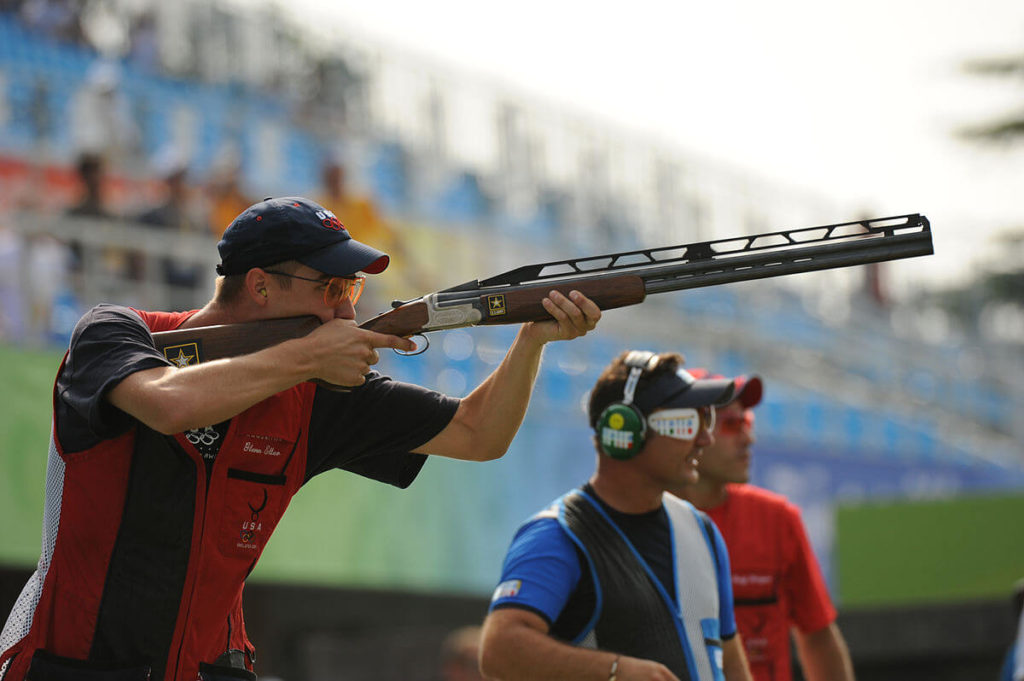 How to Play Modern Pentathlon

To take part in the Modern Pentathlon, a person has to know Fencing, Swimming, Show Jumping, Shooting and must be acquainted with running.

For Fencing, one has to use the epee, which is the sword with which the participant has to touch the opponent. The whole body is a valid target, but touching with only the tip of the epee counts as a point. It is important to wear all the protective equipment before starting the game.

In Swimming, the participant can choose any swimming style but must adhere to it all through the event. 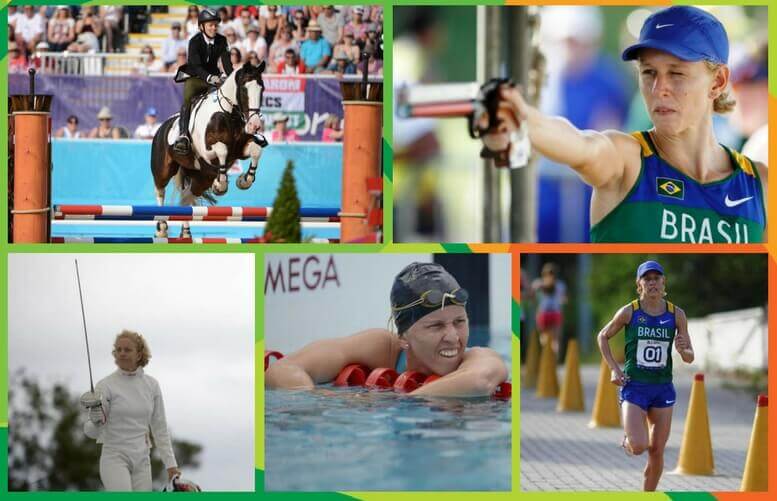 For Show Jumping, the participant gets 5 minutes to get acquainted with their horses before the start of the event. There is a fixed time limit to the event, so the rider has to be both grateful to earn the points, while also ensure that all the obstacles are jumped over. There will be at least one double jump and at least one triple jump.

For the combined sport of Shooting and Cross Country Race, the shooting is conducted indoors, and a 4.5 mm air pistol is used by the participants to shoot at fixed targets, which are placed at a distance of 10 meters. The participants are provided with 20 rounds to use in shooting and have a maximum time of 40 seconds to take their shots. The best 10 shots are taken into account for allocating points. The cross country race is generally run on a coarse public road and the athletes who complete the race within the stipulated time are awarded 1000 points.

Modern Pentathlon is a rigorous test of athletes all-around abilities and the participant with the most overall skills wins the game. It is a fascinating tournament of connecting one to the roots of survival and giving the participants a chance to get in touch with their instincts.