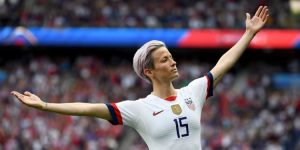 Megan Rapinoe is an American professional footballer who plays as winger and midfielder for the Region FC in the National Women’s Soccer League. Being a member of the Women’s national football team of the United States, she had contributed her role in taking over the titles like FIFA Women’s World Cup two times. She had also brought a gold medal from the 2012 London Olympics and finished 2011 FIFA Women’s World Cup as runner up. She has been serving her national team as a Caption with Carli Lloyd and Alex Morgan.

Megan being a Gay, have been seen advocating numerous LGBT organizations some of which includes the Gay and Lesbian & Straight Education Network, Athlete Ally and so on. For her role-play she had been honored from the board of the directors’ Awards from the Los Angeles Gay and Lesbian Centre. Megan despite football has been seen sponsoring brands like Nike, Samsung, and DJO Global.

Megan was born on 5th July 1985 in Redding, California, the U.S to Jim and Denise, she was born as a twin, her twin sister name is Rachel Rapinoe who is also gay like Megan. At the age of 3, her elder brother Brian introduced her with football, both the twin sisters were very fond of playing football and decided to peruse it as a profession. Megan till the day she joined the high school plays football with most of the teams coached by her father, but after joining the high school she went on playing with Elk Grove United Pride club team located at the south of Sacramento. She played three years for Elk Grove representing the team in Women’s Premier Soccer League with her twin sister, and future national teammate Stephanie Cox, at the US Youth Soccer National Championship she netted an equalizer goal at the 18th minute to end the game in a tie against Peachtree City Lazers. She ends with second place in the nation after the Lazers scored a game-winning goal in the second half. After a decent carrier at the Elk, she joined the United of Portland Pilots in 2005 on full scholarships. She played FIFA U-19 Women’s World Championship in 2004 where his team ranked third. In the same year, she helped the pilots to remain undefeated through the season of the NCAA Divison I Women’s Soccer Championship. At the quarter-finals of the College Cup she netted goal twice and assisted one goal, to lead the team in the finals. At the final match, she helped netted a goal for his team against UCLA and won the College Cup by 4-0, after the game she was named NSCAA First-team All-American and was on the Soccer America First team Freshman All-America. In 2006 she became the leading scorer with ten goals and two assists in eleven matches, but in a match against Washington State University on October 5 she suffered from ACL Injury, but despite the injury she was one of the four Portland Players in the program’s history with a score of 25 goals and 15 assists in two seasons. IN 2007 she again suffered from the ACL injury, due to which she played only two games in the whole season. After recovering from the injury she made her return in 2008 season and helped the team to secure a 20-2 record scoring five goals and 13 assists. Her 88-point career includes 30 goals and 28 assists in 60 games. 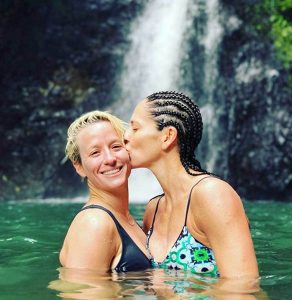 Megan, during her first year at college, got to know that she is Gay, she publicly came out in 2012 July, revealing her relationship with the Australian soccer player Sarah Walsh since 2009.Presently Megan is a relationship with Sue Bird and has been dating since 2016, in 2018 both became the first same-sex couples to be on the cover page of ESPN’s The Body Issue

In 2009 Megan was selected by the Chicago Red Stars for the Women’s Professional Soccer season, which was the highest division of soccer in the United States at that time. She played the 2009 WPS All-star Game against the Swedish damallsvenskan Champions UmeaIK. In 2010 she started in 19 of the 20 games for the Red Stars. Appearing for the Red stars she in four more games after Chicago Red Stars ceased operations she joined the magicJack, on a fee of $100,000. She helped the team to finish third in the league standings and secure a spot in the playoffs. At the semi-final match against the Boston Breakers on 1th August 2011, she contributed a goal to solidify the team’s 3-1 win. But on 25 October 2011, WPS voted to terminate the magicJack franchise due to which the players were left as free agents for the next 2012 season.

In 2011 October, Megan signed Australian W-League team Sydney FC as a guest player for two games, she through netting a crucial goal in the remaining seven minutes sealed three points for Sydney that added as their first win in 2011-12 season, in the games ahead Sydney finished third in the regular season and was advanced to playoffs where they were defeated by Brisbane Roar in penalty kicks. During the 2012 Summers, Megan joined the national team to play with Seattle Sounders Women in between the camps with the national team as they prepared for the 2012 Summer Olympics. Megan with her teammates sold nine of their ten home matches in the 4,500 capacity Starfire Stadium. IN January 2013 she signed Rapinoe for six months with Olympique Lyonnais, for the club she played six regular-season matches for the team, scoring two goals primarily as a Left-Winger. She made her debut during the UEFA Women’s Champions League at the first-leg of 2012-13 quarterfinals against the FC Malmo where she netted a goal in 24 minutes, at the semi-final she again netted a goal solidifying her’s team win by 6-1 against FCF Juvisy, Unfortunately, she faced defeat in the finals by 1-0. IN 2013-14 season she made four appearances for the Lyon and netted one goal against the FC Twente. After season end she announced her returning to the Seattle Region and joined the club, playing for the team her major contribution was then, when at the playoff semi-final against the Washington Spirit, she netted a winning goal to advance her team into the championship final where unfortunately the club was defeated by Kansas City by 2-1, For the national team she had been an integral part of the 2012 London Olympics and 2011,2015 and 2019 FIFA Women’s World Cup. For her contribution, she has been awarded Golden Ball, Golden Boot in 2019 as well as Player of the Match in 2019’s FIFA Women’s World Cup. She had also been the finalist for the Ballon d’Or Feminin in 2018 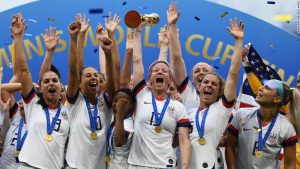 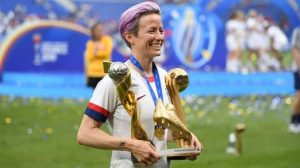 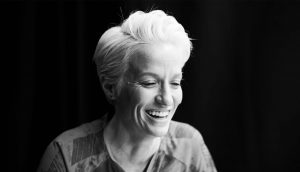 EDUCATION: University of Portland, Oregon, and the U.S 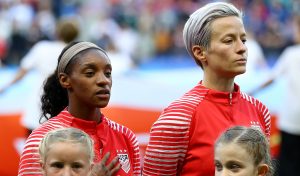 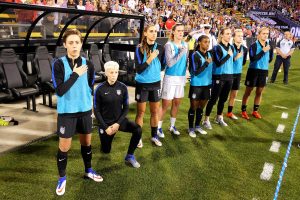 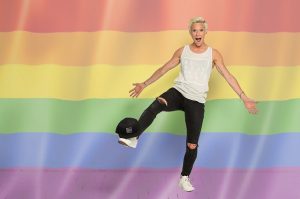