Major Kabaddi Tournaments: Kabaddi- an ancient Indian sport with its stocks on the rise in the country is also amid a resurgence in the subcontinent. Although the game is still mostly unknown outside of South Asia, the game has slowly been finding its feet on the world map.

Known as the game of rural India, Kabaddi has long considered an outdated game in front of games like cricket and football. A mix of red rover, tag, and wrestling – kabaddi was never seen as a sport which can bring revenues and spectacle of other sophisticated games.

However, this opinion quickly changed in 2014 with the launch of Pro Kabaddi Leauge. Backed by media behemoth Star Sports, the league turned the heads of the fans worldwide by bringing the glamour to the game. With celebrity owners, stylishly marketed franchises, strategically revamped rules to make the game exciting and a massive inflow of cash, the league started with a bang and in no time almost 200 million viewers tuned into the league in nearly 100 countries. 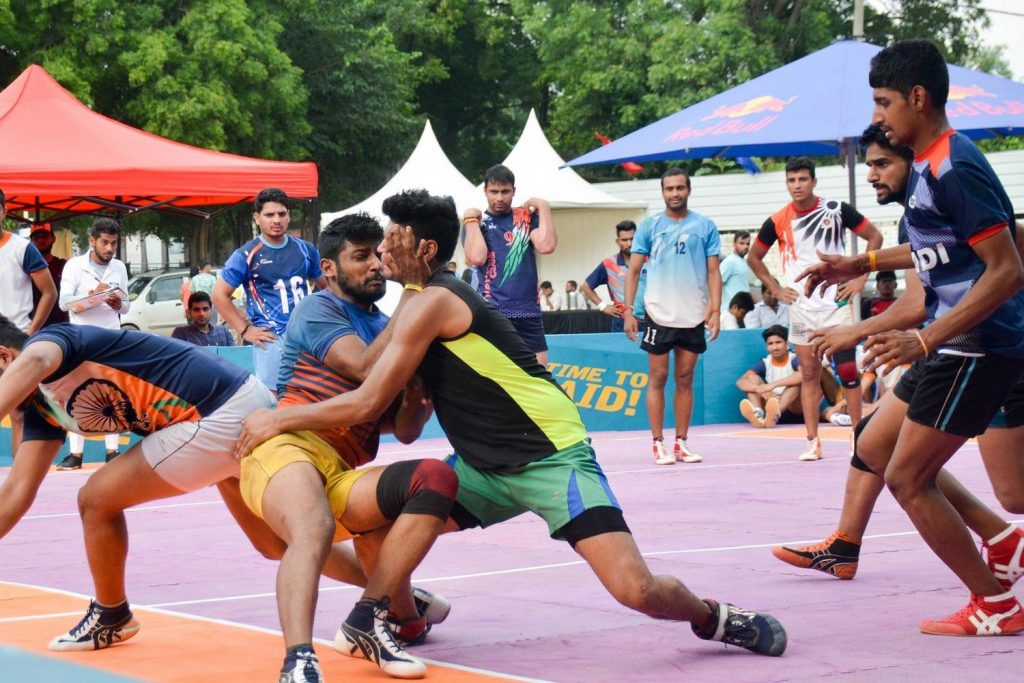 The modern form of Kabaddi game is played all over India and many parts of South Asia since 1930. In the year 1950, the All India Kabaddi Federation (AIKF) was formed to promote and regulate the game within the country. With the formation of AIKF, the Senior National championship began in 1952. Another new body, the Amateur Kabaddi Federation of India (AKFI), came into existence from the year 1972 with a mission to popularize the game in India as well as beyond its borders. The AKFI affiliates to Indian Olympic Association (IOA) and making the efforts to include the game of Kabaddi in the Olympics.

Indian National kabaddi team represents India in the international Kabaddi arena. In the Asian games, India has won Gold medals for Kabaddi in 1990, 1994, 1998, 2002, 2006, 2010 and 2014 edition. Furthermore, India has dominated the Kabaddi World Cup by winning all 3 editions of the Kabaddi World Cup so far. In the Asian Games, the game of Kabaddi has already brought many laurels to the nation. As the game was a Demonstration Sport in the 1936 Berlin Olympics, and considering the popularity of the game at present  Kabaddi fans in the are still waiting for it to be formally included among the Olympic disciplines sooner than later.

With the inception of tournaments like Pro Kabaddi League (PKL), the game of Kabaddi is finally getting the recognition it truly deserves, and Kabaddi fever has now gripped the country and worldwide audience as well. Kabaddi is no more is a game of rural India as it has become an instant hit in metros and is accepted by the masses alike.

Playing Kabaddi in the league format has given the sport a new lease of life with a healthy competitive edge, nurturing hidden talent, providing a stadium experience for fans to relish. With some action-packed entertainment, Kabaddi is giving its fans a healthy dose of some nail-biting action.

With the introduction of international tournaments such as the Kabaddi World Cup, Asian Games, and Kabaddi Masters Dubai, Kabaddi is gradually making its place in the hearts of the worldwide audience as well. Meanwhile, let’s take a look at the major tournaments played in India which are heavily contributing to the development of the game in the country.

Major Kabaddi Tournaments Which is Played in India

An Initiative by Mashal Sports and Star Sports India, the Pro Kabaddi League has taken over domestic kabaddi spectrum in India. Since its launch in 2014, Pro Kabaddi League has re-defined the sports league space in the country. The league does not have only proved its doubters wrong, but it has successfully become the second-most viewed league in the country behind IPL. Pro Kabaddi League was the first to introduce the franchise-based format to India’s indigenous game of Kabaddi. The league has revolutionized the game with stunning innovations, and it has made it into an exciting sport to watch for fans to get hooked on. As a result, the league has witnessed tremendous growth in its viewership over the past six seasons. 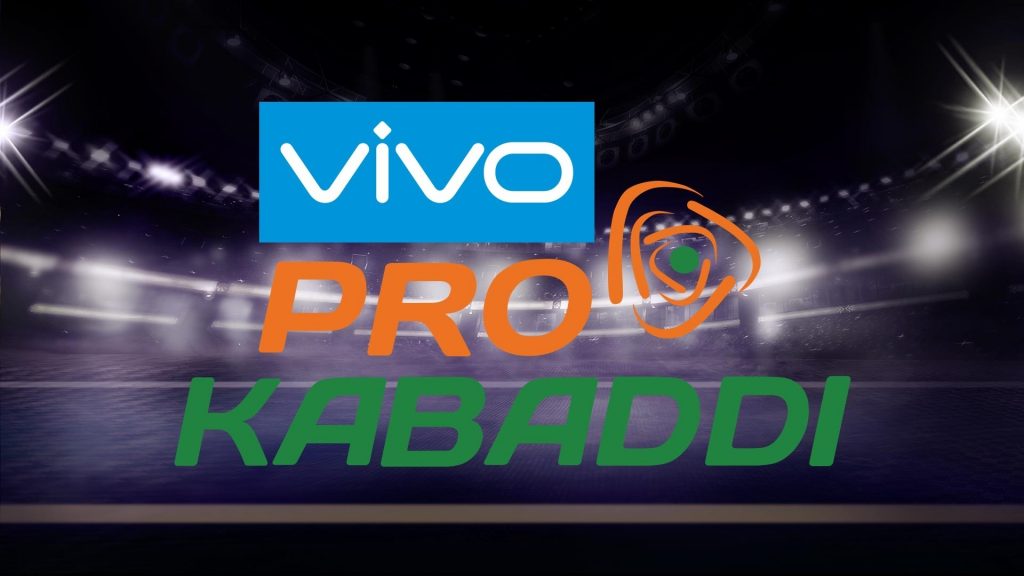 Patna Pirates is the most successful team in the Pro Kabaddi league with three titles against its name. 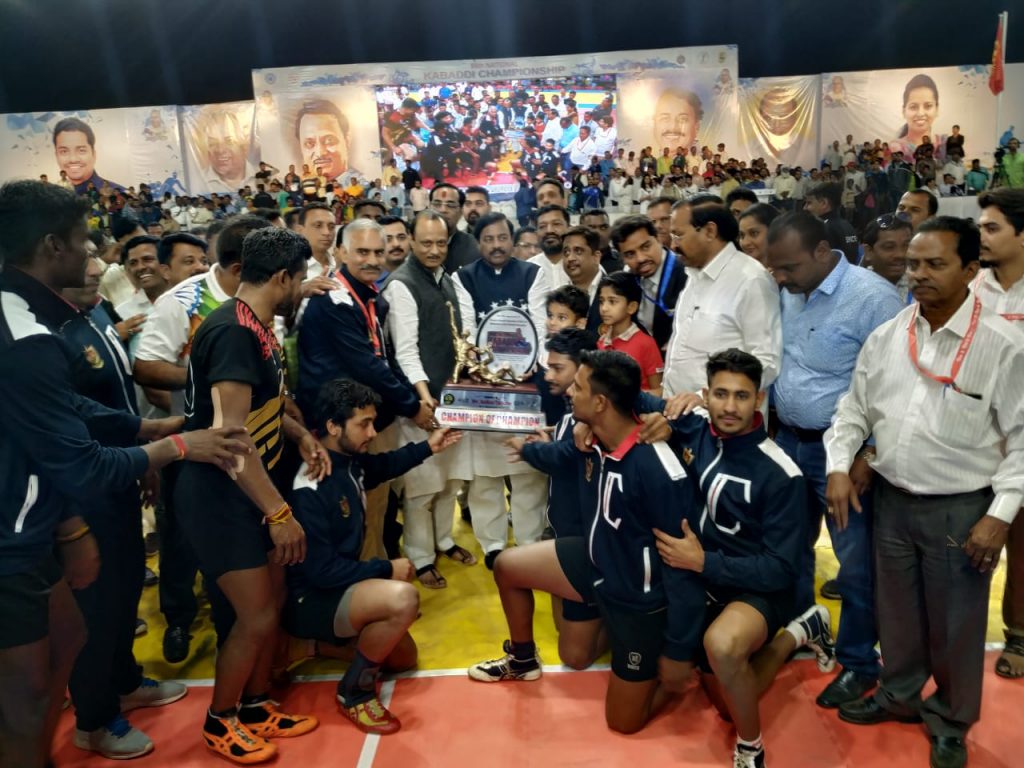 The Federation Cup has become one of the most recognized Kabaddi tournaments in India since its introduction in 2013. Top 8 teams from the National Championship go head to head in both male and female categories. The competition is played on a league-cum-knockout basis with the top two teams advancing to the semi-finals. Just like the National Championships, Federation Cup also is an annual tournament which is played in various both Junior and senior groups. 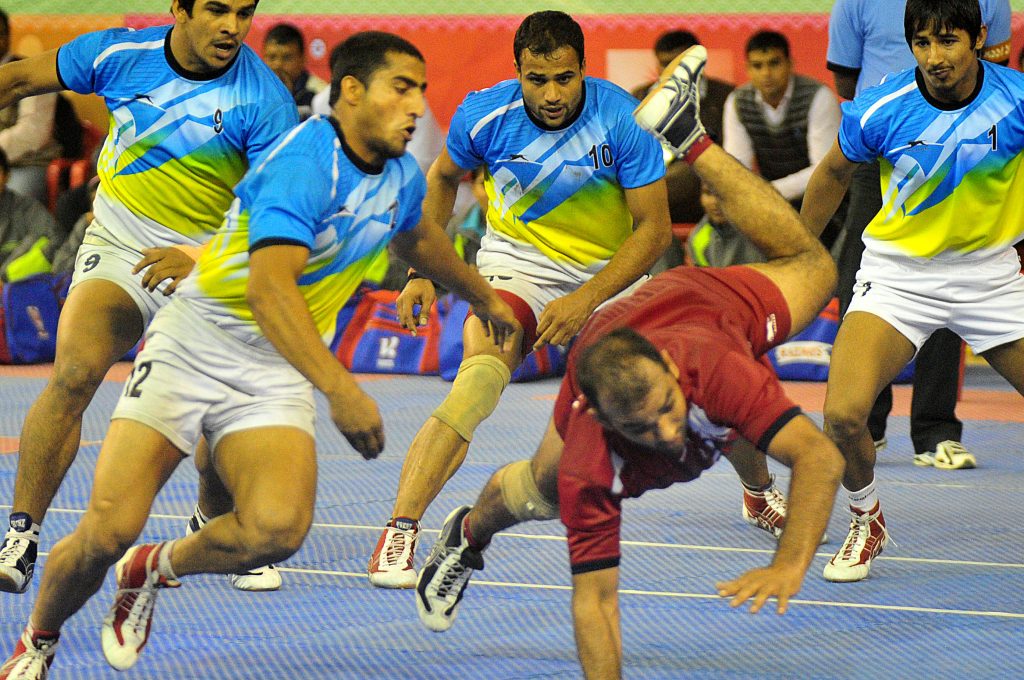 While the Services edged past Karnataka to lift the title in Men section, Indian Railways pipped Himachal Pradesh to clinch women’s crown in the 3rd senior Federation kabaddi Tournament.

The Amateur Kabaddi Federation of India took an out-of-the-box initiative by introducing the Beach National Kabaddi Championship. Beach Kabaddi follows the same rules of a regular Kabaddi game except a few. The most significant difference is the surface of the game. As the name suggests, beach kabaddi is played on the sand court instead of the mat. Each team consists of 6 Players instead 12, and only 4 Players are allowed to take the ground at a time instead of 7, and the remaining 2 players play as substitutes. 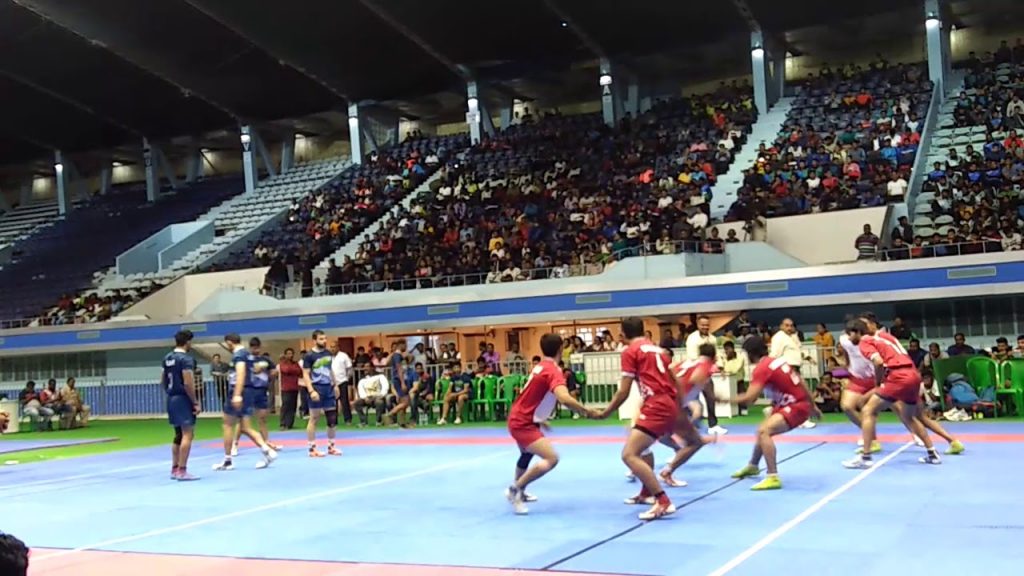 In February, the beach Kabaddi concluded its 10th edition, and the 11th edition already has been scheduled to be played this year itself. The competition is played only in the senior category for both Men and Women. Uttarakhand Kabaddi Association is set to host the 11th Beach National Kabaddi Championship in Haridwar.

The Departmental National Kabaddi Championship is one tournament where various Government Sector Industries/Departments go head to head to become champion. In 2009, 20 teams participated in the inaugural season of the tournament, and since then it became an annual tournament. In the 9th edition of the Departmental National Kabaddi Championship, 16 teams battled each other for the glory, and Air India Sports Division emerged as the winners of the tournament. 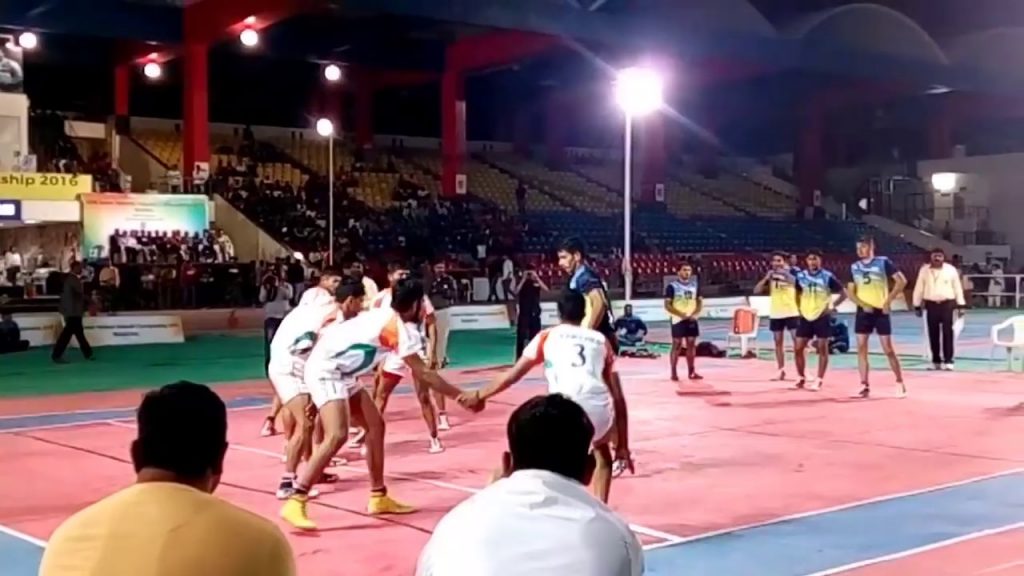 Karnataka Amateur Kabaddi Association will host the next edition of the Departmental National Kabaddi Championships in Bangalore. Although there is no confirmation of the dates yet, the tournament is slated to take place this year.

Haryana Government conducts Pandit Deen Dayal Upadhyay Memorial All India National Style Kabaddi Championship. The inaugural and the 2nd edition of the tournament were won by Haryana and Services respectively. The Haryana government hosted the 3rd edition of the tournament from 22nd to 24th February at Hisar, Haryana. Railways emerged as the champions by defeating services in the finals. 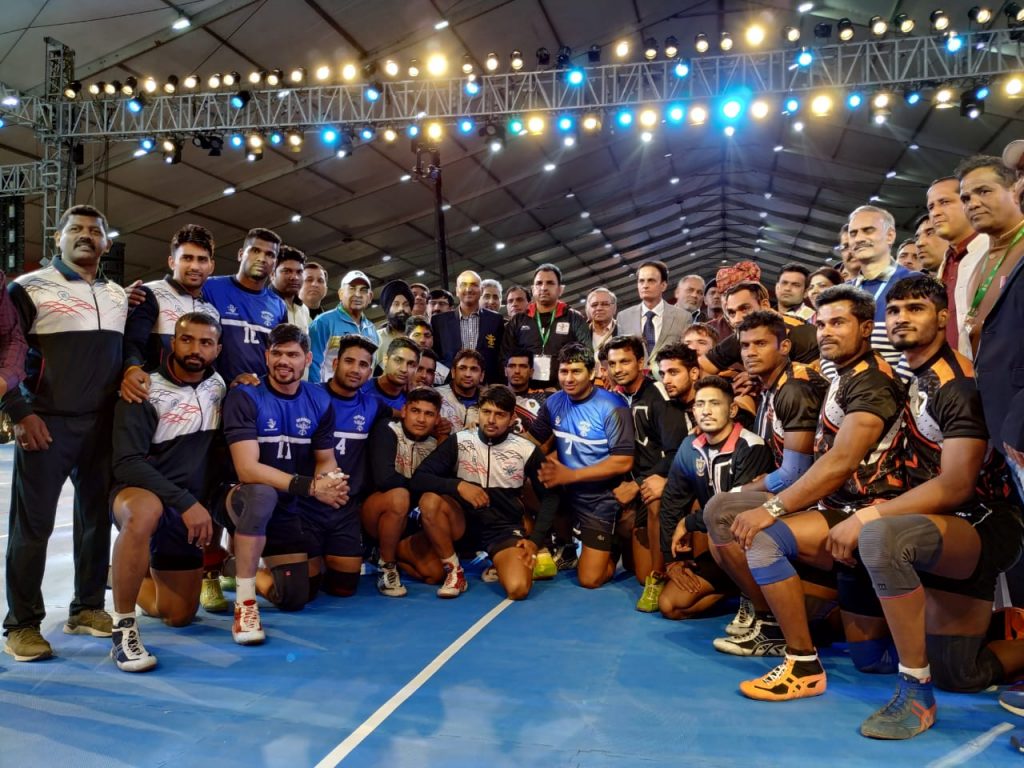 The tournament is organized on mats, and it is played under the rules and guidelines of AKFI.

The ancient sport of India, Kabaddi, has been on the rise in India lately. After the enormous success of ‘Pro Kabaddi League,’ the regional Kabaddi leagues are also getting enough response from the fans. 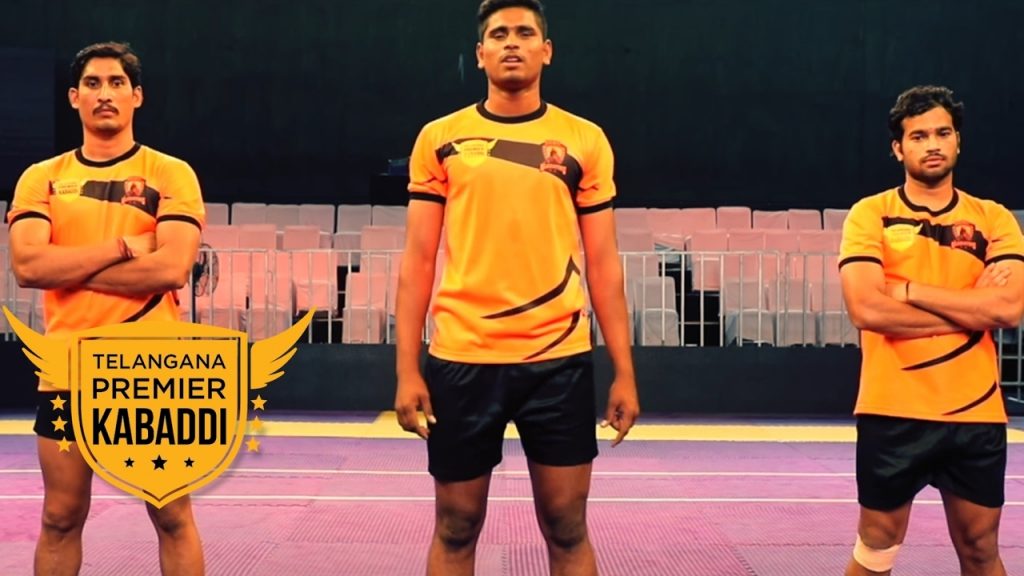 In the bid to promote Kabaddi on the highest level, in association with Telangana Kabaddi Association, Chintala sports have created Telangana PremierLeague. Just like the PKL, it is franchise-based league with 9 teams participating.