Leander Paes Biography: Leander Paes is a professional tennis player who hails from Calcutta. One of the most successful doubles players in Tennis, Leander Paes has won eight doubles and ten mixed doubles Grand Slam titles. The legendary Tennis Player has won the most prestigious awards in sports, including Rajiv Gandhi Khel Ratna Award, Arjuna Award, and Padma Shri Award. Leander Paes is also the sports ambassador of Haryana. 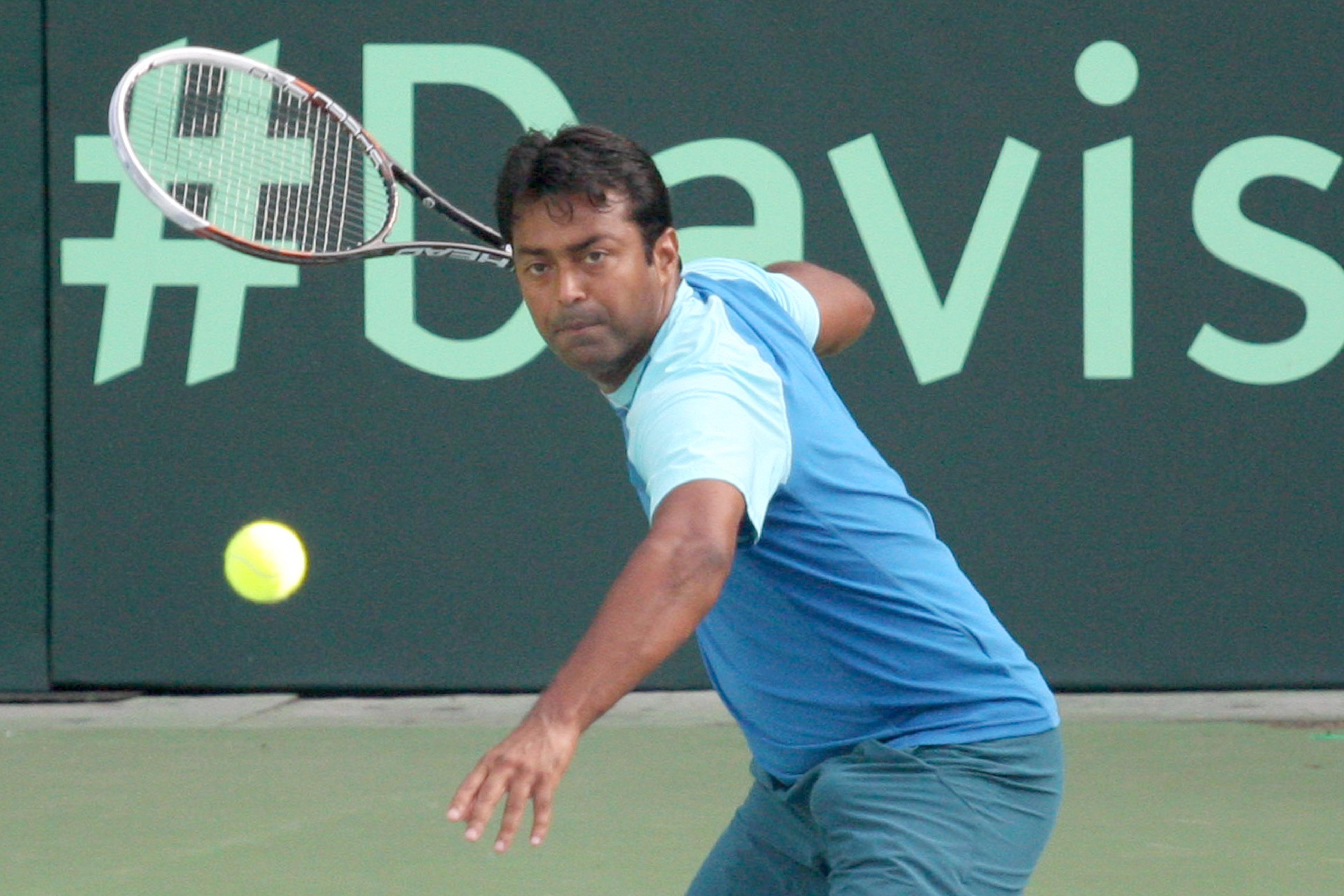 Early Life:
Leander Paes was born to VecePaes and Jennifer Paes in Calcutta on 17th June 1973. He did his schooling from Christian College Higher Secondary School. He pursued his graduation from St. Xavier’s College of the University of Calcutta. The Indian tennis player comes from a sporting background. While his father was a midfielder in the Indian Hockey Team which won bronze at the 1972 Munich Olympics, his mother was the captain of the Indian basketball team which played in the 1980 Asian Basketball Championship.

Leander Paes picked the sport in 1985 when he enrolled himself with the Britannia Amritraj Tennis Academy in Madras (Chennai). His first coach was Dave O’Meara. The Indian tennis player took the nation by storm when he won the 1990 Wimbledon Junior trophy. Paes also rose to number one in the world junior rankings.

Personal Life:
Leander Paes was born in a sports-loving family. Early in his career, Paes dated Bollywood actress Mahima Chaudhary. However, soon they parted ways with the actress reasoning that the Indian tennis star had cheated on her. In 2005, he came in a live-in relationship with Rhea Pillai who was the former wife of Sanjay Dutt. The couple was also blessed with a daughter. However, the relationship after some time saw a fallout.

Professional Life:
Leander Peas made heads turn after winning the Junior US Open and Junior Wimbledon and thus became a professional tennis player in the year 1991. He achieved a remarkable feat in the same year, becoming the number one in the world junior rankings. The Year 1992 saw him reaching the quarter-finals of the doubles event in the 1992 Barcelona Olympics. The legendary tennis player was honoured with Rajiv Gandhi Khel Ratna award in 1996.

Leander Career saw an epic rise when he paired with Mahesh Bhupati in 1996. In 1997, Bhupati rose from 89 to 14th at the end of the year. The doubles team of Mahesh Bhupati and Leander Paes reached semi-finals in three grand-slams, the Australian Open, the French Open, and the US Open.

Partnering with Martina Hingis, Leander Paes bagged a win in the mixed doubles at the 2015 US Open.

Leander Peas is on the top Indian players in the Davis Cup. He started playing the cup at the age of 16. He was an integral cog in the Indian Davis Cup team that reached the World Cup from 1991-1998.

Leander Paes-Mahesh Bhupati Controversy
Leander Paes and Mahesh Bhupati spat isn’t a new story in the Tennis world. The duo had been fighting for over a decade now. The controversy started over Paes’s trainer, Enrico Piperno. Perhaps, Piperno who had a huge influence on Leander Paes didn’t rate Bhupati much in his books. While Mahesh Bhupati didn’t like Piperno, Paesbellieved that Piperno would be useful in a managerial capacity. In addition to that, Mahesh Bhupati wanted to make his own decisions and wanted to come out of the Bhupati’s shadow. Moreover, their father added spice to the spat, giving needless statements in public.

The tension grew further when Mahesh Bhupati made his association with Globosport, a sports management.

The spat between the two once again came to the limelight during the 2017 David Cup. Mahesh Bhupati picked Laender Paes in the six-man squad for the Davis Cup tie, however, left him out in the final four. Leander Paes lashed out at Bhupati for insulting him, though, Bhupati told that he had been clear with Paes all along.

Leander Paes- Mahima Chaudhary controvery
Early in his career, Paes dated Bollywood actress Mahima Chaudhary. However, soon they parted ways with the actress reasoning that the Indian star had cheated on her. In 2005, he came in a live-in relationship with Rhea Pillai who was the former wife of Sanjay Dutt. The couple was also blessed with a daughter. However, the relationship saw a fallout as the couple later saw themselves taken into custody. In addition to that, their daughter was diagnosed with a brain tumour. Owing to medical charges, Paes’ wife Rhea has been asking for added alimony. The case is currently going on in the court as the controversy hasn’t shut down yet

Net Worth:
Leander Paes’ estimated net worth is $8 million. He also owns a Porsche Cayenne Car, worth $60,000. Leander Paes also earned a lot money through brand endorsements and prize money in competitions.