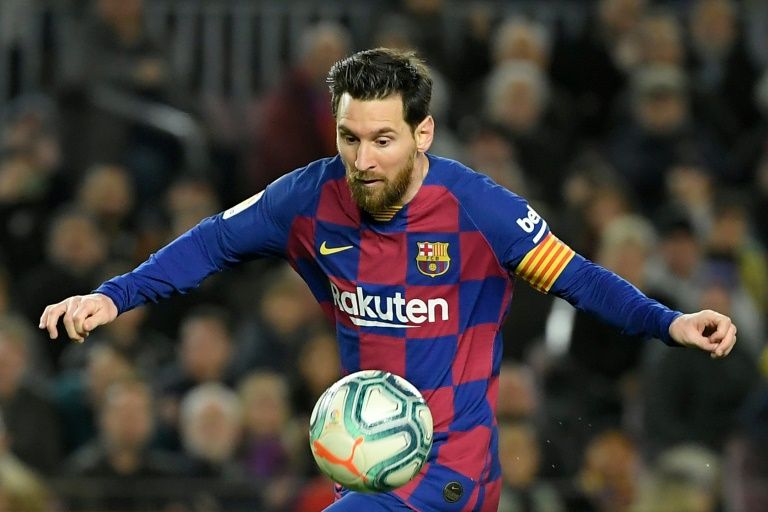 Barcelona talisman Lionel Messi kept his calm from the penalty spot to hand the hosts 1-0 victory over Real Sociedad in La Liga on Saturday thus helping the defending champions return back to the top of the table.

The 2019 Ballon d’Or winner calmly chipped the ball into the back of the net in the 81st minute after Sociedad defender Robin Le Normand had been penalised following a VAR review for hitting the ball with his arm as he contested a cross.

The hosts were struggling to cope with Sociedad’s flowing counter-attacks as the visitors missed several chances to take the lead at the Camp Nou in a bold second-half display. It was then that Barca were handed a penalty which proved to be the crucial difference between the two sides.

The Basques’ frustration at conceding the penalty was heightened when their former player Antoine Griezmann was seen to have pushed over defender Nacho Monreal in the area which was not awarded as a foul to the visitors.

Barca looked to have doubled their lead deep in injury time when Jordi Alba slotted in a cross from substitute Ansu Fati but another VAR review ascertained that the teenage sensation had been narrowly offside when he received the ball from Messi. This victory has helped Barca to move back to the top of the standings on 58 points after 27 games although Real Madrid, on 56, can restore their place at the summit by beating Real Betis on Sunday.

“We won the game with the narrowest of margins but it keeps our hopes of winning the title alive,” said Barca defender Gerard Pique, who also defended the decision to award his side the crucial penalty.

“We have seen several similar situations punished with a penalty recently so as soon as I saw it I thought it was handball,” he added.

Meanwhile, Mikel Merino, the Sociedad midfielder was encouraged by his side’s performance but was frustrated by the result.

“We feel a mixture of feelings as we played really good football, had chances and dominated phases of the game but we lost due to a handball which was very questionable,” he said.