Los Angeles Lakers will host the Golden State Warriors in a Pacific Division battle at the Staples Center. They are entering into this match after defeating the Phoenix Suns in their last game. Their star player LeBron James hasn’t been able to make an impact as he has managed to score just 32 points in the last two games. Lakers have won eight games and just lost 2 games which put them at the top spot in the Western Conference. Moreover, the Lakers have the most dominating record in the Pacific Division as they have won the most matches in the Pacific division matches. Lakers feature 4 wins & 1 loss home record. They haven’t been scoring a good number of points, averaging 108.4 points on the season, ranking them 20th in the NBA. The Lakers are playing excellent defense, holding opponents to an average of 100.1 points, good for third overall.

The Golden State Warriors enter this divisional clash looking to snap a four-game losing streak which included a 122-108 home loss to the Jazz in their latest action. Golden State is down in the last place in the division with only two wins in 11 games. The problem with the side is that they have been hit with several key injuries and that has cost them most of the matches. State Warriors have had a rough road record with just 1 win and 4 losses. As of now, Golden State is averaging a solid 111.7 points, ranking them 14th in the NBA. Their defense has been an issue, allowing an average of 121.2 points, pegging them down at 28th overall.

The match between Los Angeles Lakers vs Golden State Warriors will be played at the venue Staples Center, Downtown Los Angeles. The Arena can hold around 21,000 spectators.

The match between Los Angeles Lakers vs Golden State Warriors will start at 8:30 AM IST on November 14, 2019, Thursday.

The match between Los Angeles Lakers vs Golden State Warriors will be telecasted in India on the Sony Sports Network. You can also watch it online on the SonyLIV app. Live Score & Streaming will also be available on the NBA official website.

Los Angeles Lakers: No such injury or suspension news coming from the team dugout.

Golden State Warriors: Team’s Shooting Guard player Klay Thompson is out for the for this month due to injury. Point guard Steph Curry has been ruled out for the whole season due to a  severe hand injury. While Kevin Looney has also been sidelined due to injury. Shooting  Guard player Draymond Green will be back in the lineup after missing 10 days with a finger injury. The team got a big shock with the news of their star player Damion Lee out due to hand injury. 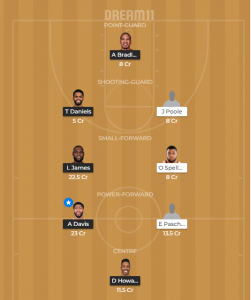