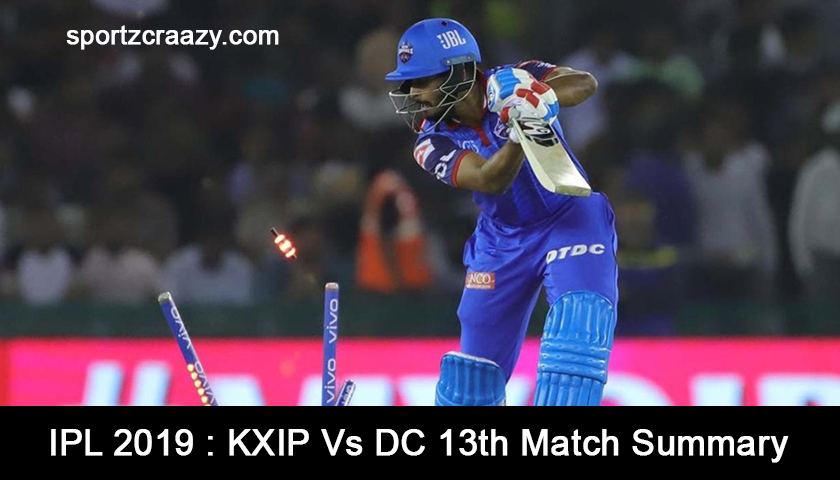 Just 30 runs were needed in the last five overs, with two set batsmen in the form of Rishabh Pant and Colin Ingram was at the crease. Kings’ skipper, Ravi Ashwin handed the ball to his senior most bowler Mohammed Shami who produced the ball of the match, claiming Rishabh Pant’s wicket with a superb Yorker. Chris Morris got himself run out in the next delivery off Ravi Ashwin. And, in the space of just six deliveries, the contest was no more a one-sided affair.

For the second consecutive time, Delhi Capitals made a mess of what could have been an easy win on Monday. Colin Ingram, the only respectable batsman left at the crease was expected to take the team over the line, had hit Sam Curran’s delivery straight to Nair at mid-off, as Mohali stadium saw a sensational turnaround in just 2 overs.

Curran accounted for Harshal Patel’s wicket in the same over, followed by Hanuma Vihari in Shammi’s next over, as the Capitals lost five wickets for just four runs in the death overs. Delhi eventually, lost the match by 14 runs, courtesy a lack of temperament shown by some of the Capitals’ middle over mainstays. In pursuit of a sub-par total, Delhi Capitals were inflicted with a big blow only in the first ball of the innings in the form of 19-year old Prithvi Shaw. Star batsman of the previous match, edged Ashwin’s first ball of the over to the keeper, as Delhi were off to a worst possible start on Monday.

Delhi Capitals skipper Shreyas Iyer then joined hands with in-form Shikhar Dhawan, who led the fightback, taking the total to 61 in seven overs, before Viljoen bowled Iyer on 28. Shikhar Dhawan lost his wicket in the tenth over after making a well-made 30 off 25 balls.

Rishabh Pant and Colin Ingram then took the matters in their hands, as the duo formed a 62-run partnership together and were cruising in the chase at one stage, before Shreyas Iyer’s side saw a collapse and eventually lost the match by 14 runs on Monday. 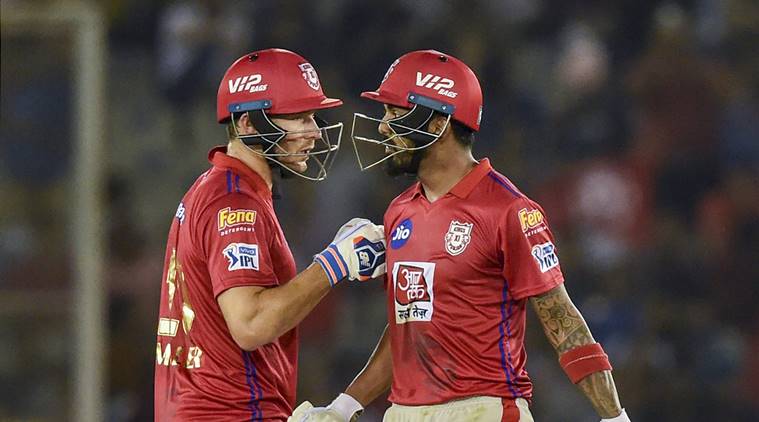 Earlier, Delhi Capitals bowlers didn’t allow any Kings Eleven batsman to get settle and capitalize further into the innings. New opening pair of KL Rahul and Sam Curran did get starts, however, failed to convert them into big totals. Kagiso Rabada and Chris Morris started off brilliantly, with the latter getting rid of KL Rahul early on 15.

A new opener in the form of Sam Curran hit three fours and a six, before the Nepal-born spinner Sandeep Lamichhane got him leg before on 20, followed by Mayank Agarwal’s unfortunate run-out by Shikhar Dhawan, as the Kings were reeling on 58-3 in seven overs.

The duo put together a 62-run alliance between them, taking the team’s total past 100 in 12 overs. Sarfaraz Khan carried on his brilliant form, smacking six fours in his innings, before getting out on 39 as once again Lamichhane came to Delhi’s rescue, helping his team break the important partnership.

David Miller, though, continued his fireworks, making sure the Kings reach at least 180 in twenty overs. Once again, the left-hander showed how handy he is in the T-20 format, smacking six boundaries in his inning. However, Kings lost the left-hander at an unfortunate stage of the match as Chris Morris proved to be the biggest headache for the Kings. Miller scored a valiant 43 off 30 deliveries, including four fours and two sixes.

Chris Morris and Sandeep Lamichhane were the best bowlers on the day, who never allowed the batsmen to get settled, picking wickets at regular intervals, though the Men in Red still manage to score 166 at the end, thanks to a good cameo in the end by Mandeep Singh, picking up 10 runs in the final two deliveries off Rabada.