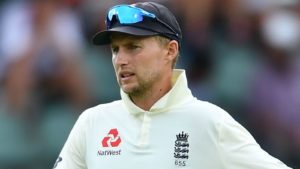 According to the latest findings, England Test Skipper Joe Root might not captain his side against West Indies and Ben Stokes is likely to lead England in the first Test match.

The root will miss the first test match if it clashes with the birth of his first child, but backed vice-captain Ben Stokes to take charge in his absence. West Indies tour of England will start from July 8th onwards in Southhampton behind closed doors, subject to government approval.

Root’s wife, Carrie is due to give birth to their second child in early July and England skipper is in the discussion with medical officials on whether he can leave the on-site hotel and return to the biosecure venue.

Root informed reporters “The due date complicates things slightly. In terms of bubble and pregnancy, It’s always an evolving thing”.

He further added that,

“It’s being discussed with the medical team and we are always trying to stay updated on it. How it will finally look I am sure of it now”.

“It will have to come down to government guidelines and we have to make sure that we follow these protocols and do whatever is right by that”.

Root backed Stokes, saying that he is the best choice to lead the side in his absence. Stokes has been a great match-winner for England across all formats in the last few years.

Root concluded on taking about qualities that Ben Stokes possesses.

“ One of his great qualities as vice-captain is the example he sets- the way he goes about his training, how he wants the ball in difficult circumstances, the way he stands up in the difficult scenarios like that”.

“ These are the great qualities that a leader possesses and something he could take into his captaincy. I love seeing him as vice-captain and could see him doing a great job as captain”.