JNG vs CHQ Dream11 Prediction: In the next match of Chinese Super League, Chongqing Lifan will be hosting Jiangsu Suning at home. Both the teams haven’t had a consistent season so far; Jiangsu is at 5th position while Chongqing is at 10th spot in the league table. Jiangsu would be looking to win as many as game possible from here so as to give themselves a chance to get into the top 4. 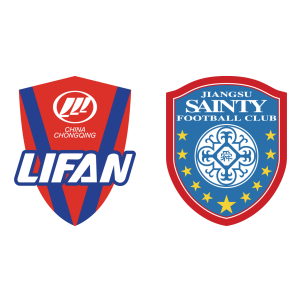 The match is scheduled at 5:05 PM IST, on 20th September 2019. The match will be played at Chongqing Olympic sports center, home of Chongqing Lifan.

DSport in the broadcaster for Chinese Super League in India.

Fernandinho Silva – the Brazilian has been the key in the middle as he can make through balls and crosses in the opposition’s half. The attacking midfielder has scored 5 goals and has made 2 assists.

Adrian Mierzejewski – the Polish attacking midfielder is another important aspect of the squad who has impacted the team performance. He has scored 6 goals while making 5 assists to name.

Alex Teixeira – the Brazilian can play both as midfielder as well as a proper striker as and when required. He has been successful in both roles this season with 16 goals and 5 assists to his name.

Xie Pengfei – the attacking midfielder like to hold the ball and get into the attacking positions in the middle. He has been quite impactful this season so far.