Jaipur Pink Panthers will take on the UP Yoddha in the second game of the day. Jaipur Pink Panthers are enduring a very fine run which sees them at the top of the table, having lost just 1 game this season. UP Yoddha, on the contrary are second from bottom and have failed to get going, losing half of their 8 matches played with 2 wins and 2 ties. 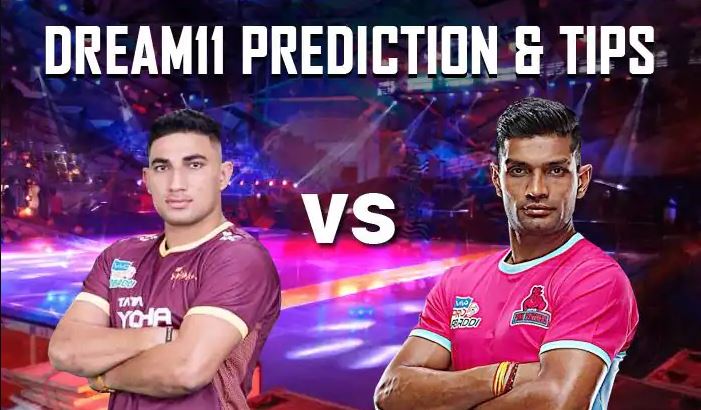 For Jaipur Pink Panthers, Deepak Niwas Hooda has come good, while Sandeep Kumar Dhull has been the top defender of the league thus far. Nitin Rawal is back and he came really good in the 3 matches he has featured in this season.

For UP Yoddha, Sumit has held their defence, while the duo of Monu Goyat and Shrikant Jadhav have done the job raiding in the opposition half.

JAI vs UP Broadcast Details
Jaipur Pink Panthers vs UP Yoddha match will be telecasted on Star Sports Network in Hindi, English and other regional languages. Live score updates are available on prokabaddi.com, while live stream will be available on Hostar.

JAI vs UP Best Players
Jaipur Pink Panthers
Deepak Niwas Hooda– He has been the best all-rounder in the league this season. He has 60 points in 7 games.

Nitin Rawal– Deepak’s fellow all-rounder, Nitin Rawal has been exceptional too. He has played 3 matches in the season thus far, and has scored 13 points.

Sandeep Kumar Dhull– He has been the top defender thus far this season with 30 points in 7 matches.

UP Yoddha
Sumit– He is the joint third top-scoring defender this season with 26 points 8 matches.

Shirkant Jadhav– The raider has been in fine form and has been the side’s top-scoring player in the last 2 matches. He has now got 30 points in 8 matches.

Monu Goyat– He has outscored his fellow player Jadhav with 33 points in 8 matches.

Suggested JAI vs UP Dream11 Team 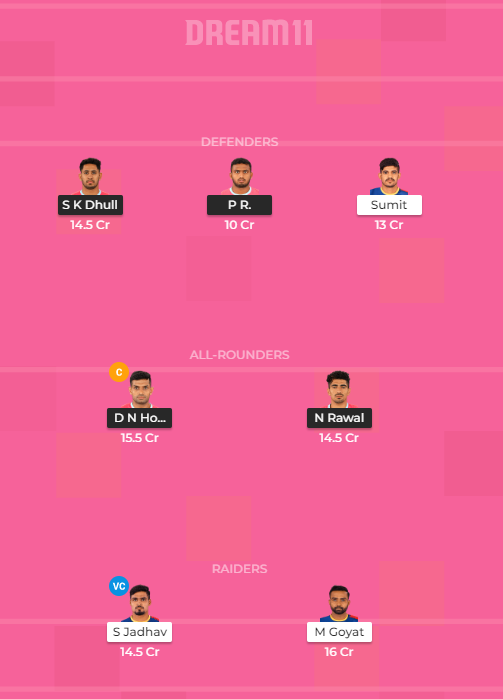 Catch all the live updates of JAI vs UP Pro Kabaddi match, including live scores and match report. This time JAI vs UP Dream11 Prediction will depend on the final team line-ups.